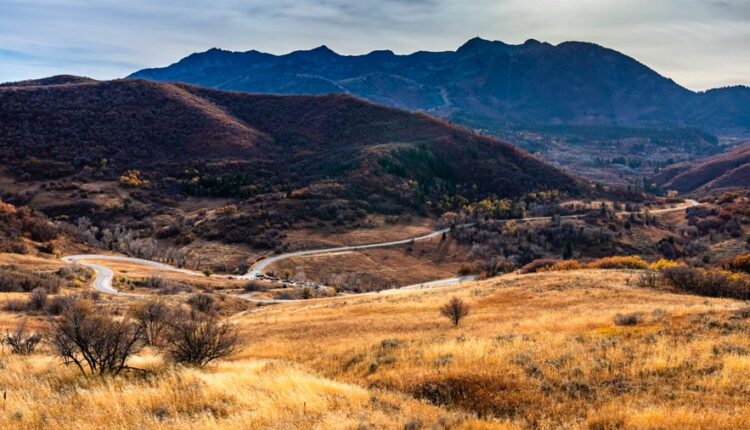 Other victims can be found near Joyce Yost’s body

SOUTH OGDEN, Utah – A former South Ogden police officer who led the investigation into Joyce Yost’s August 1985 disappearance for years believes Douglas Lovell, the man charged with Yost’s murder and convicted of capital murder, also plays a role may have played a role in the unsolved disappearance of another Weber County woman.

During the 1993 negotiations, Lovell promised to take the police to where he claimed to have killed Yost and left her body. Several weeks of intensive search at this location near the Snowbasin ski area in the summer of 1993 could not uncover any trace of Yost’s remains.

The view of Wheeler Creek Drainage and Old Snowbasin Road in Weber County, Utah on October 17, 2020. Mount Ogden and the Snowbasin Ski Area are on the horizon. Douglas Lovell told police in 1993 that he buried Joyce Yost’s body in a grove of trees not far from here. (Photo: Dave Cawley, KSL Podcasts)

“In my opinion, that’s why he never got us where Joyce was,” said former South Ogden police officer Terry Carpenter in an interview for season two of KSL’s investigative podcast series COLD. “She’s elsewhere and, to be honest, I still believe Sheree Warren is with her to this day.”

Sheree Warren was last seen leaving the Utah State Employees Credit Union headquarters in Salt Lake City on October 2, 1985. She had told a colleague at the time that she was going to meet her estranged husband, Charles Warren, in a nearby car dealer. This building in Salt Lake City housed the offices of the Utah State Employees Credit Union in 1985. Sheree Warren was in a week-long management training program when she disappeared on October 2, 1985. (Photo: Dave Cawley, KSL Podcasts)

Charles and Sheree Warren were separated at the time and shared custody of their three-year-old son. Sheree Warren was living with her parents in Roy, Utah at the time of her disappearance. Roy’s police believe she was murdered but have not made any arrests in the case. Sheree Warren’s body was never found.

Police records obtained from COLD indicate that Charles Warren told a detective that he called Sheree Warren at work that afternoon and told her that his plans had changed and that he no longer intended to meet her as previously agreed .

When Sheree Warren left work around 6:30 p.m., she reportedly told a coworker that she had gone to the dealer to meet her estranged husband, contradicting information from Charles Warren that he had canceled their scheduled rendezvous. Sheree Warren did not return to her parents’ house that evening and has not been seen since.

Las Vegas, Nevada Metro Police found Sheree Warren’s car behind the Aladdin Hotel and Casino a little over a month later. Police documents show that Charles Warren authorized a search of the vehicle, which found no definitive evidence of Sheree Warren’s whereabouts. The police records also indicate that investigators initially considered Charles Warren a suspect, partly because he refused to undergo a polygraph test.

Police also suspected a man named Cary Hartmann, with whom Sheree Warren was dating before she disappeared.

The focus on Hartmann intensified in the spring of 1987 after an anonymous caller called Roy’s police force and reported they found a woman near the Causey Dam. A witness told police he saw Hartmann chase Hartmann in the mountains south of Causey the weekend after Sheree Warren’s disappearance. The remains reported by the anonymous caller were never recovered.

Hartmann has repeatedly denied knowledge of Warren’s fate in various police interviews conducted over the past three decades. Hartmann served most of his time in prison tied to his conviction for a 1986 series of rapes.

The Utah Board of Pardons and Parole released Hartmann from custody in 2020. Roy’s police have confirmed to COLD that both Hartmann and Charles Warren remain interested in people interested in their ongoing investigations into cold cases.

Possible contacts between Lovell and Warren

Douglas Lovell is not currently a key figure in Roy’s police investigation into the Sheree Warren case, but COLD’s review of the records from the Joyce Yost and Sheree Warren cases has uncovered tangential links between Lovell and Warren.

Doug Lovell’s wife, Rhonda Buttars, was working for the Utah Department of Social Services in 1985 when both Joyce Yost and Sheree Warren went missing. During a 1993 trial, she testified that she and Lovell did their banking “past” Joyce Yost’s apartment on 40th Street in South Ogden. Sheree Warren worked in this building for the Utah State Employees Credit Union in the summer of 1985. Douglas Lovell was also known to visit this branch during the same period. (Photo: Dave Cawley, KSL Podcasts)

Sheree Warren had worked as a cashier at that branch of the credit union for the months before her disappearance.

At the same 1993 trial at which Rhonda Buttars testified, a man named Tom Peters, whom Lovell had tried to hire as a killer, described meeting Lovell in the summer of 1985 near the same branch of the credit union where Warren was then working. Peters said Lovell was trying to cash a workers’ compensation check at the time to pay him for the hit. Lovell eventually paid Peters $ 800, but Peters said he used the money to buy and play heroin. He wasn’t trying to kill Yost as Lovell had asked.

Lovell received a death sentence in 1993 for admitting killing Yost himself to prevent her from testifying against him in a sexual assault case. In the weeks following the hearing, he spoke to a reporter. An Associated Press story released after that interview said the police at the time were interested in questioning Lovell about Sheree Warren. The AP reported that Lovell denied ever meeting Warren.

“I wish they would speak to me before they started tossing my name around,” the AP story quoted Lovell as saying.

Lovell declined or ignored several requests for an interview for COLD.

Another important but previously unreported clue that may link Lovell and Warren emerged from COLD’s review of the case files. It is a tip given to the South Ogden Police Department months prior to the prosecution indicting Lovell for the murder of Joyce Yost.

The tip came from an informant named William Babbel, who was staying with Lovell in 1991 in the dormitory of Utah State Prison. Babbel and Lovell were also employees at Utah Correctional Industries at the UCI sign store. Lovell had used Babbel’s help with drafting documents to appeal his conviction in the sexual assault of Joyce Yost.

Babbel later told police that Lovell described a surprising encounter with Police Sgt. South Ogden. Terry Carpenter months earlier, on May 20, 1991. Carpenter had gone to jail to confront Lovell with incriminating information recently received from Rhonda Buttars, who had divorced Lovell the year before.

After that meeting, Babbel claimed, Lovell returned to the UCI sign shop and said, “I thought you were here to ask about Sheree Warren.”

Babbel described Lovell’s alleged comment by Sheree Warren in a December 19, 1991 interview with Terry Carpenter that was taped. COLD received a copy of this record through an open record request.

“In my opinion [Lovell] knows about it, ”said Babbel in the recording. “And he says, ‘Well, they’ll never hold onto me because Cary Hartmann is the one who’ll end up eating this.”

Babbel died in 2008. Cary Hartmann declined a request for an interview and referred questions to his attorney. Hartmann’s attorney did not respond to an email asking for comment.

Listen to the full episode

The second season of the COLD podcast takes you into the investigation into the murder of bodies sparked by Yost’s disappearance. With never-before-released audio tapes, you can hear Yost use her own voice to describe the events that preceded her death.

You will learn why the police suspected a man, Douglas Lovell, but were unable to arrest him at the time. And you will see how some individuals and institutions gave – and continue to give – Lovell every opportunity to evade the ultimate punishment.

Hear the voice of Joyce Yost for the first time on the COLD Season 2 Podcast, which you can listen to for free on Amazon Music.