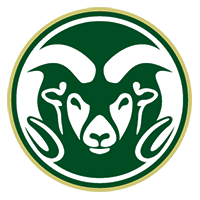 The Rams’ offense got started early with the first shot coming in the sixth minute of Thursday night’s matchup. A hotly contested first 20 minutes left both teams scoreless until the final seconds of the 21st minute. An Aztec mistake led to an own goal and a 1-0 Colorado State lead. Colorado State never settled, tallying nine total shots throughout the match, eventually resulting in the second and final goal in the 29th minute thanks to Senior Liv Layton. Layton’s goal is her third of the campaign and gives her six points on the season.

Defensively the Rams put on a clinic as they shut down the Aztec offense. Although the Aztecs managed more shots than Colorado State, they failed to find the back of the net thanks to Rams’ netminders Maddie Ogden and Emilie Gavillet. Ogden stepped into net for the Rams for her second start in row while Gavillet played in relief of Ogden from the 55th minute and on. Ogden saw her first action on Sunday against the Roos from UMKC where she stopped the lone shot she faced in her first appearance of the year. Ogden and Gavillet both faced a pair of shots stopping both and maintaining the Rams’ shutout.

The shutout is the Rams’ fourth of the season and their 2nd time pitching a scoreless 90 minutes in a win.

The Rams take on New Mexico in Albuquerque on Sunday at 12 pm, before returning home for a pair of Mountain West Matchups in Fort Collins next week.