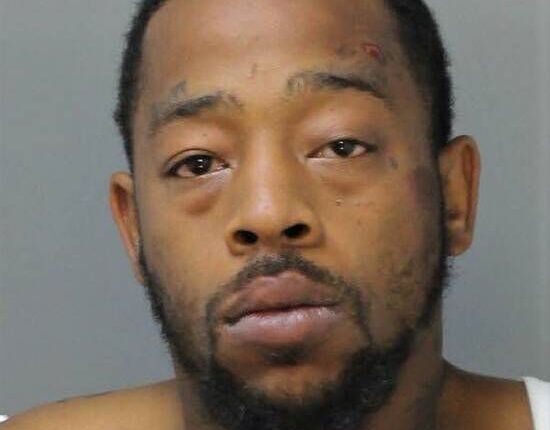 WILKES-BARRE — Luzerne County detectives padded the number of charges against Jayquan Anthony Jordan who they allege is responsible for a Wilkes-Barre police officer sustaining a gunshot wound earlier this month.

Jayquan Anthony Jordan, 30, of Carey Avenue, Wilkes-Barre, was jailed without bail following his arrest after Officer Mathew Ogden was struck in the leg with a bullet Sept. 4, according to court records.

Police were in the area of ​​564 S. Franklin St. investigating a domestic disturbance when they spotted Jordan fleeing at a high rate of speed in a 2003 Mercedes Benz, court records say.

Ogden caught up with the vehicle that stopped on Carey Avenue near the Mofon Lounge.

Jordan initiated a struggle and ran, eventually falling to the ground resulting in a discharge of a handgun in his pocket. The discharged round struck Ogden near his left knee, court records say.

Despite suffering the gunshot wound, Ogden was able to subdue Jordan, who attempted to bite the officer several times, according to court records.

Police allege Jordan was in possession of packaged bags of crack cocaine in his pockets.

Jordan was initially charged with aggravated assault, illegal possession of a weapon, firearms not to be carried without a license, resisting arrest, careless driving and speeding.

On Tuesday, detectives added a second count of aggravated assault including driving under the influence, reckless endangerment and possession with intent to deliver a controlled substance against Jordan.

Jordan was arraigned on the latest charges by Senior District Judge Martin Kane and remanded to the county correctional facility without bail as he was deemed a flight risk and a threat to society.