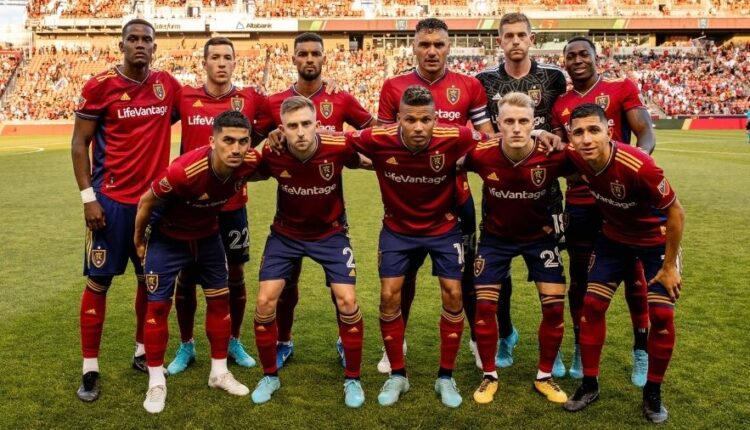 Players and staff all spoke to the media and shared varying opinions on where the club is positioned, how the club can improve ahead of the 2023 season, and what is expected over the coming months.

Early on Friday morning, general manager Elliot Fall and manager Pablo Mastroeni confirmed that decisions on certain players either out of contract or with a team option will not be made final until November 11. Therefore, the likes of Bobby Wood, Tate Schmitt, Marcelo Silva , Nick Besler, among others will likely have to wait a few more weeks until they hear of their fate.

Throughout the two-day exit interview process, all players admitted that the 2023 season must provide more goals than the 43 that were netted in 2022.

Danny Musovski, who recently joined the club from LAFC, shared an interesting quote when he was asked about the lack of goal-scoring.

“I saw a stat the other day that said LAFC has scored 45 goals in the second half of matches alone in 2022, I am not even sure we (RSL) scored that many goals throughout the entire year.”

Musovski is correct. Real Salt Lake only managed to net 43 goals on the year, while also conceding 45 for a negative two-goal differential.

1/2
Damir Kreilach will be a massive addition to the 2023 roster. Here is the good news, for a minute there were concerns that the injury could potentially be career ending. That is not the case. Dami has trained with the Monarchs the past 3 days, the 2023 season cannot come… pic.twitter.com/OUsvxZAB7r

Ultimately, the consensus amongst the playing group is that the current core of the roster is good enough to succeed. However, additions at certain positions will only increase the level of competition and hopefully in turn produce a more competitive roster.

Real Salt Lake is no longer content with just making the playoffs. In the previous two seasons under Mastroeni’s guidance, the club has scrapped into the playoffs following results on the final day of the regular season. The expectation moving forward is that the club must host a playoff game to further enhance its chances of hoisting the MLS Cup.

For now, the front office and coaching staff will continue to work in tandem as it relates to roster decisions. Then, the club will quickly swift its attention onto the February transfer window.

Fall and Mastroeni both acknowledged that the upcoming transfer window is going to be pivotal for the club to reach great success in 2023. With a solid core group of players returning, the addition of a few special players will likely be the difference between contending for the MLS Cup in 2023 and just scraping into the playoffs.

The upcoming off-season is arguably the biggest in club history. What is the Blitzer and Smith group ownership going to accomplish in its first off-season? Sadly, only time will tell.

Mass. candidates in the 2022 sheriff races, in their own words