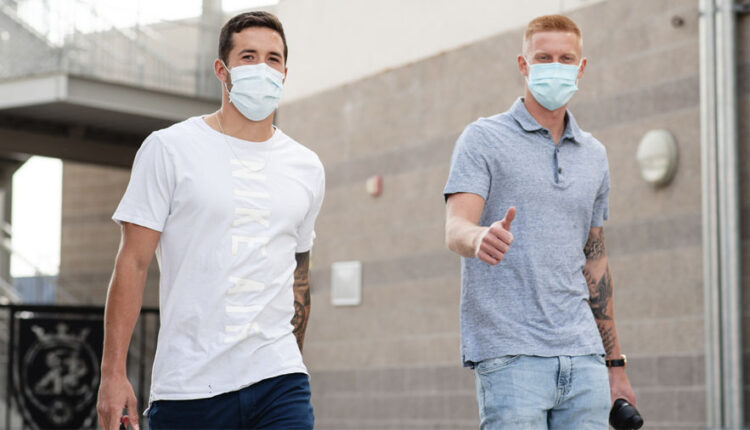 Goalkeeper David Ochoa will be wearing the Stars and Stripes along with defenders Justen Glad and Aaron Herrera in hopes of qualifying for the 2020 Olympic Games in Tokyo, Japan this summer.

Herrera recently made his debut for the United States first team in a 7-0 win over Trinidad and Tobago on January 31. The experience of training and playing at the highest international level has given Herrera a world of confidence in the upcoming U-23 tournament.

“Whenever we are both in a camp, we spend most of the time together outside of the field. So it’s always nice. Having someone you’ve been to the same camp with for a while definitely makes the whole experience much, much faster and a lot easier, ”Herrera said of Ochoa and Glad, who were chosen next to him.

The tournament begins on March 18, when the US plays Costa Rica in the first game of the group stage. The US will then play the Dominican Republic on March 21, before ending the group stage with a blockbuster game against Mexico on March 24.

The two best teams in each group qualify for the semi-finals. The two teams that win the semi-finals not only advance to the final of the tournament, but also get a place to represent their country in the men’s Olympic football tournament at the Tokyo Summer Games.

Glad and Herrera have both represented the US at the U-23 level, but this will be Ochoa’s first appearance.

“It’s a bit weird when I haven’t played a real game for several months. But at the end of the day you just do whatever it takes to stay sharp and ready, ”said Glad.

The final 20-man roster will be announced on either March 11th or March 14th.

Two proposals would add over 500 housing units in Ballpark