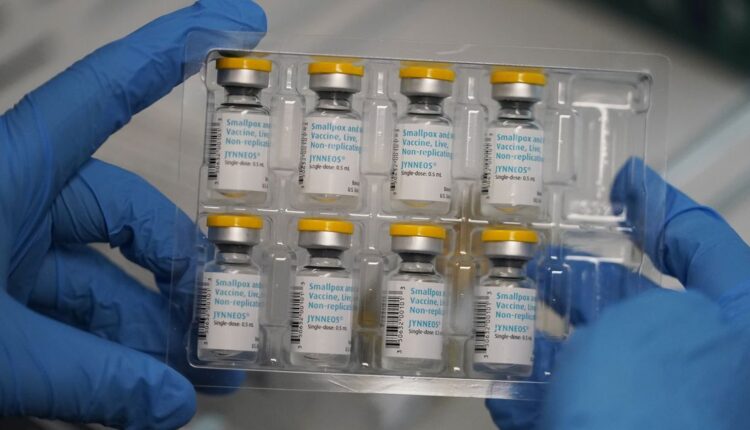 Only those who are considered to be most at risk can currently receive a dose.

The Salt Lake County Health Department will host a walk-in monkeypox vaccination clinic Saturday for those currently most at risk for the virus, officials announced Tuesday.

The county health department early Tuesday also made about 200 first doses of the two-dose vaccine available via appointment. But by the afternoon, all slots had been filled, officials reported. There is no estimate on when more appointments will become available.

Another 500 doses will be available at the walk-in vaccination clinic Saturday from 9 am-1 pm at the Salt Lake Public Health Center, located at 610 S. 200 East, officials advised.

No appointments are necessary for the clinic, but both walk-ins and scheduled appointments are only available to those who meet all of the following criteria, according to the county health department:

• Men (cisgender or transgender) who have sex with men.

• Men who are not in monogamous, exclusive relationships with one other person.

• Men who do not have any symptoms of monkeypox.

Anyone can catch monkeypox, but to date, it is largely spreading — both nationally and locally — among men who have sex with men. According to the county, the criteria for monkeypox vaccine eligibility may change if more doses become available or if cases are more frequently identified in other populations.

Anyone who does not meet the above eligibility criteria will be turned away, so the county can focus vaccinations on those currently most at risk.

As of Monday evening, 30 confirmed or probable cases of monkeypox had been reported in Salt Lake County, according to the Utah Department of Health and Human Services.

Seven more cases were documented in other parts of the state, including four in Utah County, two in Davis County and one out of the Weber-Morgan Health Department. No cases have been reported in southern Utah.

Monkeypox is not a sexually transmitted disease, county health department spokesperson Nicholas Rupp has said. It can be spread through sexual contact, but also on linens, clothing, other surfaces and even through respiratory contact.

Symptoms of monkeypox include fever, headache, muscle aches and backache, swollen lymph nodes, chills, exhaustion, respiratory symptoms (including sore throat, nasal congestion or cough, and a rash that can look like pimples or blisters that appears on the face, inside the mouth, and on other parts of the body, according to the Centers for Disease Control and Prevention.

Those experiencing symptoms should immediately isolate and tell their close contacts and partners to keep an eye out for symptoms, officials advise. Contact your local health department, your health care provider or visit a clinic near you. Then, get vaccinated as soon as you are eligible.

Monkeypox is rarely fatal — more than 99% of those who contract the virus recover, according to the CDC.

As of Monday, about 900 people had received a first dose of the monkeypox vaccine in Salt Lake County, Rupp previously estimated.

Second doses of the vaccine, which cannot be administered until at least 28 days after receiving a first dose, will not be available until mid-August, officials have said.

Correction • Aug 2, 5:45 pm: The story has been updated to correct the approximate number of vaccine doses originally made available via appointment Tuesday.