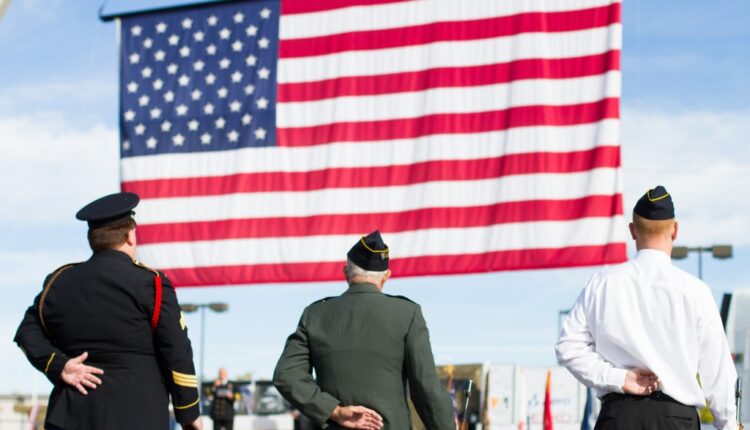 The rise of inflation in the state of Utah this year has caused local veterans to experience first-time homelessness. According to the consumer price index, Utah’s inflation hit 10.4% in April of this year, measuring above the national average of 8.5% at the same time. (Sarah Hill)

The rise of inflation in the state of Utah this year has caused local veterans to experience first-time homelessness.

According to the consumer price index, Utah’s inflation hit 10.4% in April of this year, measuring above the national average of 8.5% at the same time.

As stated by Meisha Jensen, the coordinated entry specialist for the Department of Veteran Affairs’ homeless program in Salt Lake City, the rapid inflation is affecting senior veterans who live on a fixed income such as Social Security benefits.

Jensen said their rents have raised a little over the past few years, but never as much as they have on 2022. She said if an individual has paid around $650 a month for rent for the last several years, they have no way of easily transitioning to an increase of $1,300 a month.

“When you’re living on a fixed income of $1,200, you can’t suddenly pay $1,300 for rent,” Jensen said. “Their incomes are not going to change and they’re not able to get back into the workforce, so these senior individuals are falling into first-time homelessness.”

Jensen said one of the biggest issues they face is the lack of housing units they have available for homeless veterans.

“The housing authorities can only do so much,” Jensen said. “They only have so many complexes and apartments.”

According to Jensen, some homeless veterans are awarded housing vouchers which help pay for housing. However, with the increase in rent, the vouchers don’t always provide a substantial amount.

For Jensen, homeless services allows her to help misunderstood individuals. “There are various reasons that people fall into homelessness,” Jensen said. “They have medical problems that overcome them, job loss they can’t bounce back from and trauma in their lives.”

Jensen said she has always been drawn to make a difference within homeless services.

“Prior to this, I was a crisis social worker in the emergency room and I continuously saw homeless individuals coming into the emergency room,” Jensen said. “I just felt like there was more I could and should be doing to end this cycle.”

Every year the US Department of Housing and Urban Development surveys the number of homeless individuals in Utah. In 2022, their report counted a total of 155 homeless veterans in the state.

“Our resource centers in Salt Lake County are overflowing,” Jensen said. “We don’t have enough beds.”

Jensen said those who volunteer at shelters and organizations are helpful in their assistance of homeless veterans, as well as writing to local legislators asking for funding to be granted to their efforts.

Jeff Kane, the executive director of the Homeless Veterans Fellowship in Ogden, Utah, said although many senior veterans are affected, there are homeless veterans of all ages.

“We are getting a younger group now, but I think we are always going to see some of it because war is terrible,” Kane said. “You’re killing people, your intention is ruining another person’s life and winning. It’s very hard on your mind.”

“We stereotype them and we forget that they are individuals who are very unique,” Kane said. “We can’t just say that they’re homeless because of ‘this’ or ‘that.’ They’re very diverse.”

Kane took over as director of the Homeless Veterans Fellowship in 2006.

Kane said the most important aspect of their efforts is helping veterans escape homelessness. “We don’t want them to stay at Homeless Veterans Fellowship for long and separate themselves from the rest of the population,” Kane said. “We believe they should be the members of society that they want to be.”

According to Kane, the fellowship is meant to provide any help to as many homeless veterans as they can.

“They come to us with nothing,” Kane said. “The program is meant to address any needs, financial, psychological and physical.”

Kane said he thinks the Department of Veterans Affairs is able to offer returning veterans more help and support these days.

“The Veterans Affairs and the military are much more active than I’ve ever seen them in my 16 years of work,” Kane said. “They’re doing meetings and getting connected to disability assistance before they’re even discharged.”

“We do a combination of services, mainly counseling and group work,” Larsen said. “We work with veterans who have returned home from deployments that need specialized treatment.”

Larsen said although they don’t see as many homeless veterans in Provo as they do in Salt Lake County, they have several resources available to coordinate care and assistance for homeless individuals.

“We try to hook them up with immediate resources to get the care they need,” Larsen said, referring to the Food and Care Coalition and other local Veterans Affairs homeless programs.

Larsen said when homeless veterans do come into the center, they work closely with the Veterans Affairs homeless program to get them housing, treatment, or whatever else they may need.

“I’m a veteran myself,” Larsen said. “I really enjoy working with this population and I get to work with some great people through the Vet Center.”

For more information on available resources for homeless veterans, visit the Department of Veterans Affairs website.