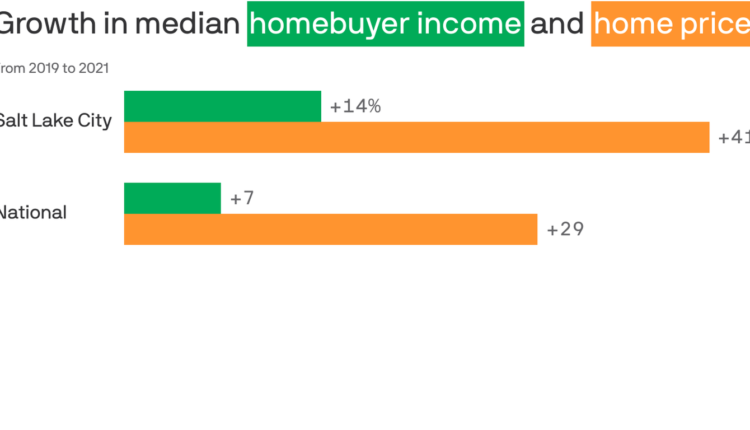 Salt Lake homebuyers make more money than they did before the pandemic.

Yes, but: It’s still not enough to cover the rise in home prices.

By the numbers: Salt Lake City posted the 10th-largest rise in homebuyer incomes in the nation from 2019-2021, according to a Redfin analysis of mortgage data in the 100 largest metro areas.

State of play: Salt Lake’s homebuyer income growth, like other cities in the top 10, was likely driven by remote workers, according to Redfin.

zoom in: St. George, which was too small to be ranked, saw homebuyer incomes rise almost as much as Boise, at 23%.

The latest: The housing market in Salt Lake, like other pandemic boomtowns, is starting to cool off.

On the Wisconsin-Illinois Border: Clinics in Neighboring States Team Up on Abortion Care