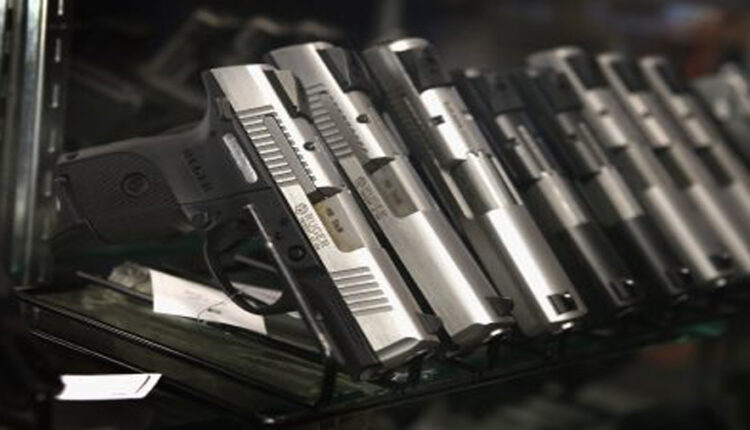 SALT LAKE CITY – Salt Lake City police said officers seized 27 guns from people who had them illegally in the month of March.

“A lot of guns are in the hands of people who shouldn’t have them,” said Salt Lake City Police Chief Mike Brown.

That’s now more than 50 guns taken in just the last couple of months.

Chief Brown said finding and seizing guns from people who have them illegally is one of his department’s priorities.

He also praised the efforts of his officers for doing the hard work on the streets.

Many of the seized guns were stolen from cars or homes.

Chief Brown said it’s a reminder for gun owners to lock up their guns and avoid leaving them in vehicles where they can be easily stolen.

Today @slcpd @ChiefMikeBrown said his department seized 27 guns from people who had them illegally in March. That makes 50+ in two months. He says one of his department priorities is to reduce violent crime and he feels taking these guns helps to accomplish that. @KSL5TV at 6. pic.twitter.com/raQRu92gpx

Just a few months ago, Chief Brown was part of a press conference with Salt Lake County Sheriff Rosie Rivera and Salt Lake County District Attorney Sim Gill announcing penalties for strict people who use guns while committing a crime.

Salt Lake City Police are in the process of forming a violent crimes apprehension team that will focus on going after people who commit crimes with guns.

Brown feels taking these guns off the streets, especially from criminals, makes the communities safer.

“Every gun has an impact in our community because that gun could be used in a violent crime,” he said. “Those bullets rip through our community. They tear families apart. And the bottom line is we will hold you accountable and our officers are very dedicated and good at what we do.”

Off the heels of the Pentagon document release, The UFO Disclosure Symposium is hosting a historical event this May