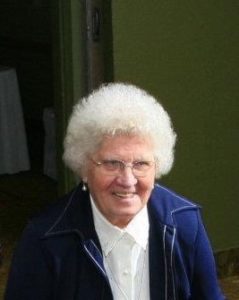 Funeral services for Shirley will be held at 10:30 am on Friday, May 27, 2022 at Carson-Stapp Funeral Home in Ogden, Iowa. Rev. Evelyn Lewiston will officiate. Burial will follow at Glenwood Cemetery in Ogden. A visitation will be held from 5-7 pm on Thursday, May 26, 2022 at Carson-Stapp Funeral Home. For online obituaries and condolences, please visit: www.carsonstappfuneralhome.com

Shirley Marie Carstensen, daughter of Clarence and Alice (Namanny) Carstensen was born on October 23, 1935 in Jefferson, Iowa. Shirley received her education in Jefferson where she graduated from Jefferson High School.

Following her education, Shirley married Don Porter. To this union five children were born: Pam, Bryon, Sheri, Kent and Kevin. Mr Porter passed away on July 30, 1991. She later married Eldon Rex. The couple resided in Perry. Eldon passed away in 2012. In 2019, she moved to Boone.

In addition to her parents, Shirley was also preceded in death by her husbands, Donald Porter and Eldon Rex; son-in-law, Arnie Anderson; and her brother, Kenneth Carstensen.

Memorials may be left to the discretion of the family.

The Carson-Stapp Funeral Home in Ogden has been disappointed with these arrangements.

The Blackfeet Nation’s Plight Underscores the Fentanyl Crisis on Reservations