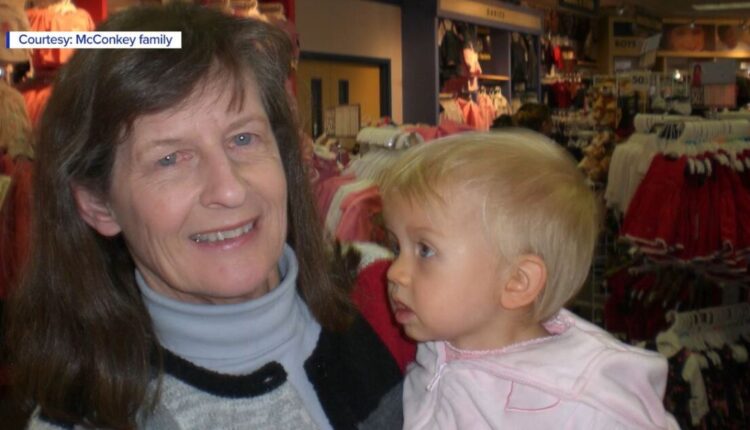 SALT LAKE CITY – The FOX 13 Investigates team learned that a prominent Salt Lake City attorney has confessed to embezzling millions of dollars from clients over the past 13 years.

Most of the stolen money belongs to Glenn McConkey, an elderly woman with Alzheimer’s and dementia.

She is the mother of the famous extreme skier Shane McConkey.

Shane McConkey and his stunts are internationally recognized.

He died in 2009 while attempting a ski BASE jump in Italy.

“He had a love for life that was hard to miss,” said Laura Milliken Gray, a lawyer and friend of the family who represents Shane McConkey’s daughter Ayla McConkey. “(He was) very engaging, very charismatic. If you met him, you would notice it immediately.”

Although part of Shane McConkey’s fortune went to his mother, Glenn McConkey, she was also independently wealthy.

“Glenn was a famous figure in Park City. Very well known. Very athletic. A very good skier,” said Gray. “When she stepped into her slow decline, everyone around her knew.”

Curtis applied himself as a champion for people incapacitated. Lawyers say he was widely respected in the Utah legal community.

“Cal has always been considered one of the most sincere members of the estate planning and elder rights community,” said Gray. “I also have experience in estate planning and age law … I have consulted with him over the years. He has taught many courses, some of which I have attended.”

Glenn McConkey disinherited her own granddaughter through her lawyer.

Ayla McConkey was just 10 years old at the time.

Instead, Curtis was named as trustee.

Glenn McConkey is now in a memorial ward and needs 24/7 care for Alzheimer’s disease.

Gray said at first she thought Curtis might have just mismanaged Glenn McConkey’s money. The family later learned that the funds had been stolen.

Curtis confessed to several federal crimes between 2008 and 2021, including wire transfer fraud and money laundering.

According to documents filed in the US District Court, “he used the proceeds to support a lavish lifestyle with frequent travel, buy tickets to basketball and soccer games, give generous gifts to others, and help run his law firm. . CURTIS has also fraudulently diverted funds from at least 22 other trusts. “

Curtis defense attorney Greg Skordas said his client did not have enough money to repay the victims.

“Our concern is that there won’t be enough money to take care of Glenn for the rest of her life,” said Gray. “I wish we could get the money back so we can take care of Glenn. That keeps me and my customers up at night. “

Curtis bought and remodeled a mansion at 1135 E. South Temple Street, Salt Lake City. According to current advertisements, the home office has 10 bathrooms and nine bedrooms. The property has since fallen to the government.

Federal documents say Curtis also used stolen money “to pay for the model of his Tampa, Florida home, not for the benefit of (Glenn McConkey).”

Skordas confirms that Curtis will plead guilty on Tuesday. He described Curtis as “apologetic” and “cooperative with federal agencies”.

He expects Curtis to spend 5-10 years in prison.

“If he is really sorry he could turn to Ayla. He knows where I am, ”said Gray. “It will undermine people’s trust in lawyers, and it should … We dedicate our lives to protecting people who are incapacitated and vulnerable, and he has violated that sacred trust.”