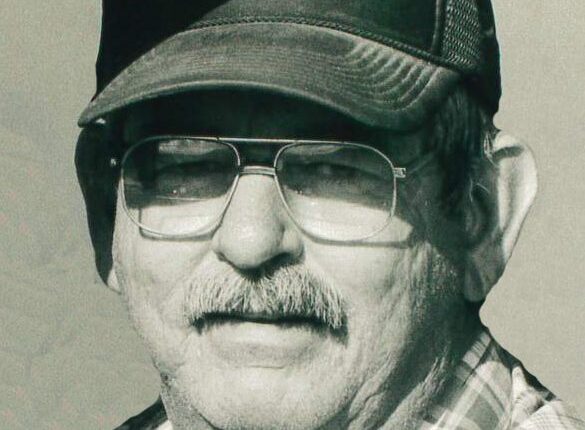 Steven was an adventurous young man during his youth. He spent many summers at the fairgrounds with his father and brother, Rick sweeping the tracks after races, and that continued to Bonneville Raceway. He also would spend weeks with his grandfather at Flaming Gorge fishing. He had many shenanigans with his brother and Dean Jacobsen, including floating down Cottonwood Creek from 9th East to Murray Park. This trio was doing things long before the famous show “Jackass.” If only this was on film. He grew up on a farm, so he learned quite young a very strong work ethic.

Before joining the US Navy, Steven helped build the tunnels at Green River, Wyoming. He was an AMH3 (Aviation Mechanic Specializing in Hydraulics) on the aircraft carrier USS Ticonderoga CV-14. While on the Ticonderoga, he was part of the Apollo 16 recovery. After serving his country, he moved back to Utah and raised his family. His family meant the world to him.

Steve drove big rigs for Diehl Lumber and hauled homes and lumber. While hauling homes, his sweetheart, Patricia would be his pilot car driver where they had lots of adventures. He also worked for Tempest in St George for many years doing construction and as a superintendent. They were a huge part of his life. He also started a business called Harks Hauler for a little while and worked for Bryce Christensen Excavation as a truck driver, where he considered them family, and later retired.

Steven enjoyed NASCAR and going to his brother Rick’s for some drinks and “Let’s Go Racing.” He used to go to church night on Thursdays for racing and when his back and legs made it too much, it broke his heart. He loved spending time with the guys.

Steven is now reunited with his wife, Patricia Jean; mother, Lois; father, Melvin; and many more.

The family wishes to thank the love and support that the Tempest Enterprise and Bryce Christensen families have given him throughout the years. He loved working for them and thought very highly of them. The family would also like to thank Shelia with Palliative Care with Intermountain Healthcare and Hospice.

In lieu of flowers, please donate to any pet rescue in support of his love for all dogs.