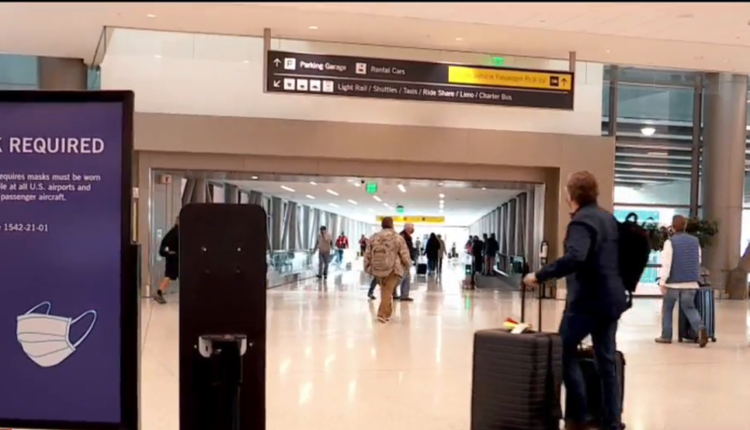 The glitzy new Salt Lake City International Airport opened after the Covid-19 outbreak, and in 2020 the virus dampened Thanksgiving trips, so the airport may be “stress-tested” in a few days.

The TSA reports that passenger screenings were “about 93%” what they were before the pandemic, and peak Thanksgiving travel time is expected on Tuesday and Wednesday next week, followed by another busy day of travel on Sunday, November 28th .

Still, many prohibited items have been seized from airport travelers in the past few days – which can delay security checkpoints – preventing passengers from being picked up can be confusing, and if you like long walks, some airport visitors said this is the place.

“We flew into the last terminal area and had to walk and sweat for miles,” said Matt Robertson, who had traveled from Dallas with his wife Jessica and their two young children.

“I’ve been to a lot of other airports and it’s not near the footpath,” added Richard Brown, who was picking up his daughter at the airport. “I’m not as young as I used to be,” he said with a smile.

Airport spokeswoman Nancy Volmer said the terminal routes were actually shorter than the old airport and she provided maps showing walks within a half-mile radius.

The last stage – to the curb where the cars of loved ones and friends are waiting – can take some getting used to – walking on a skybridge over traffic lanes to get back to ground level.

“On my first visit, yes, it was confusing,” says Alece Charles from New Orleans, “because I didn’t know where I was going.”

Volmer said the airport has added signs and is planning further improvements to clear up the pickup confusion. She encouraged people to download the airport app to “help navigate”.

Also on Thursday, the TSA did not show any flight items confiscated from passengers at Salt Lake International – knives, bullets, weapon clips, power tools, a hammer, even a grenade used as a paperweight – many of which have been discovered in recent days.

People who had the items were not arrested, which, according to Dankers, only happens when the items are “artfully hidden”. The local police near the checkpoints are doing the busts, not the TSA.

For most of them, prohibited material is a far cry from their travel experience.

BYU graduate and PhD student Chelsea Cole, who came home for Thanksgiving, particularly noticed the toilets at Salt Lake International compared to where she started.

“I think the bathrooms are a lot better than Houston,” she said.