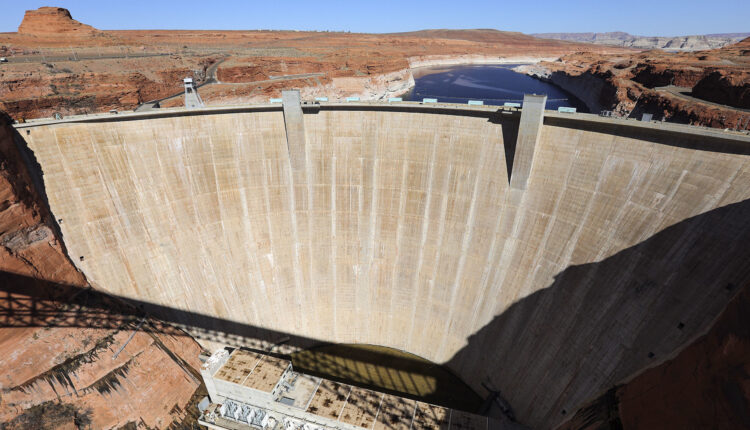 PAGE, Arizona – The ongoing drought in Utah and across the west has resulted in federal agencies releasing water from reservoirs in the Colorado River system to keep Lake Powell at energy-producing levels for the Glen Canyon Dam.

“Lake Powell is currently at 3,556 feet, that’s its height. That means it’s at 35% capacity. That’s 50 feet deeper than the lake a year ago, ”said Greg Skordas, a guest host on Tuesday for Dave and Dujanovic of KSL NewsRadio.

The water level at Glen Canyon Dam is critically low

“There is a critical level of 3,520 feet … which we are only nine meters away from,” said Skordas.

Once Lake Powell reaches 3,520 feet, the power generators will no longer receive enough water to continue working at Glen Canyon Dam.
The Salt Lake Tribune reported that levels at two other upstream reservoirs are also being lowered. It’s a plan the Bureau said has been in place for years.

However, environmental groups said the plan is akin to “robbing Peter to pay Paul” and does not explain the long-term reality of climate change.