Union Pacific Hotel on track for construction after years of delays

Developers are still planning to add a hotel to the back of the historic Union Pacific building in downtown, despite the planning commission giving them an additional year to identify funding that has delayed the project at the north end of the Gateway mall.

While the Athens Group has begun crowdfunding its major renovation of the historic building into a 225-room luxury hotel, the hotel is still well on its way to opening in 2024.

The planning commission held no discussion when it approved the second delay Wednesday evening, which developers said was related to difficulties securing funding during the COVD-19 pandemic. The employees determined that the building owners had permits and that construction should begin next year.

The delay is required for projects that receive planning commission approval but do not receive building permits within one year of that approval.

“As you know, the Covid-19 pandemic seriously disrupted the hospitality market in 2020 and into the first half of 2021,” said Shannon Heringer, development manager for the Athens group.

“Fortunately, the market conditions and the capital markets for new hotel projects are improving,” said Heringer. “As a result, we are advancing our construction documents with the aim of starting construction in the first half of 2022 with the expected completion and hotel opening in early 2024.” 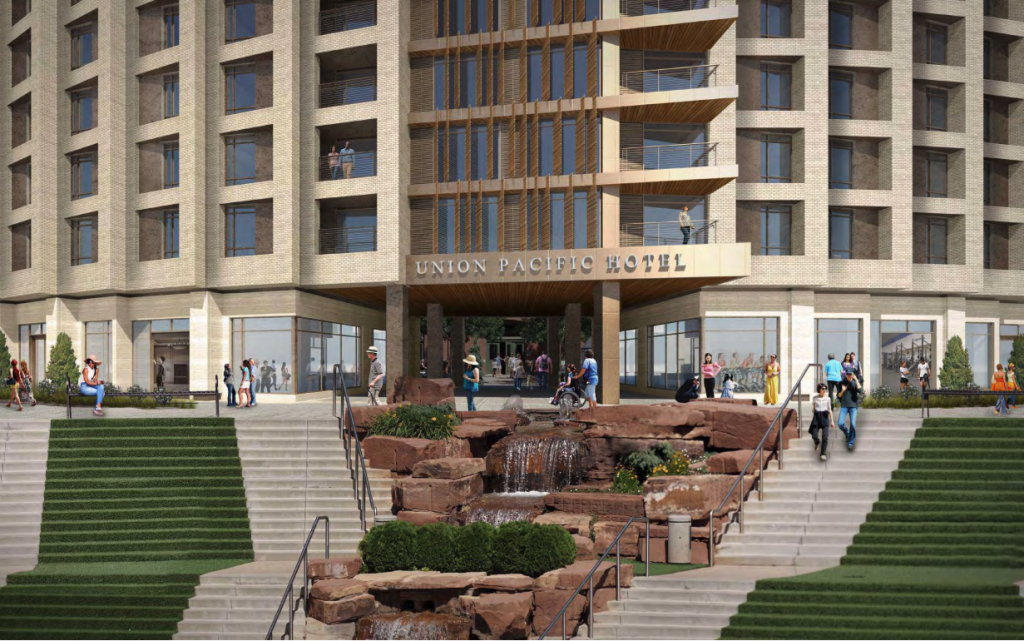 The eight floors of the new Asher Adams Hotel, operated by a Marriott luxury arm, would overlook the gateway. Courtesy rendering of the Salt Lake City planning documents, via HKS Architects.

For the past few weeks, Salt Lakers have been targeted with paid ads on social media inviting them to invest in implementing the hotel renovation.

“Be an investor in the restoration of a historic 1908 train station into a luxurious Marriott Autograph Hotel in Salt Lake City,” the ad reads. “This adaptive reuse project in the Opportunity Zone offers investors the opportunity to invest qualified capital gains and in return enjoy potentially substantial tax benefits.”

The Athens Group did not respond to questions about the ads and their importance in paying for the development.

The hotel is named Asher Adams and may be operated by Marriott International’s Autograph Collection.

The name can be derived from the Asher & Adams map of the Utah Territory in 1873, one of the earliest available maps of the territory. The developers received the brand in early 2020. 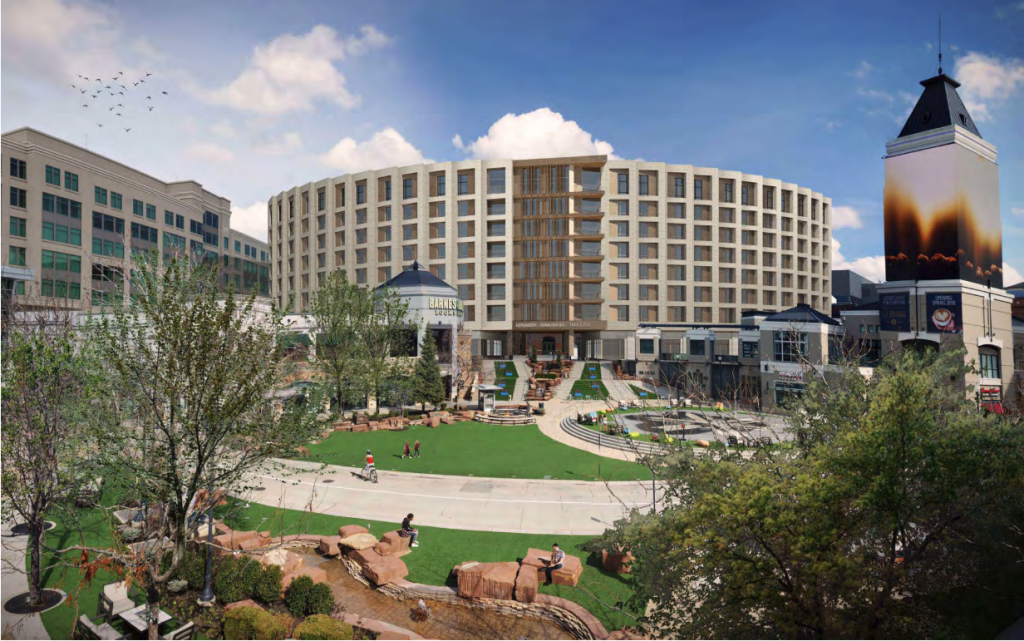 The Asher Adams Hotel would bring up to 225 hotel rooms to the Gateway area near 400 W. South Temple in downtown Salt Lake City. Rendered courtesy of Salt Lake City Planning, via HKS Architects.

More about the project

Renderings show the historic building, which has been converted into a hotel building, with a fitness room facing the 400 West, several meeting rooms, a large hall and space for bars and restaurants.

The historic building and the new eight-story hotel would be connected by above-ground walkways and a ground-level courtyard between the buildings.

The building would continue the ongoing revitalization efforts of the new owners of the Gateway, who have worked to add office space, new restaurants and bars.

It would be one of several major hotel developments to be built downtown in the coming and last few years. The Convention Center Hotel at 200 S. West Temple is in full swing.

The RL Hotel was closed in 2019 and will be converted into small apartments from next year.

Would you like to see where property developers are proposing and building new homes in Salt Lake, or just want to support a local news source on what’s going on in your neighborhood? Learn more about how to become a member.