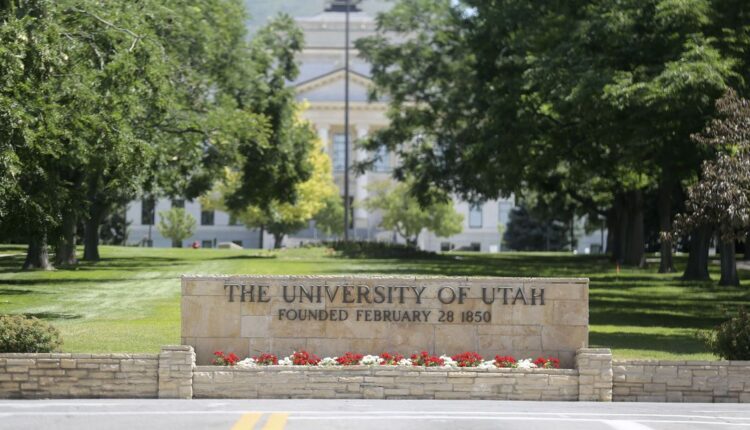 University of Utah president search: Why the 3 finalists want the job

Regardless of who is selected the next president of the University of Utah, societal, public health and economic forces ensure it won’t be business as usual at the state’s flagship university.

The Utah Board of Higher Education is scheduled on Thursday to interview two women and one man who aspire to become the 17th president of the university in Salt Lake City. The new president could be named late Thursday afternoon.

The finalists seek the presidency during the ongoing COVID-19 pandemic, a national reckoning on educational equity and social justice, and a sea change in how education is delivered.

The next president will assume leadership of a campus seeking to resume largely in-person instruction. The president will inherit a community with ongoing concerns about physical safety after two high-profile homicides on campus in recent years and floundering efforts to reform policing policies and practices.

In the fall of 2017, ChenWei Guo, 23, was killed during an attempted carjacking near the gates of Red Butte Garden.

In October 2018, student-athlete Lauren McCluskey was fatally shot outside of her dorm by a man she had dated. McCluskey’s parents sued the university and in November 2020 reached a $13.5 million settlement of their two lawsuits. As part of the settlement, the university acknowledged it mishandled McCluskey’s multiple reports to police.

At the same time, the U. has achieved footholds in academia and collegiate athletics that not that long ago seemed pipe dreams: admission to the prestigious Association of American Universities and becoming part of the Pac-12 conference.

On Wednesday, the three candidates addressed the university community in individual town halls conducted on campus.

The finalists introduced themselves to the campus — although two have ties to the university already — and answered a wide array of questions on topics ranging from COVID-19 response, student access and fundraising to their respective experience working with legislative bodies.

The following are a sampling of their responses to questions posed by faculty, staff and students.

As the University of Utah prepares to launch fall term, both mask and vaccination mandates are prohibited under current state law. Each of the finalists was asked how they would best protect public health under the circumstances.

University of Utah presidential candidate Jayathi Y. Murthy answers questions as she meets with campus constituents in the Marriott Library in Salt Lake City on Wednesday, Aug. 4, 2021. Murthy is the current Ronald and Valerie Sugar dean of the UCLA Henry Samueli School of Engineering and Applied Science at the University of California, Los Angeles.Kristin Murphy, Deseret News

Jayathi Y. Murthy, the Ronald and Valerie Sugar Dean at the UCLA Henry Samueli School of Engineering and Applied Science, said Utah is “working within the confines of a law I believe that the state passed, which means that you cannot mandate vaccines. That is something that, as law-abiding citizens, we’re going to have to live with. I mean you can’t expect your president to be a scofflaw. I wouldn’t be that.”

However, there are many other steps the university can — and already is — taking, like public education efforts encouraging masking, vaccination and social distancing. 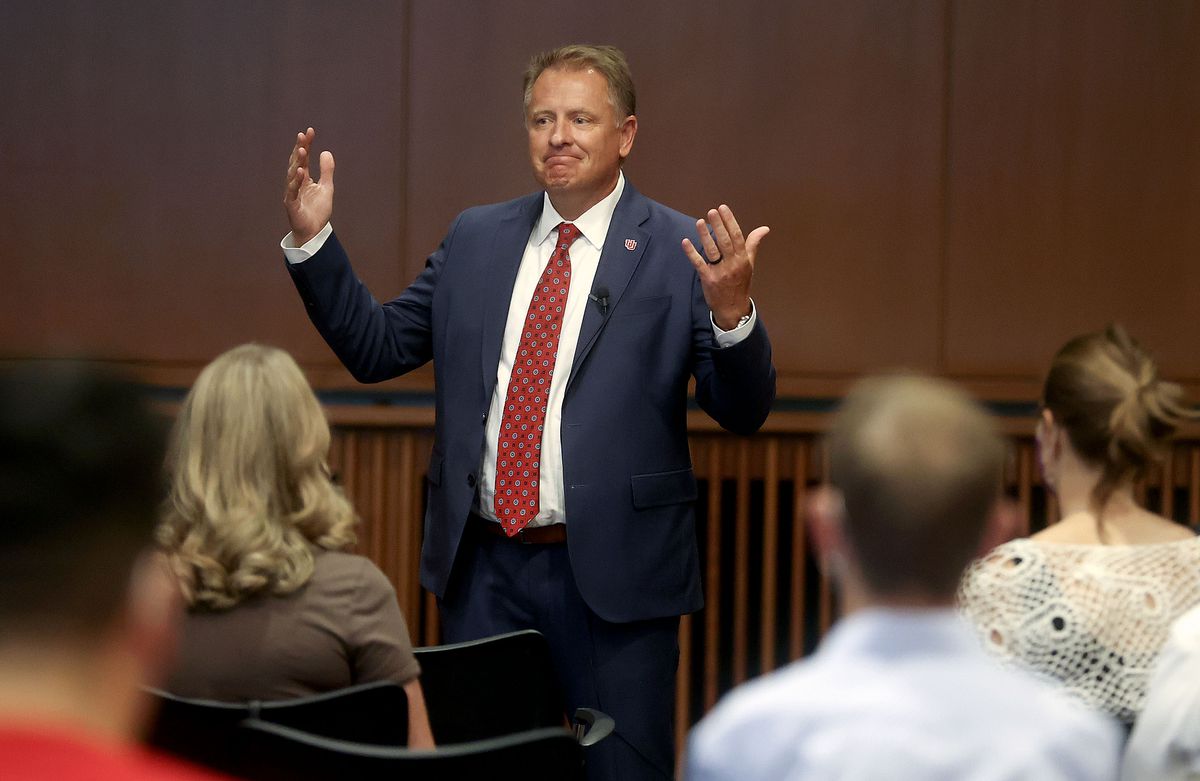 Taylor R. Randall, dean of the U.’s David Eccles School of Business, said the Utah Legislature passed laws on the state’s COVID-19 response “and at this point, we’ve got to operate within those laws. I will say that there is opportunity and discussion to be in the conversation, to try and influence that. … Right now, what we’re doing is probably the most aggressive thing we can do. I know to many of you, that probably doesn’t feel very good.”

“COVID is a short-term thing, we’ve got to remember. Our people are the long-term thing. While we’ve got some constraints, we’ve really got to be patient and empathetic with people where they are and try to figure out ways to help them,” Randall said. 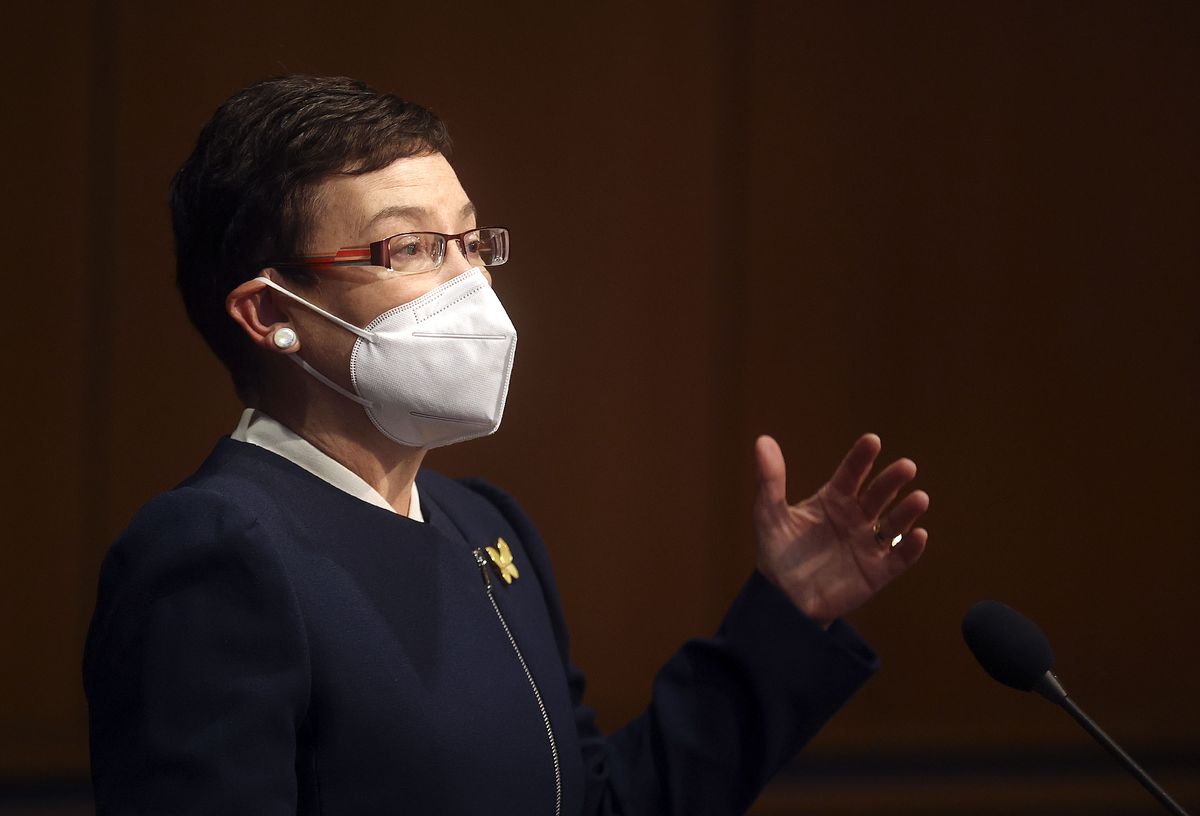 Byington said her reading of HB308, which prohibits a governmental entity from requiring that an individual receive a vaccine for COVID-19, suggests there may be a window of opportunity once coronavirus vaccines are fully approved by federal regulators.

“I believe that shortly, probably by Labor Day, we will have at least one fully licensed vaccine in the United States. That gives an opportunity for the president of the University of Utah to begin to advocate again, to share public health information and to begin advocacy that might result in a different outcome for the vaccine. If the fall term has to occur without vaccines or mask mandates, then we need a huge investment in testing infrastructure,” Byington said.

Asked to share their philosophy on equity and inclusion and its impact on their approach to leadership, Murthy, who is Indian-American and the first female dean in UCLA’s engineering school, replied, “For me, it’s personal.”

“I’m an engineer so I’ve been really the only woman in the room since I was 16 years old. I mean that’s been the story of my life, right? So, it matters. Access matters. Student success, particularly for underrepresented groups, matters. And then there’s a whole other area of the intellectual enterprise. How do I, for example, marry engineering with issues of diversity and equity? There are big intellectual questions there, which we are beginning to invest in in my school and at UCLA. So that’s a big deal.”

Byington responded, softly laughing, “I think I am, perhaps, a random act of diversity.”

She grew up on the U.S.-Mexico border and was the first Mexican-American woman to serve as the dean and senior vice president for an academic medical center in the United States when hired by Texas A&M in 2016.

“So it has informed me, the feeling of always being on the outside, has informed what I look at. I actually have moved past diversity and especially just a tick box of ‘Do we have one of everything?’ We need inclusion. We need real inclusion and that means, at every level, students, staff, faculty at every level. We need to hear people’s voices. You can’t be included if you’re not sitting at the table,” she said.

Randall said he believes the U. is at an inflection point when “we can actually do something that moves our stature up in the world of higher education. And I would love to do that with you. But I also commit to you and I promise you that it will be an inclusive mission.

“Regardless of sex, socio-economic status, sexual orientation, religion, we are here to bring everyone in. This is a place where society gets transformed. It’s where we learn to get along with each other. It’s where we have to model that behavior. But we also have to give that as a gift to our students because that will be one of the major challenges of our lifetime,” he said.

Why they want the job

Randall earned his undergraduate degree from the U. and graduate degrees in business from the University of Pennsylvania. He is a third-generation professor who said he is “passionate” about Utah’s flagship university.

“My family says I’m irrationally passionate. I love that this place has transformed me since I was a student. It has transformed my career. It has really made me imagine a different world for me, for my family, for students,” he said.

The university “may be sitting in front of the biggest opportunity that higher education and health care has to offer right now, population-wise. We’ve got an economy that’s probably a little bit too hot right now. We have funds in the legislature that are getting moved around right now that they want to invest in us, in higher education and in the future. We are an AAU school. Our research dollars are going off the charts. I could go on and on and on. So what I would like to challenge you all with is, ‘Let’s be bold. Let’s do something that will knock our socks off, and everybody else’s socks off,’” Randall said.

Byington, who spent 21 years of her career at University of Utah Health as as professor of pediatrics, vice dean for academic affairs and faculty development for the university’s School of Medicine, said for the past 20 months she has been immersed in what has transpired during the COVID-19 pandemic and what it has revealed about institutions of higher education, medicine and society at large.

“That’s really why I’m here today because I believe we’re at a transformative period. As we recover, we will need higher education. We will need academic health care. The 21st century will be defined by how we respond to 2020. It will be hard work and transformative work. I would like to be here at the University of Utah, where I believe there is a very special spirit of collaboration and innovation that can help teach the rest of the nation how we develop a more inclusive society with opportunities for all,” she said.

Murthy, who was one of the earliest employees of New Hampshire-based company that developed the world’s most widely used computational fluid dynamics software, FLUENT, said she is interested in becoming the president of the University of Utah because of its “amazing possibilities.”

“Anybody who isn’t entirely blind will have will understand that university is at a point of inflection and you can see that in the data, you can see that in your admission to the AAU, you’re a member of the Pac-12. It’s not easy to do any of these things, and to have them happen in short order, in a decade, is a huge big deal,” she said.

State universities “are very complicated animals. So if it (AAU and Pac-12 admission) does happen, it happens because there’s a lot of something that’s working right. There’s something very right in the DNA of your leadership, the DNA of the faculty, the DNA of the students of the staff. Something’s coming together. And I want to be a part of what takes this university forward, makes a big quantum jump in it standing in the next decade,” Murthy said.

President Ruth Watkins, selected the university’s 16th president in 2018, stepped down in April after accepting the position of president of Strada Impact. Strada is a national social impact organization that works to strengthen pathways between education and employment.

Dr. Michael Good, CEO of University of Utah Health and executive dean of the School of Medicine, has been serving as interim president. He did not apply for the position.