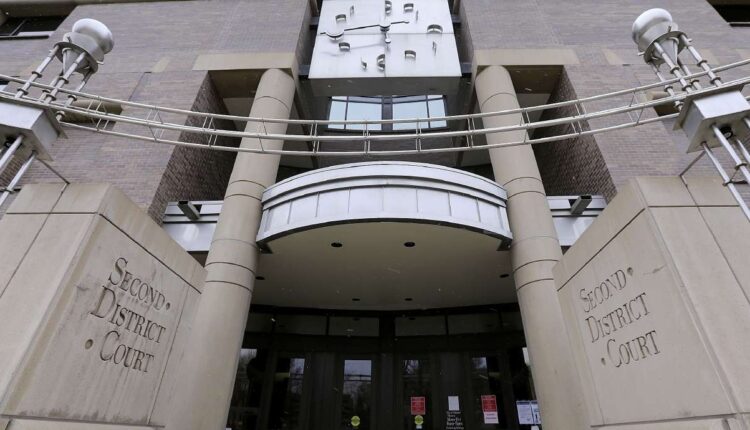 A Utah County man charged with killing two people at random in different counties was declared competent to stand trial on Thursday in his Ogden case. (Kristin Murphy, Deseret News)

OGDEN — A Utah County man charged with killing two people at random in two different counties was declared competent to stand trial on Thursday in his Ogden case.

Christian Francis Taele, 28, of Lake Shore, was charged July 12 in 2nd District Court with murder, a first-degree felony, in the death of Tyler Belinti, 23, from Arizona.

He was charged with aggravated murder, a first-degree felony, on July 27 in 4th District Court, in the death of Ryan Hooley, 49, of Spanish Fork.

A separate competency review hearing for the Spanish Fork case is scheduled for Oct. 19

Taele is accused of killing Hooley on July 8. On that day, police were called to the area of ​​400 East and 1000 North, in Spanish Fork, where Hooley’s body was found near a dumpster behind a business. Detectives believe Hooley died from blunt force trauma and from being stabbed just after midnight.

Taele later told investigators that “he did not know (Hooley) but intended to kill him” when he punched and stabbed him, according to charging documents.

The next day, on July 9, police were called to an apartment complex at 2433 Adams Ave. in Ogden. They found Belinti in the gym area, “partially hanging by the neck from a piece of gym equipment,” according to a police booking affidavit.

Taele was arrested and accused of killing Belinti, another victim he did not know, according to police. After his arrest in Ogden, Taele also told detectives he was responsible for Hooley’s death, the charges allege.

“Christian stated that he killed both the victims in Spanish Fork and in Ogden because he was directed to by a higher power and to ‘purge’ the city,” according to the affidavit, “and has stated that he feels no remorse for the killings .”

Second District Judge Joseph Bean also disclosed to attorneys Thursday that a law clerk currently working in the Ogden courthouse is acquainted with Taele from when they served in the same Latter-day Saint mission.

The 15 metros most popular among young homeowners – KION546