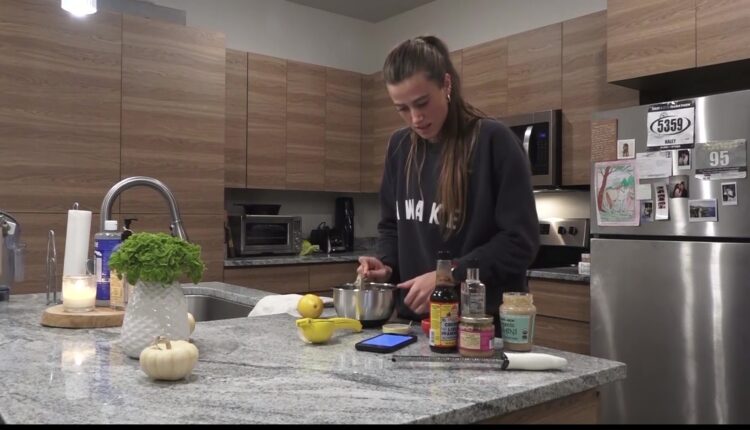 Vegans get creative with cooking in National Vegan Month

November is National Vegan Month, but Provo is certainly not at the forefront when it comes to vegan restaurants.

In fact, the only vegan restaurant in Provo is only open a few days a week. This means that those on a vegan diet are forced to find options to eat at chain restaurants like Chipotle.

A recent poll by Gallup found that around 3% of Americans consider themselves vegans. Although this number is small, it is growing steadily year after year. That means people have to get creative and learn to make recipes from their own kitchen because they don’t have many options when they go out to eat out.

“The vegan trend is definitely something that is hard to accommodate in the city of Provo,” said vegan Haley Davis. “I just eat at home and get very creative, which I really enjoy.”

“When I found out she was vegan, I hesitated a little because I really like meat and figured this might be a challenge for us and honestly it wasn’t that bad,” said Davis’ friend Chandler Stein said .

“There are times when I just run through Harmons and look at every vegetable I want and I just grab as many as I can and try to create new things,” said Davis.

While Provo might not be the best place to go for vegan restaurants, it definitely sparks creativity in the kitchen, and this month is the perfect time to try the creative ways of cooking.