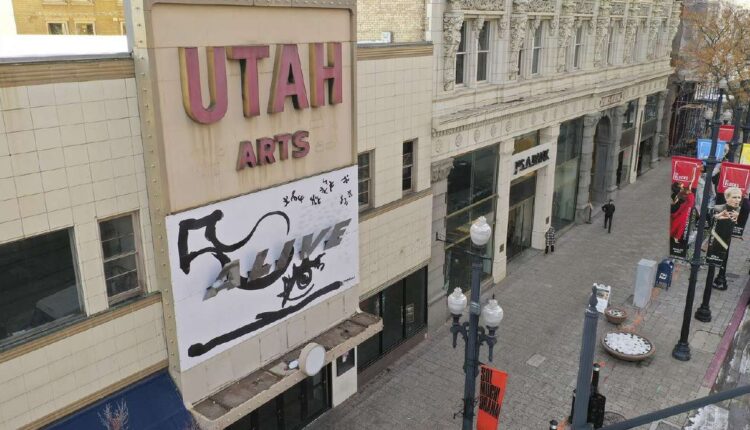 The Utah Theater opens in Salt Lake City on December 3, 2019. Salt Lake City, which purchased the building in 2010, has signed an agreement to hand it over to a development agency that plans to demolish the building. (Jeffrey D. Allred, Deseret News)

SALT LAKE CITY – The stage is now ready for the demolition of the centuries-old Utah Pantages Theater to make way for the newest skyscraper in downtown Salt Lake City, despite attempts by outside groups calling for the building to be preserved.

Salt Lake City Redevelopment Agency closed the handover of the Main Street building to Texas-based global development company Hines on Wednesday. The transaction is seen as the city’s final step in the ownership transfer process; City officials said Friday that Hines can now proceed with the preparation of the site for the construction of the new “150 Main” building.

Salt Lake City and its RDA owned the property for the past decade. In December 2019, they agreed with Hines to hand over the property to the developer at no additional cost. At this point, it was already known that the company wanted to build a 30-story 300-dwelling house in its place.

The details of the building are still being worked out, but city officials said Friday the current plan still calls for a $ 100 million mixed-use building, with 10% of the tower’s apartments designated as affordable housing for residents, which is about 60 to 80% of the median income of the district.

“The completion of the sale represents a significant milestone in the redevelopment of this property and allows us to focus on the benefits of this project now. Specifically, the inclusion of open spaces and affordable units that allow public and new residents to live, work and play downtown, “Danny Walz, the city’s RDA director, said in a statement.

Wednesday’s transaction marks a possible final step in the controversial years in determining the building’s fate, despite city officials not providing a timeframe for the theater’s demolition.

Original construction of the theater began in 1918 and opened in 1920. Among other things, it was one of the first buildings in the country to have air conditioning. In the 1960s, it was divided into two theaters during renovations.

City officials said the building has been vacant since 1992; they argued that a “substantial” refurbishment was needed since that time. The city’s redevelopment office acquired the property in 2010. According to the agency, the aim of the purchase was to “activate the main road” with the property, be it through demolition or redevelopment. The agency has since estimated that it would cost $ 40 to 80 million to renovate the building as it is, so it was sold.

“As the capital of the nation’s fastest growing state, Salt Lake City is in the midst of incredible growth and change. We need more housing, better access to affordable housing and more green spaces in our urban areas, “Salt Lake City Mayor Erin Mendenhall said in a statement Friday. “While it is unfortunate that the theater has deliberately and unintentionally deteriorated for decades under previous owners, it is encouraging that the upcoming 150-Main development will bring so many of our city’s current needs to the heart of our downtown area.”

Groups like Preservation Utah and Save the Utah Pantages Theater have spoken out against the sale in 2019 and fought to keep the building.

The former states that she tried to keep the theater going for about two decades; The latter attempted to get a question for sale on the city’s ballot paper that year, and then sued the city after the initiative was denied. A judge of the 3rd District Court dismissed the lawsuit on September 23 – although the decision has since been appealed, according to court records.

Save the Utah Pantages Theater group has also questioned the city’s redevelopment estimate after a similar theater in Tacoma, Washington, was redeveloped for less than $ 20 million. The organizers nominated the theater for inclusion on the National Register of Historic Places in September. Having the building listed does not prevent the building from being demolished, but rather allows its owners to receive tax credits that cover part of the cost of the redevelopment.

After the broadcast on Wednesday, the group’s organizers said in several social media posts that they were not done with the battle to save the building.

“I do not go anywhere. (Casey McDonough) isn’t going anywhere. (David Berg) is not going anywhere, ”wrote the group’s Go organizer, Michael Valentine, in a social media post on Friday. “Our international Pantages family will be there for the long term. … It took 12 years to save and restore the Ogden Egyptian in the 1980s. I’ve been here for two years, so if I need another decade, so be it.

“The only way all of this is ever over is if the Pantages are safe, protected, restored, and firmly in human hands,” the Post continued. “Until then you won’t see any rest from me.”

Vegans get creative with cooking in National Vegan Month

Man admitted to hospital, suspect on remand after shooting in spring custody