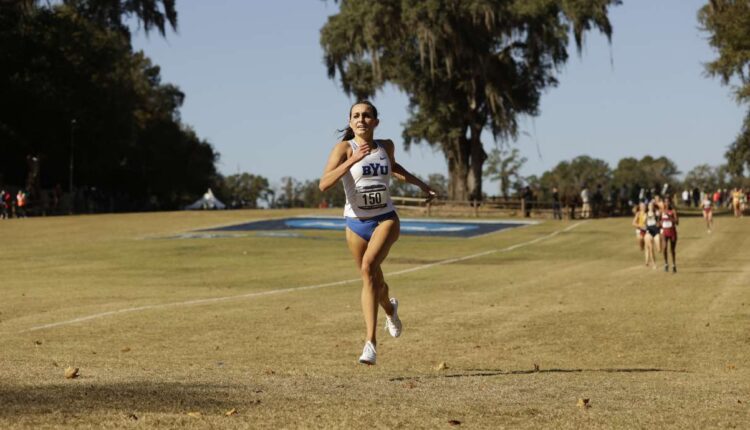 PROVO – Whittni Orton’s college career has turned left, right and sideways during her tenure at BYU.

However, the senior ended up in the best place: at the top.

At the last cross-country meeting of her college career, Orton put down a finish for the ages and rallied from second position over the last kilometer to the women’s 6 km individual title in 19: 25.4 in the Apalachee Regional Park in Tallahassee, Florida.

Product Panguitch High, which won four state cross-country skiing and track and field titles, three in basketball and two in volleyball, ran frugally during the 2021 season due to injury and recovery.

Orton fell behind in last year’s championships but finished 17th in 20: 35.6.

A year after a heartbreak at the Nationals and a week after resting at the NCAA Championships in the mountainous Provo, the 5-foot-7 Harrier hit the top of her sport’s college ascents when she imagined the Mastering the challenges of the past calendar year.

“That definitely drove me a lot,” Orton told ESPNU last year. “I’ve thought about it a lot, not just today, but all year round. I think the setback will help with the comeback.”

The BYU all-timer in endurance doubled when going out at the top.

Orton ran second on the final mile, driving a BYU team that only left the state of North Carolina behind. The elderly kept an eye on the top of the field with 1km to go, then kicked off all finishing kicks as she passed Kelsey Chmiel of North Carolina – the headwind leader early on – and never looked back to win four seconds more runner-up Mercy Chelangat of Alabama, the reigning individual champion.

It was a track Orton ran for the first time on Saturday – but kept in her head all week.

“I’ve been visualizing it for days,” she told ESPN while surrounded by her teammates. “Somehow I stopped myself from thinking about it. You cannot think about it or bad things will happen. It was definitely a wild moment. “

Orton led a runner-up for the Spring 2020 National Champions, who received a 12th place from Anna Camp-Bennett and a 38th place from Aubrey Frentheway.

Bella Williams from Utah led the Utes with a 51st place in 20: 07.9 to the 20th place overall – the second best result in the history of the Utes.

The Utah Highway Patrol responds to the crash in Provo Canyon