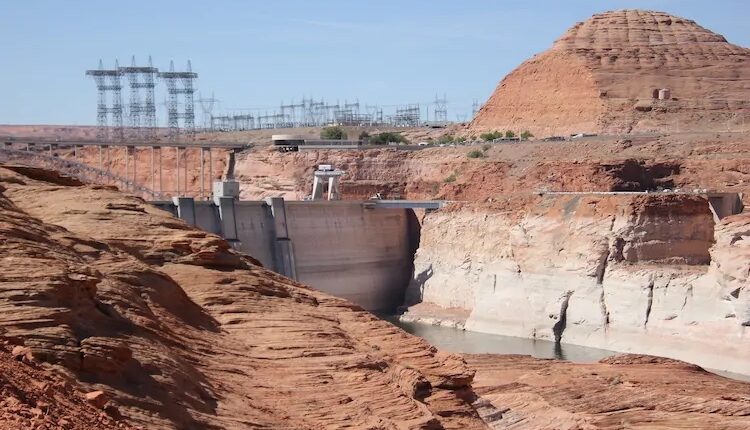 Why baby steps when the Colorado River needs big strides? – by Allen Best

Rivers and streams on Colorado’s Western Slope chattered excitedly with runoff during mid-September after several days of rain, softening landscapes that had turned sullen after another hot summer.

The water was a blink of good news for a Colorado River that needs something more. It needs a long, sloppy kiss of wetness.

Hard, difficult decisions have almost entirely lagged what has been needed during the last 20 years of declining reservoir levels and rapidly rising temperatures. Hope has lingered stubbornly. After all, every batter has slumps. And maybe next winter and spring it will snow hard and long in Colorado, source of 60 percent of the river’s water, instead of getting unseemly warm come April and May, as has mostly been the case.

This glass-half-full hopefulness has left the two big reservoirs, Mead and Powell, at roughly 25 percent of capacity. To prevent worse, the smaller savings accounts near the headwaters – Navajo Reservoir in New Mexico, Blue Mesa in Colorado, and Flaming Gorge on the Utah-Wyoming border – have been pilfered. Little remains to be tapped.

Even threats from the Bureau of Reclamation this year failed to spur definitive action. “We can’t keep doing this,” said Andy Mueller, General Manager of the Glenwood Springs-based Colorado River Water Conservation District, a major water policy agency for the Western Slope. 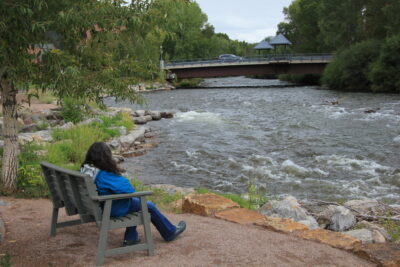 Recently at the River District’s annual seminar in Grand Junction, Brendon Langenhuizen offered no hope for recovery this coming year. It will be the third La Niña in a row, he pointed out, likely producing above-average temperatures and hence below-average precipitation.

Even so-so precipitation comes up as something less. Yampa River Valley snowpack last winter was 84 percent of average; runoff lagged at 76 percent. The Gunnison River watershed figures were even worse; snowpack of 87 percent yielding runoff of 64 percent.

Dry soils have sopped up moisture, and then there is the heat. The last 12 months have been among the six warmest years in the last century in Colorado, said Langenhuizen, a water rights engineer. Summer rains the last two years have helped. Still, the reservoir levels drop, the seven basin states so far unable to agree on cuts that would match demand with supply.

It’s tempting to accuse the states of being caught up in century-old thinking. After all, they nominally operate under provisions of the 1922 Colorado River Compact. They have taken steps but they insufficiently acknowledge the shifting hydrologic reality. Instead of delivering an average 20.5 million acre-feet, as the compact assumed, the river has delivered 13 million acre-feet in the 21st century. In the last few years, it’s been worse yet, about 12 million acre-feet. 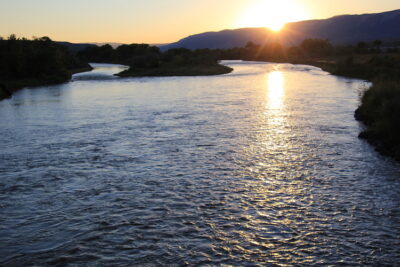 The sun setting on the Colorado River at Silt. Photo by Allen Best.

A scientist I talked to in Grand Junction suggested the potential for an even stronger future. What if the river delivers just seven million acre-feet a year for the next two or three years?

One of my acquaintances, a county official on the Western Slope, recently confided weariness with the now familiar narrative of “drought, dust, and dystopia” on the Colorado River. understood We all want to see the Broncos and Avs win. More instructive may be the Denver Nuggets, who are now in a 55-year championship drought.

Jim Lochhead, Chief Executive Officer of Denver Water, likes the situation on the Colorado River to a bank account that has been drawn down. “And we’re looking at a zero balance with no line of credit,” he said last week at the Colorado Water Center conference in Fort Collins.

What is needed? From a perspective in Colorado, Lochhead argues for a stronger, more assertive federal role. Lochhead was for many years a lawyer based in Glenwood Springs who represented Colorado in river issues.

Everybody that depends upon Colorado River water from northeastern Colorado to Los Angeles and San Diego will have a role, he says. Denver, for example, wants to crowd out grass from medians and incentivize turf removal.

Lower basin states use about twice as much as the upper basin states, and there the cuts must be more radical. Lochhead wants to see the federal government, through the Bureau of Reclamation, more assertively force the lower-basin states to make those hard decisions. The US Supreme Court has upheld federal authority over water entering Lake Mead, he points out, and he suggests the agency may use that power after the November election.

The broad theme will be reducing water used for low-value grasses. That takes in suburban lawns but also the water-greedy grasses grown for livestock, including corn and alfalfa. Hard choices, but they must be made. What more warning do we need?

Featured image: Glen Canyon Dam from the east side. Photo by Allen Best.