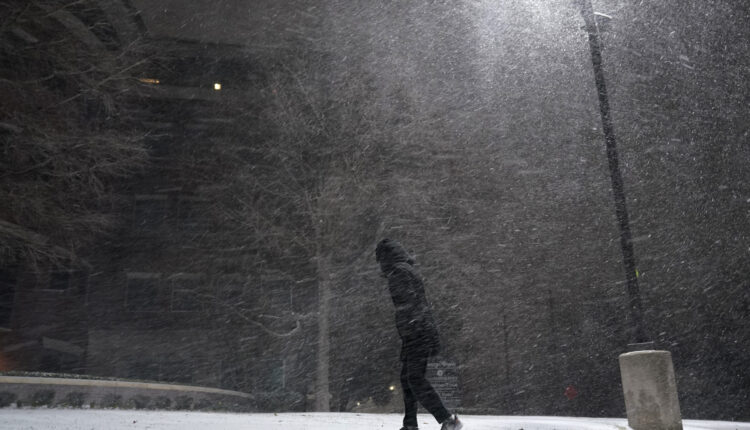 This is an editorial piece. Like a news article, an editorial is based on facts, but also shares opinions. The opinions expressed here are exclusively those of the author and are not associated with our newsroom.

After watching what happened in Texas, the tremendous suffering of millions of people without electricity, without water, for more than a week, the question for us is: could it happen in Utah? The person to be asked is Utah Public Utah Director Chris Parker.

Parker: I’ll hesitate to say it can’t happen here. I don’t want to be absolute, but our system is certainly very different from that of Texas. “

It’s all about the grid. Our grid is used to inhospitable weather. Pacificorp, the parent company of Rocky Mountain Power, has power plants in Idaho, Wyoming, Utah throughout the northwest. These facilities, however, are hardened. The region to which we belong stretches from Alberta to Mexico. The climate and the demand for electricity in this region are very different.

Parker: “Texas is huge, but geographically and weather-wise it is much less diverse than we are, and its facilities are much less prepared for extreme cold.”

That said – we have some problems with wind storms that keep people off electricity for days.

Parker: “There’s not much we can do to protect ourselves from this other than burying new systems and reacting quickly to be resilient in areas like Centerville, where this is quite common. We protect ourselves from these things by building tough enough to handle weather like this, but there is always a risk and frankly, if you could protect yourself from it it would be prohibitively expensive. And that was the problem in Texas. “

Texas has its own power system, but we need to remember – Texas is the size of several states. Part of its vulnerability to power stems from the lack of diversity in weather conditions and the lack of preparation for this relative lack of diversity. Sure, parts of Texas have colder temperatures, but policymakers didn’t think it was enough to prepare for them.

That is the decision they are going to reconsider.

Parker: “If the Texas regulators had stricter requirements on the transmission and distribution equipment for generating electricity, it would have increased rates and raised complaints. However, there is a threshold obligation that regulators must comply with. It’s a contract with the people and with the utilities. I suspect what Texas wants will be different after that than it was before. “