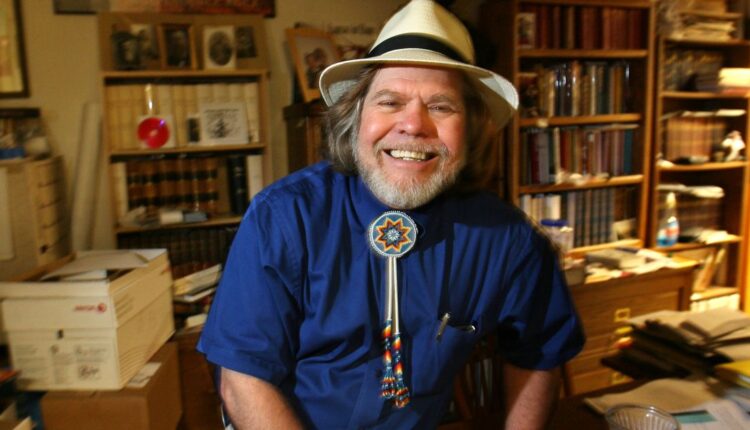 Will Bagley, a clear-eyed historian who wrote extensively about Utah’s past – particularly in an extensive and controversial book about the Mountain Meadows Massacre – has died.

Bagley died Tuesday in Salt Lake City at the age of 71 after a stroke, according to his brother Pat Bagley, the editorial cartoonist for the Salt Lake Tribune.

Will Bagley’s best known book was Blood of the Prophets: Brigham Young and the Massacre at Mountain Meadows, published in August 2002. The book updated Juanita Brooks’ legendary 1950s volume “The Mountain Meadows Massacre” about the murders of 120 Arkansas settlers traveling to California and crossing southern Utah were killed by Mormon militia on September 11, 1857.

One of the most burning points in the book is Bagley’s argument that Young, then president and prophet of Latter-day Saints Church of Jesus Christ, likely orchestrated the slaughter from Salt Lake City.

In her review in The New York Review of Books, Pulitzer Prize-winning author Caroline Fraser described the book as “a comprehensive, meticulously documented, legible story of the events and atmosphere that led to the massacre, as well as his own long, tortuous history captures aftermath. Bagley has carefully negotiated the minefield represented by the remains of the historical record. “

Fellow historian Brigham D. Madsen praised Blood of the Prophets in his review in the Western Historical Quarterly: “This new account of the massacre is a remarkable recreation of the event and the cover-up that followed. The hallmark of the book is thorough and thorough research with unprecedented documentation, including many items from the Latter-day Saint Archives. “

The news that Bagley was working on Blood of the Prophets was enough to prompt church leaders to commission their own book and use historians Ronald Waker, Richard Turley, and Glen Leonard to do the job. Her acclaimed book “Massacre at Mountain Meadows” was published in August 2008.

In an email to The Tribune on Wednesday, Turley called Bagley “a good friend” he spoke to just last week at a meeting of the Utah Westerners, a group of historians.

“I admired his passion and dedication. We’ve spent hours together over the years discussing history, ”said Turley. “When we talked in public, sometimes people with cameras would gather to take pictures of us because they knew we were interpreting some things differently. On those occasions Will said in his ironic way, ‘Yes, but who else am I supposed to talk to about such things?’ “

In 2007, on the 150th anniversary of the massacre, Latter-day Saint Henry B. Eyring, now a member of the ruling First Presidency, expressed “the Church’s deep regret over the massacre. … What was done here long ago by members of our Church represents a terrible and inexcusable departure from Christian doctrine and behavior. “

Bagley estimated that Eyring’s testimony expressed repentance to the Paiutes who had been used as paratroopers for the massacre, but otherwise the Church’s words were missing. “I don’t think I should push it to local [church] Leadership is an excuse, ”he said at the time, according to a Tribune account. “Did you hear a ‘I’m sorry’?”

Bagley had published two of the four books in his “Overland West” series, which recorded the overland trails that led to the expansion of the United States west. The first book, “So Rugged and Mountainous: Blazing the Trails to Oregon and California, 1812-1848,” was published in 2010; the second, “With Golden Visions Bright Before Them: Trails to the Mining West, 1849-1852”, was published in 2012.

His last book was perhaps his most personal. “River Fever: Adventures on the Mississippi, 1969-1972” was Bagley’s account of his teenage experiences after Woodstock as he tried to follow the paths of the fictional Tom Sawyer and Huckleberry Finn.

William Graham Bagley was born in Salt Lake City on May 27, 1950. From the age of nine, he grew up in Oceanside, California, where his father Lawrence Bagley was mayor.

Bagley attended Brigham Young University from 1967 to 1968 and then moved to the University of California at Santa Cruz. There he studied writing with Page Stegner, the son of the legendary Western writer Wallace Stegner, and history with John Dizikes.

Before becoming a professional historian in 1995, Bagley worked in a number of jobs, including a brief stint as a country musician. In 1979 he founded his own record company Groundhog Records to release his own album “The Legend of Jesse James”. He quit his music career to become a writer at the computer graphics company Evans & Sutherland and worked in the technology sector for more than a decade before making history.

Bagley grew up in the Latter-day Saint faith but said at the 2002 ex-Mormon conference that he “has never believed theology since I was old enough to think about it.” He declared himself a “hereditary Mormon”.

He not only authored several books, but also wrote for and edited several historical magazines and newsletters. From 2000 to 2004 he also wrote a column entitled “History Matters” for The Tribune.

Bagley was a frequent guest on KUER’s “RadioWest”, indulging public radio listeners with stories from Utah’s history and folklore. Pat Bagley recalled that when the producer went to the KUER studios to record “RadioWest” he told him not to be “Bagley the table” – a phrase that inspires the station’s engineers von Will, to have hammered on the table to emphasize a point.

During an appearance on RadioWest in 2011, Bagley spoke about the myth of the three Nephites, ancient characters from Latter-day Saint scriptures, the Book of Mormon, who allegedly stopped to serve stranded travelers. Bagley said he had his own experience with the Three Nephites.

“I drove on the back roads to Panguitch once and my car broke down,” said Bagley. “These three guys stop in a pickup truck. You come over, open and close the hood, and the car is ready. Then they say to me: ‘Where are you going?’ I said, ‘I’m going to Panguitch.’ They said, ‘What are you going to do?’ I said, “I’m going there to tell you the truth about the Mountain Meadows Massacre.” And they beat me up. “

Bagley leaves behind his wife, Laura Bayer, who is also a historian; two children, Cassandra and Jesse; and three siblings: Pat, Kevin, and Lisa Payne.

Plans for memorial services are pending.