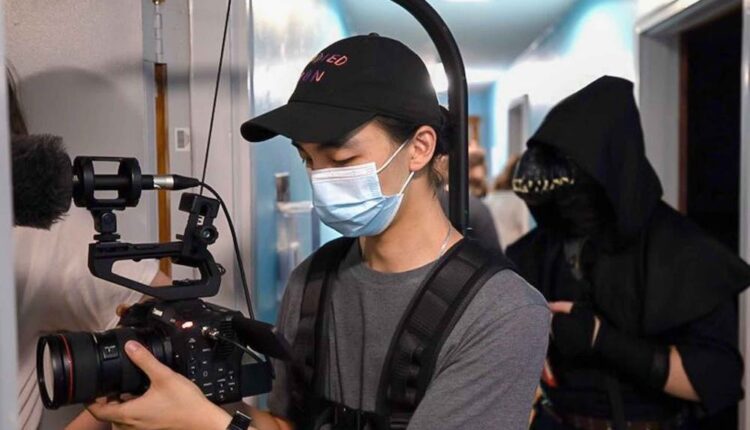 When Sam Ho ’20 started college, he barely knew what LARPing was. Now, he’s directing a documentary about it. Ho began conceptualizing his now feature-length film, “Hero Camp!”, while he was still a student at Brandeis. By July 2022, Ho was living in Providence, Rhode Island, editing over 120 hours of footage with his Brandeis classmate, Colin Hodgson ’20.

Ho spent the summer of 2018 as a videography intern at Wizards & Warriors Summer Camp. Located in Burlington, Massachusetts, Wizards & Warriors is a “live action roleplay” camp — “LARP,” for short. Live action roleplay players portray their game characters in real time. Following the character’s “rules” in the imaginary world, LARP-ing is part-game, part-performance. Campers create their own characters who serve specific roles in the shared fantasy world.

Ho’s summer internship was the first time he had encountered LARP-ing — and professional filmmaking. Returning to Wizards & Warriors to make a documentary after his internship was over felt “really natural,” Ho said. “I was able to honor that craft [of filmmaking] and be inspired by the creativity of these kids, and that culminated in me wanting to be a filmmaker. It just felt right to want to do it at this camp.”

Filming for “Hero Camp!” began the first week of March 2020, but the pandemic derailed Ho’s plans to film in person. He spent the duration of the pandemic doing Zoom interviews with campers and staff. He eventually returned to the camp, once in 2021 and four times in 2022, to film in person. “Through that process [of Zoom interviewing], I gained a much stronger understanding of what this camp means to people,” Ho reflected. “There was definitely a silver lining there — the pandemic forced me to be patient with [the film] and figure out where the story could go.”

Ho worked alone during the filming process, until Brandeis’ re-Commencement in May 2022. “I didn’t quite realize how strong my connections at Brandeis were, especially in SIMS [Sound, and Image Media Studios] … since the world kind of paused for a while.” Ho and Colin Hodgson worked together on various projects in these media studios while they were students at Brandeis.

“SIMS was really the place … where I became part of a film community,” Hodgson said. “Mark Dellelo [director of SIMS] was by far the most responsible for me honing my editing and filmmaking skills.”

Claire Ogden ’21 also spent time in SIMS while at Brandeis. While she hadn’t worked with Ho directly during her time at Brandeis, she said, “My appreciation of Sam as an artist and a filmmaker is really what brought me into this.” Ho helped Alyssa Fagin ’20 create her senior thesis, a documentary film. “It’s cool that it’s coming full circle and [I can] be on Sam’s team and help out as much as I can.”

All four of them have been working in video media since graduating. Before he got involved with “Hero Camp!”, Hodgson had a job creating promotional media content, which he quit to join the documentary team as lead editor. Hodgson and Ho lived and worked together in Providence from July to August 2022. “Living together definitely helps,” Hodgson said. “It’s super easy to brainstorm when you’re together in person; it’s a lot harder to do over zoom. That alone has made it worth it.” Ho added, “And it’s just fun to share … It’s nice to have a sense of camaraderie.” 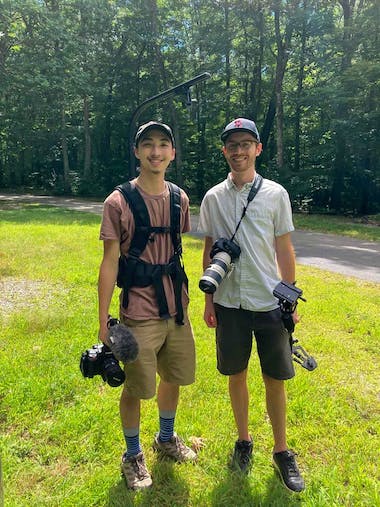 CREATIVE PARTNERS: Ho and Colin Hodgson ’20 met while they were students at Brandeis and are now collaborating on “Hero Camp!”

Ogden, one of the film’s producers, describes herself as an “independent filmmaker.” She said the filmmaking process can be “really lonely and really hard” and said that with “Hero Camp!” it has been “really rejuvenating and inspiring to be able to be in that act of mutually creating something.”

One of the first big decisions Hodgson said he had to make as editor was narrowing the documentary down to focus primarily on just a few people. “The goal is for it to be as condensed as possible while still conveying the emotions … You could make something that will end up looking really amateur and mediocre, or you can put in more effort and energy and creativity and bring it up to the next levels.”

Hodgson and Ho have pared down a rough cut of Ho’s footage. “I think a major theme in this film is change, and I think our hope is to convey the passage of time in a cohesive way,” Ho said. “And hopefully, it’s entertaining.” 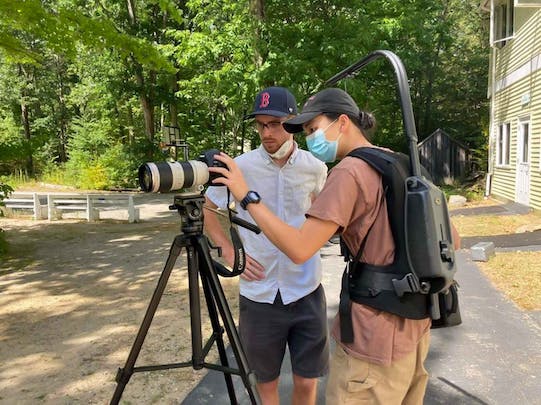 None of the collaborators knew much about LARP before this project. “It was pretty much what I expected when I heard about LARP-ing,” Fagin said. “What did surprise me was the refuge it so clearly provided to many of these campers.”

Despite LARP being new to the filmmakers, they feel there is a relatability to the campers’ stories, even for audiences unfamiliar with LARP. “They’re self-described nerds,” Ho said of the campers, “but at the end of the day, they’re being creative together. I think those types of spaces should be spotlighted.”

“All documentaries come back to the fact that we are human, and any human act is going to be relatable if you portray it correctly,” Fagin said, drawing on her experiences as a documentarian at Brandeis and her work in the professional setting.

Ho feels “Hero Camp!” has dual responsibilities of portraying a story for an audience and uplifting the campers while sharing their stories. “My hope was I [would be] able to build connections with the people I was following and treat them respectfully … These people I’m following are very creative, and I’m learning from them how to build a story,” Ho said. “I’m humbling myself, where it can be a mutually beneficial relationship.”

Ogden added that working in nonfiction moviemaking has changed her understanding of storytelling. “You only have so much agency over the content,” she explained, “You have to figure out ways to convey the points … with the pieces you have. You’re kind of creating the puzzle pieces as you’re putting them together.”

Since “Hero Camp!” is an independent production, “money is the perennial problem,” Ogden said. Ogden, chiefly responsible for the film’s funding, created a Kickstarter for the production and set the funding goal to $10,000. If the fundraising campaign didn’t reach this goal by the Aug. 16, 2022 “due date,” all donors would get their money back — as per Kickstarter’s policy — and the filmmakers would have to find a way to get the $10,000 themselves. They ended up raising $11,015 by their due date.

The “Hero Camp!” team is using the money to score the film and hire another editor. Scoring for “Hero Camp!” will be composed by Cassidy Ames and Giuseppe Desiato Ph.D. ’22, a candidate in Composition and Music Theory at Brandeis. According to Ho, “Hero Camp!” is set to be complete by summer 2023, and it will be submitted for candidacy in independent film festivals this upcoming summer.