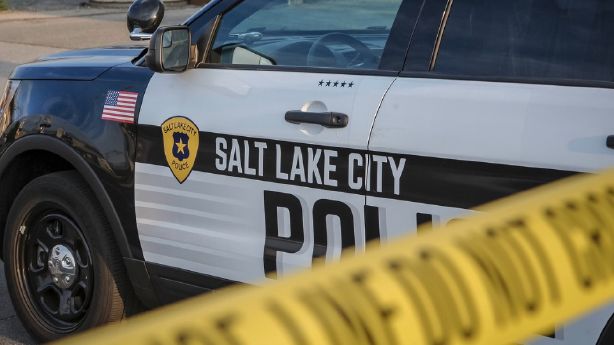 Salt Lake City police responded at the 300 West and 800 South intersection after a woman was hit by a vehicle on the road Saturday morning. (Adam Fondren, Desert News)

SALT LAKE CITY – A 50-year-old woman is in critical condition after being hit by a truck at 300 West and 800 South on Saturday morning, police said.

The police received the call around 10:53 a.m. and responded on site. An ambulance transported the woman in critical condition, Lt. Andrew Cluff of the Salt Lake Police Department.

“At this point we think it’s an accident,” said Cluff. “Nothing criminal is currently being investigated.”

Cluff says the streets have closed one block in each direction during the police investigation.

The woman’s identity was not disclosed. She remained in critical condition until Saturday afternoon, Cluff said.

Games around the Big Sky this week | MSU Bobcats