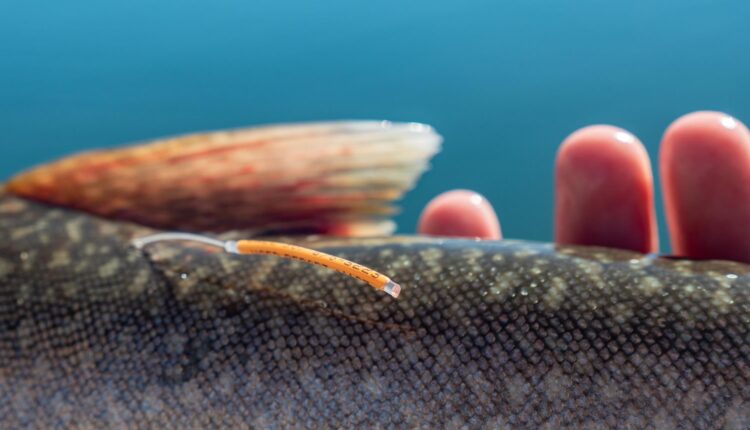 CASPER, Wyo. — The Wyoming Game and Fish Department and the Utah Division of Wildlife Resources are working to tag 1,000 lake trout in Flaming Gorge Reservoir to help with population estimates of late trout under 28 inches long.

Anglers who catch and report tagged trout will not only help with the population estimates but could also win cash prizes, Game and Fish said in a news release on Friday.

200 of the 1,000 lake trout being tagged have been randomly selected for $50 rewards, according to John Walrath, fisheries biologist with Game and Fish.

“Tagged lake trout from either Wyoming or Utah are valid for a potential reward,” Walrath said. “Anglers only need to have a valid fishing license as required by law.”

Tags on the fish are underneath their dorsal fin and are orange in color. The tags have two sides with a tag number on one side and a phone number to the Game and Fish Green River Regional Office on the other.

“Anglers are asked to call in any tag caught between now and Aug. 2023 to see if the fish they caught is worth $50,” Game and Fish said. “Anglers will not be able to tell if a tag has an associated reward without calling it in.”

After calling in a tag, people need to physically return the tag to the Green River Regional Office or mail the tag in order to receive the $50 prize. Tags can be mailed to:

“Any angler who catches and reports a tagged fish will receive a letter from the Department detailing when and where the fish was tagged and its length at tagging,” Walrath said. “If the fish was one of the 200 randomly selected for a $50 reward, a check will also be mailed to the angler from the Game and Fish [Department].”

If people catch fish with different tags, these are likely from the Buckboard Marina’s “Pupulation Control” fishing derby, Game and Fish added.