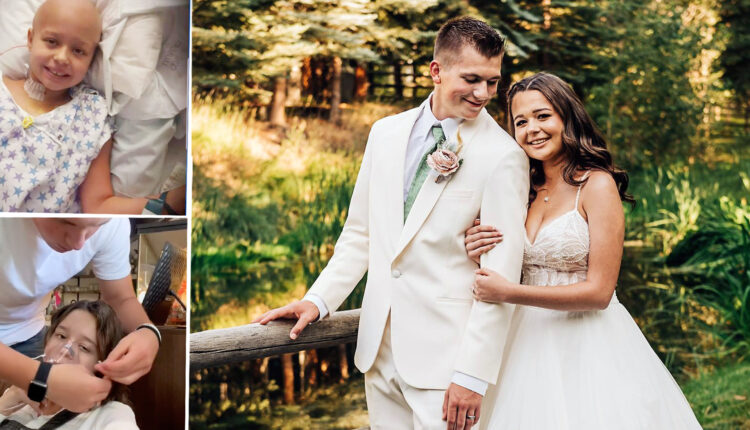 A 17-year-old Nevada high schooler with terminal brain cancer has married her best friend and, with the support of both their families, is candidly sharing her cancer journey with a growing audience on social media.

Clark was diagnosed with ependymoma, a form of brain cancer, at two years old. After treatment, she went into remission, but the cancer recurred. Today, Clark has terminal ependymoma that has migrated to her jaw, neck, armpits, and knees, leaving her wheelchair-bound.

‘Bright Light in My Life’

On Aug. 6, 2022, Clark tied the knot with her best friend, Gottfried, at a ranch with 500 friends and family in attendance.

“Brayden has always been a very bright light in my life,” Clark told The Epoch Times. “Before we started dating, I told him everything I had been through, and that there was always a possibility of going back. Two months into our relationship was when I relapsed.” 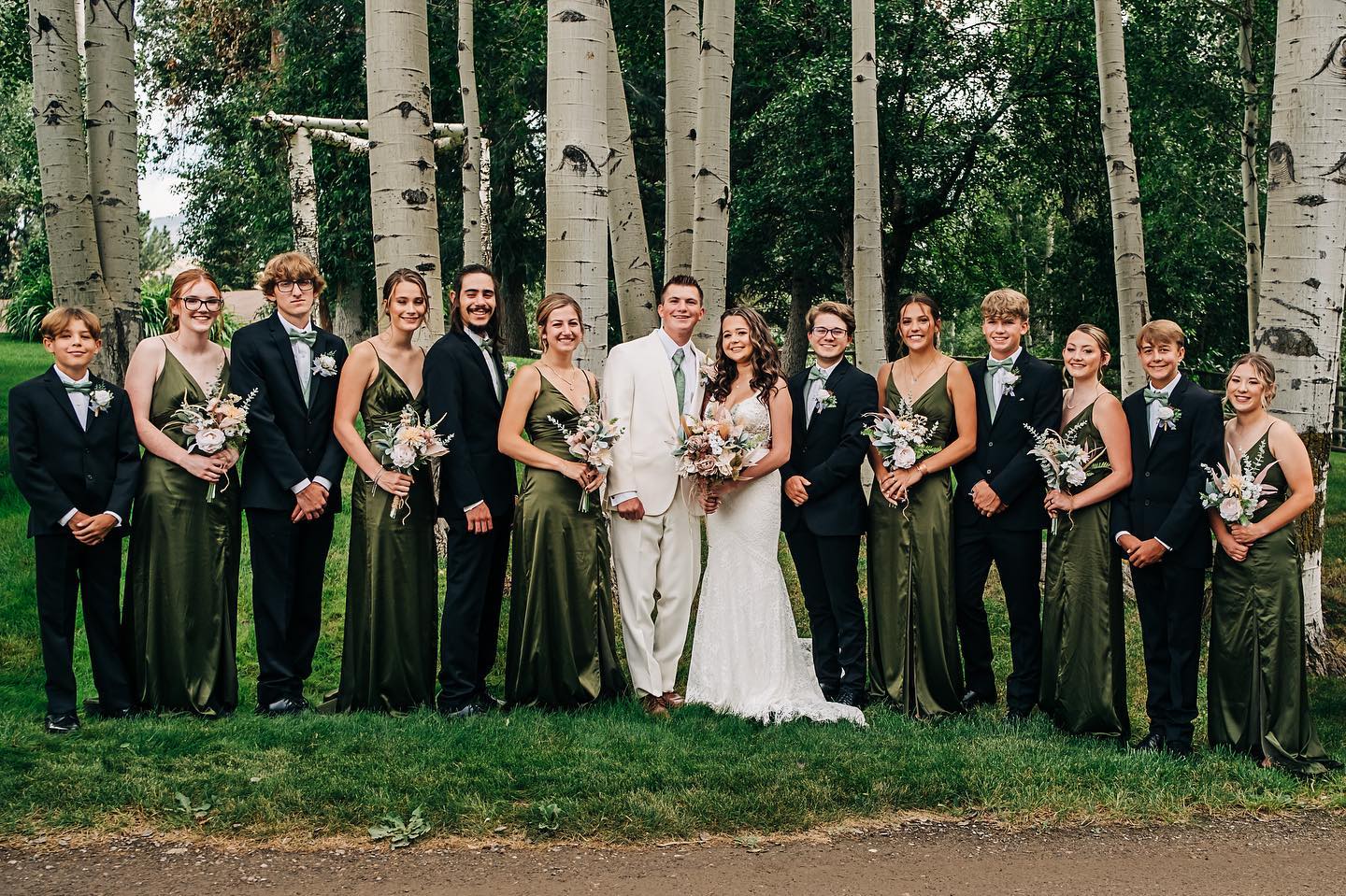 Samantha and Brayden at their wedding. (Courtesy of Samantha Clark)

However, despite the circumstances, Gottfried stuck around.

“We hadn’t even said ‘I love you,’ or kissed for that matter yet when I told him that my cancer was back,” Clark said. “I wouldn’t blame him if he left or he wouldn’t feel comfortable and wanted to just be friends and not continue our relationship further because it was going to be a lot … [but] he said, ‘No, I’m here, I want to be here.’”

Gottfried said, “I tried to just focus on the positives, because there’s been so much negative in her life.”

During the pandemic, while Clark was with her mom—her caretaker—in Salt Lake City and regularly going for radiation, surgery, and other treatments, Gottfried would be video chatting with her every night.

The young couple had discussed marriage since the beginning of their relationship. When Clark received her terminal diagnosis, they had already been dating for two years.

Clark said: “Neither one of us could stand the thought of not being able to do what we’ve always wanted to do. We wanted to marry each other, and we wanted to experience what it was like living with each other, and all of those things, even though we may not be able to grow old together.”

The couple sought the blessing of their families, Gottfried proposed, and, eventually, they got married. 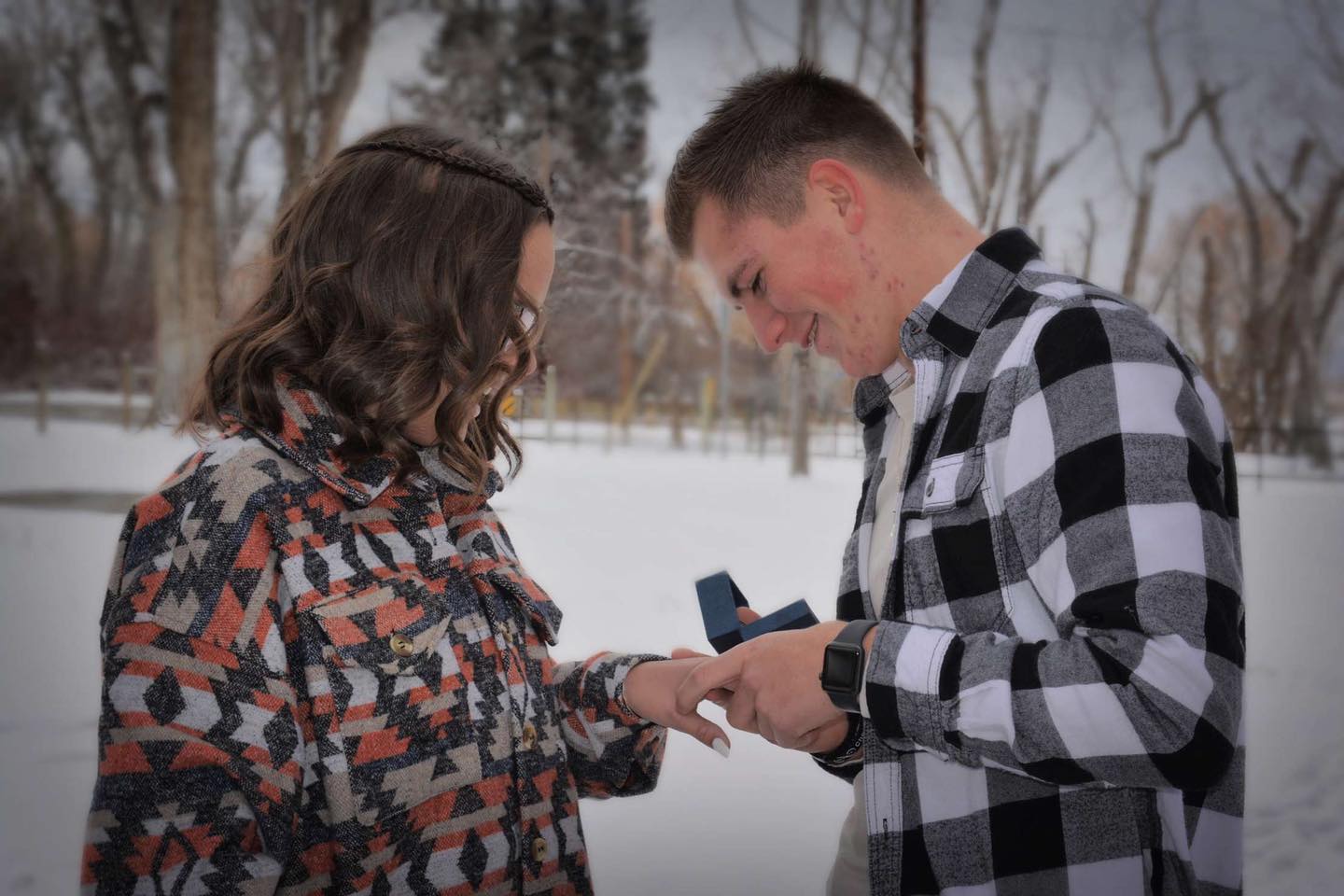 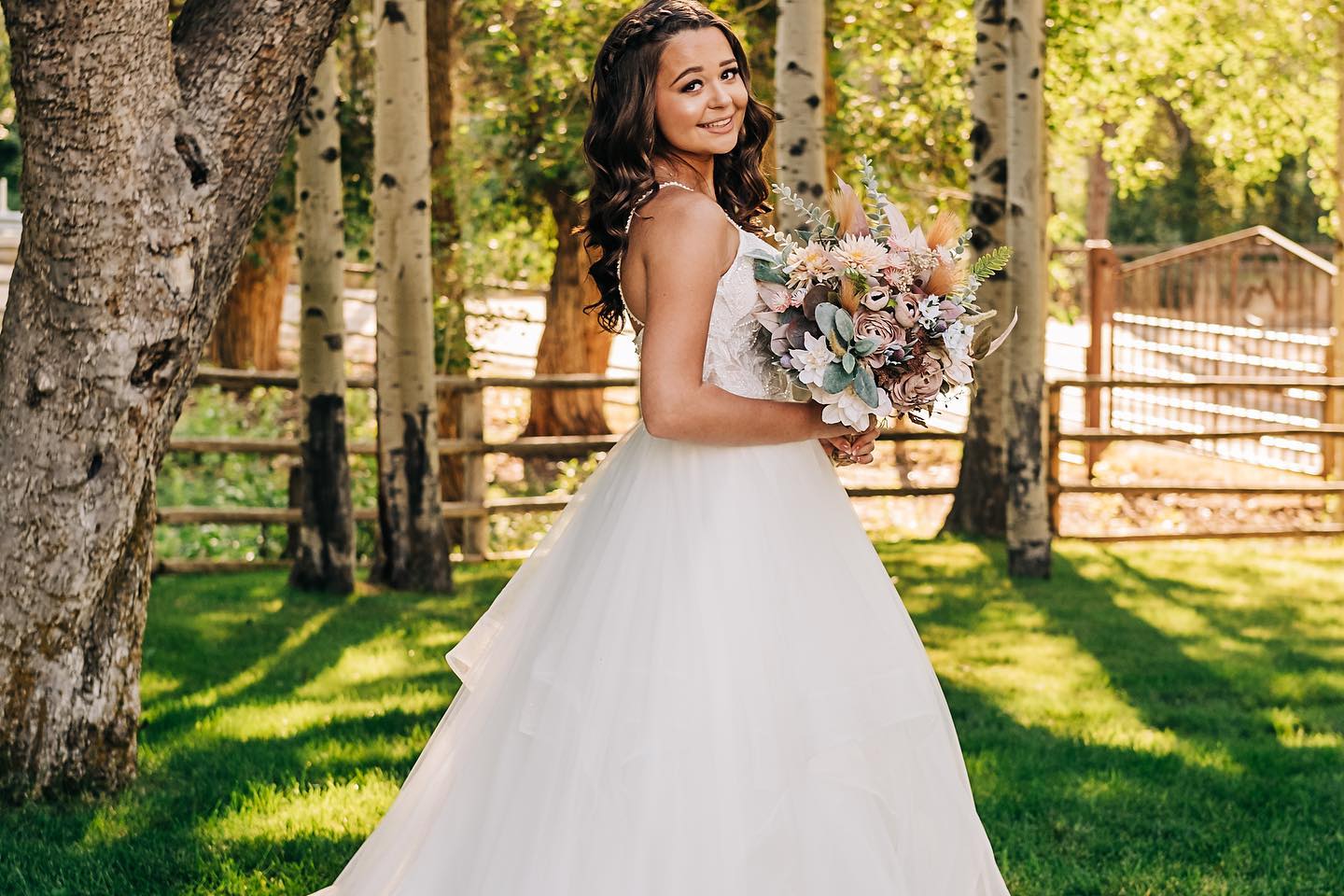 The couple spent their honeymoon in Maui, one of Clark’s favorite places, with Clark’s mom and boyfriend staying in a hotel nearby to help take care of her.

As a child, Clark spent years in and out of hospital for chemotherapy, over 200 rounds of radiation therapy, invasive surgeries, and other treatment programs. Through it all, she had the unconditional support of her mom and grandparents, but unfortunately, her father was “very emotionally and physically abusive.” During this time, Gottfried became a rock for both her and her family. He made sure that Clark was dealing with all her emotions and was doing okay. 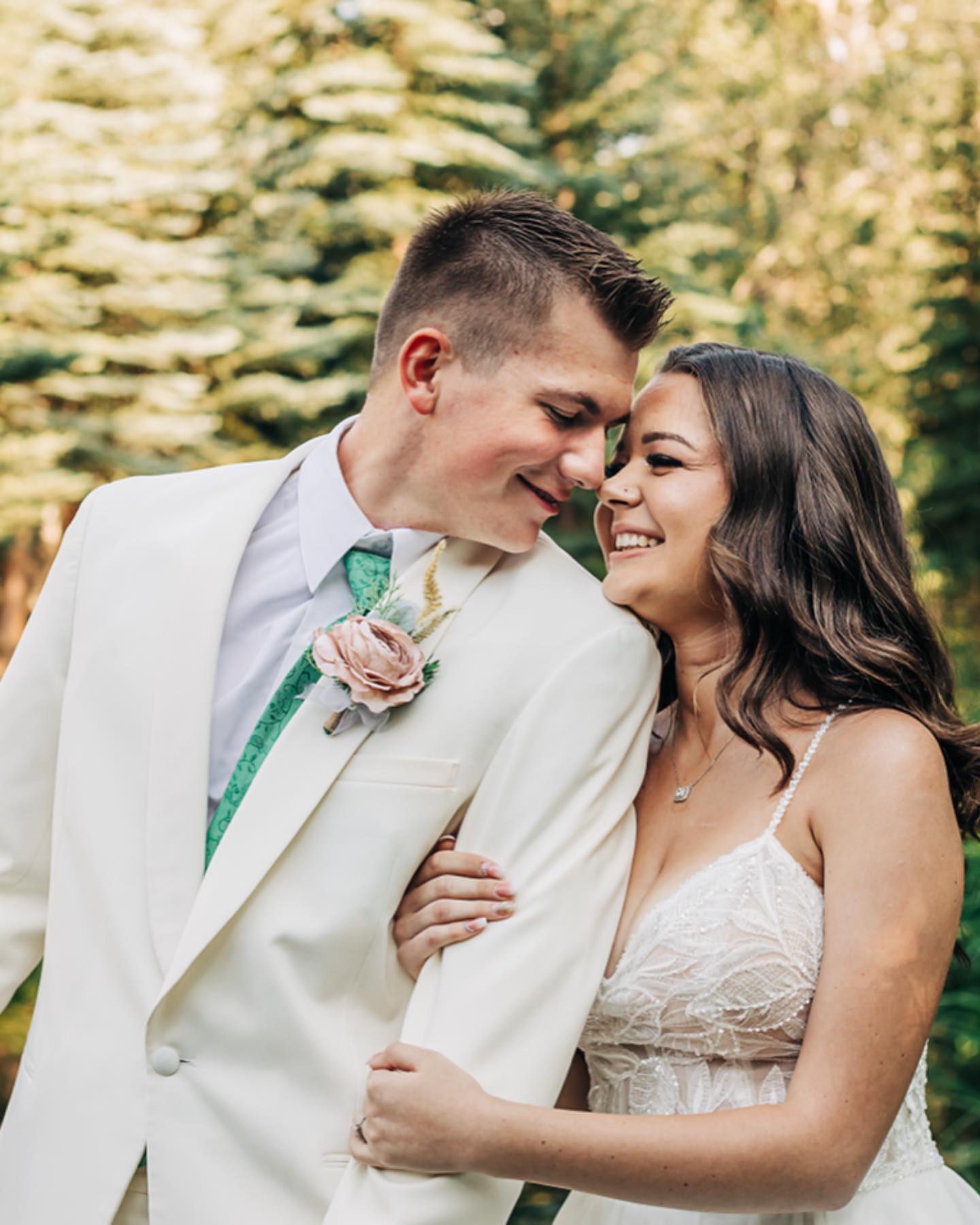 However even when she wasn’t doing treatments, every three to six months Clark had to get MRI, PET scans, TPS and bloodwork to make sure that the cancer wasn’t coming back.

Despite all of that, Clark still managed to do high school rodeo, which was in a barrel race, has been a rodeo queen, played softball for years, and has done gymnastics, tumbling, and cheering.

“Whenever I had the opportunity to be a kid and didn’t have to worry about cancer, we always used it to the fullest and made every moment count,” she said.

However, now Clark is unable to be so active. Her current symptoms include severe neuropathy, fatigue, nausea, swelling of her face, and shortness of breath. She only has one working lung, sleeps around 18 hours a day, and takes medication for water retention and pain.

“Sometimes I wake up and I don’t know where I am, or my mom or Brayden will tell me something, and some minutes later I will ask the same question, because I’ve forgotten,” she said. “That’s due to the tumors…putting pressure on my brain.” 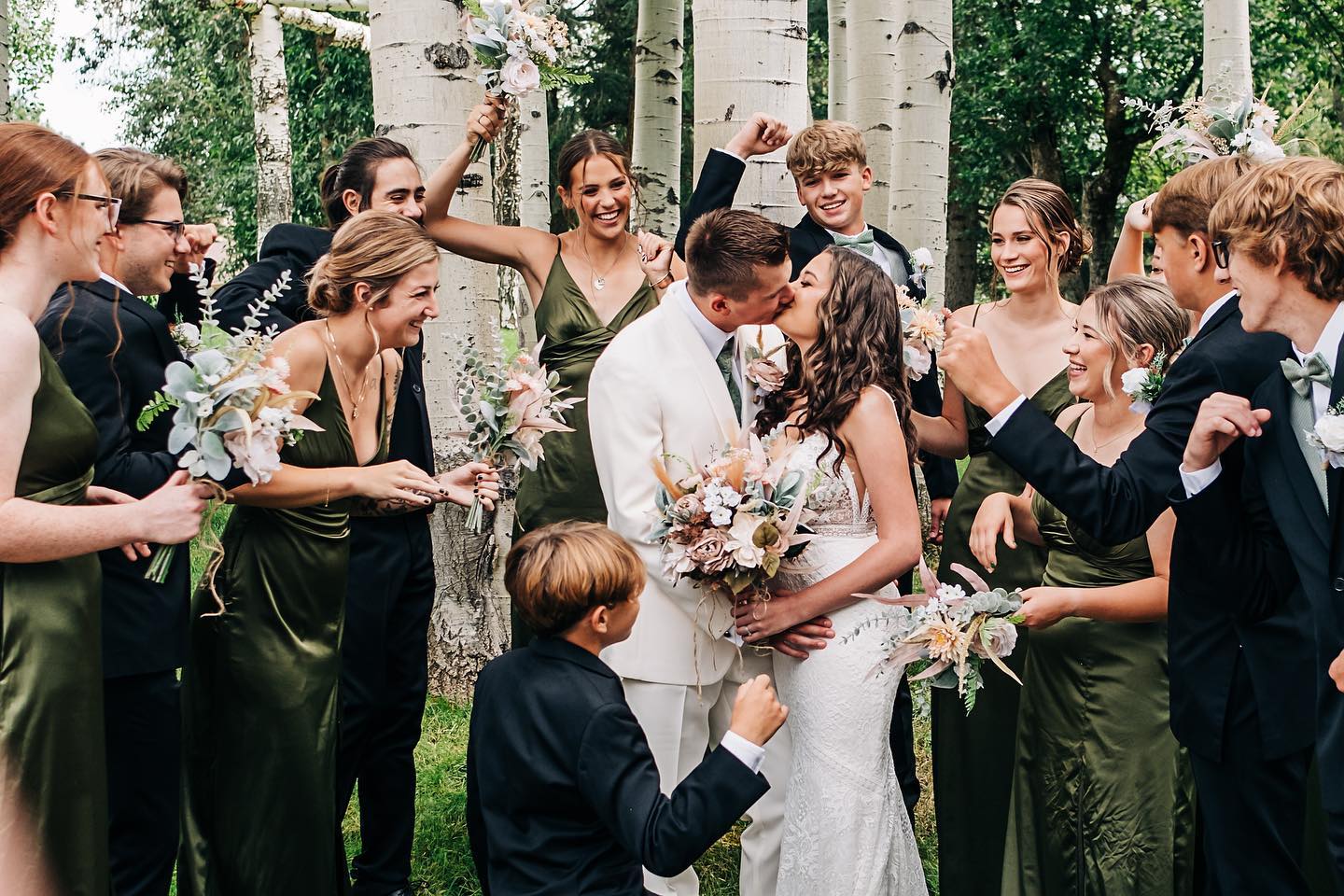 A Voice and a Light

Clark has always wanted to create an impact in the world, whether it be in person or on social media.

The first of her videos to go viral was a “day in the life” montage, showing what she deals with on a daily basis.

Everybody has questions, Clark said, whether they be about her symptoms, her scars, or her prognosis. She has taken to answer these questions by sharing her cancer journey in raw, real videos.

The teenager sees potential for her platform to change conditions for fellow cancer patients. She said, “Everybody seems super supportive, wanting to know more and learn more … it’s a very touchy subject, people don’t feel comfortable asking most questions … if we are going to be able to get the care and funding that we deserve … it needs to be talked about.”

Despite the severity of Clark’s symptoms, she still thinks fondly of her bucket list. Last January, after finding out her cancer was terminal, she went snowboarding for the very first time with her mom and brothers. In May 2022, the family went to Hawaii’s Big Island for a beach vacation with Gottfried. 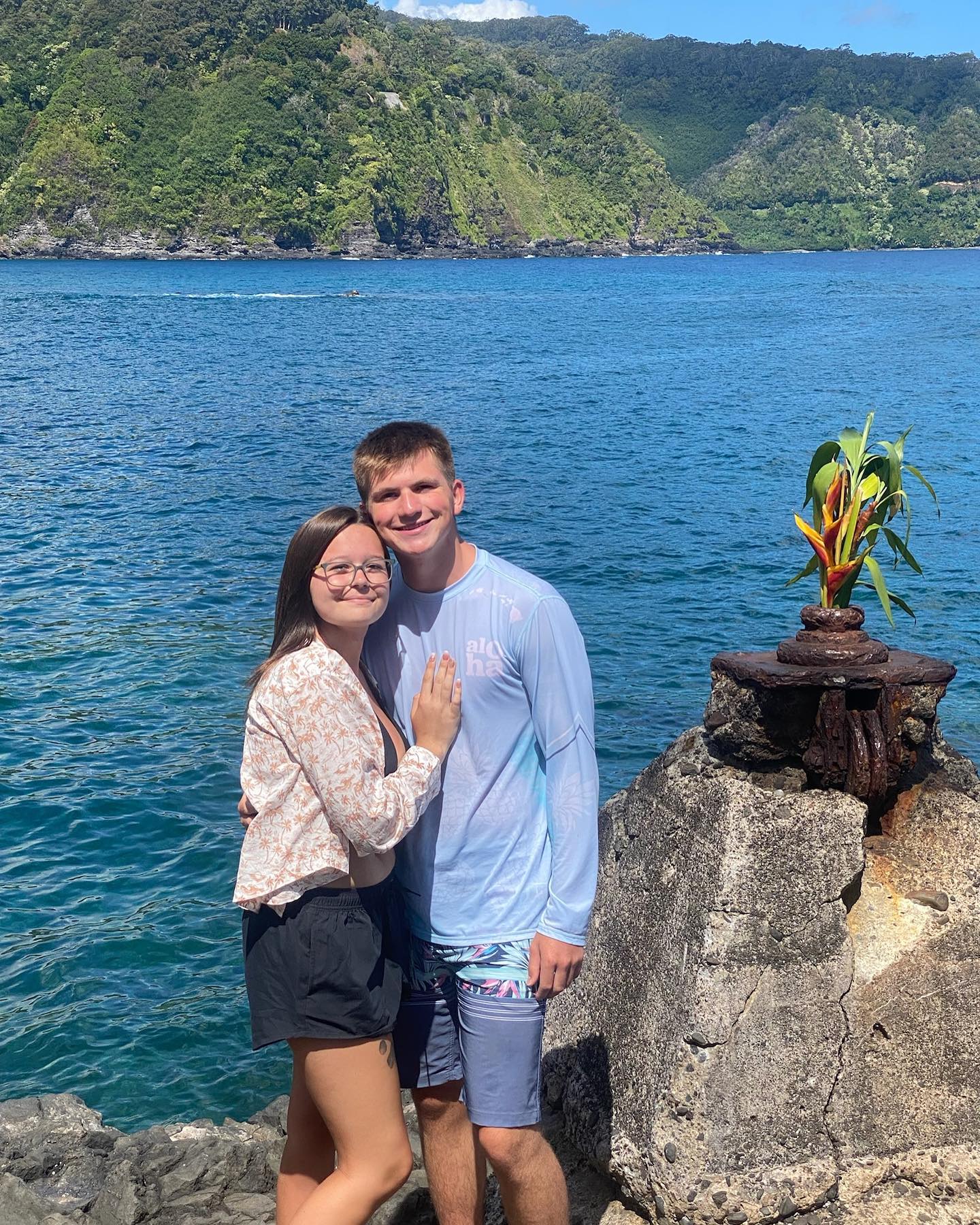 Clark dreams of taking an RV to Oregon but is frank about the fact that her bucket list “doesn’t really work anymore,” because her health has been declining quite steadily.

She is still enrolled at Spring Creek High School in Elko and claims, “If I’m still alive, I’ll graduate with the rest of my class.” Meanwhile, Gottfried wants to graduated from Elko High School in the spring and plans to study biology at college in 2023. He wants to enter the medical profession.

‘The Meaning of True Love’

Although Clark has roots in Utah, she has lived in Nevada since seventh grade and plans to stay put.

“Everything that feels like home to me is here,” she told The Epoch Times. “There are nurses and doctors that come and see me whenever I need … all that we can do now is really keeping me comfortable, and making sure that I’m in the least amount of pain, and feeling as good as I can.”

Clark also knows she has her husband by her side until the end. “It really has shown me what the meaning of true love is, and how much love a person can have for another,” she said.

Gottfried said: “I try to just point out the fact that we’re here, we’re together. I try to show her that she has me loving her, and her family that loves her, and that she will always have someone by her side, regardless of the time or day.”

Share your stories with us at [email protected], and continue to get your daily dose of inspiration by signing up for the Inspired newsletter at TheEpochTimes.com/newsletter

Louise Chambers is a writer, born and raised in London, England. She covers inspiring news and human interest stories.