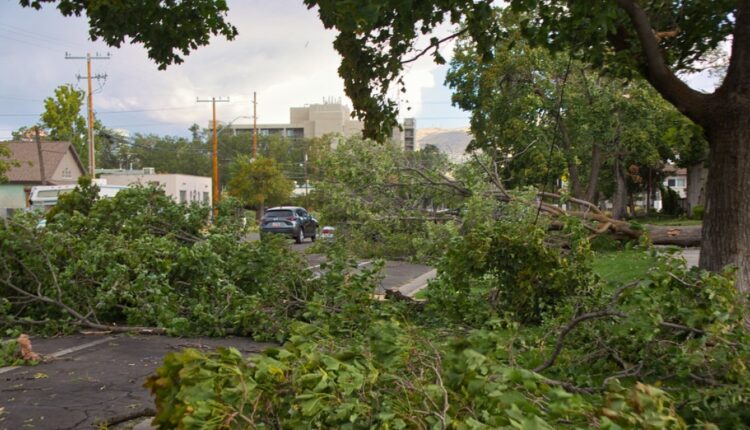 ‘A Long Time To Replace What Was Lost’: Salt Lake Valley’s Windstorm, One Year Later

Almost a year ago a huge storm swept through the Salt Lake Valley. It toppled more than 1,000 trees and caused hundreds of power outages on September 8, 2020.

Since then, workers have planted hundreds of trees to replace those that were lost, and the city plans to complete the effort in November. But the ones who have planted them are so far only two to ten meters tall.

“It will take a long time to replace what has been lost in terms of canopy, overall aesthetics, and a sense of neighborhood,” said Nate Orbock of the Salt Lake City Municipal Forestry Department. “You will likely see an impact from many of these trees, perhaps more on the order of 10 to 20 years. But with a full term of 30 to 40 years. “

Having already spent a year cleaning up the storm and planting new trees, Salt Lake officials now have a year-long backlog of requests to remove dead branches from others. That can affect the distance you have when walking on the sidewalk or standing in your yard, Orbock said.

Jim Steenburgh, a professor of atmospheric sciences at the University of Utah, said the wind that came down from the Wasatch Mountains wasn’t all that unusual. But he said last year’s storm covered more ground and had stronger winds than usual.

Steenburgh said climate change has been linked to some types of extreme weather events, but it’s unclear whether that type of storm is this too.

“I don’t know of any study that really looked at this,” he said. “That is no reason not to take appropriate measures and to plan for the next strong fall storm.”

Steenburgh said it doesn’t matter if there will be another – it depends when. It’s just going to be hard to predict.

Kyle Whittingham is ‘closer’ to finding Utah’s lead running back