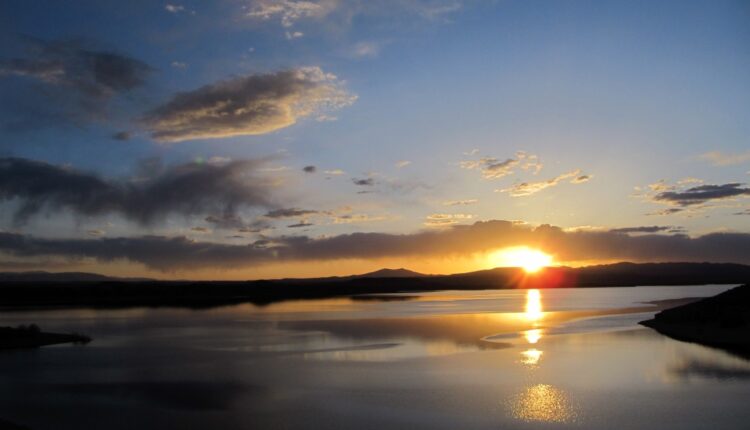 Additional Flaming Gorge releases could be good for endangered fish

A plan to release an additional 500,000 acre-feet of water from Flaming Gorge reservoir is welcome news to biologists conducting research to recover four species of endangered fish in the Colorado River Basin.

“We’re pretty excited about how this turned out,” Julie Stahli, director of the Upper Colorado Endangered Fish Recovery Program, said. “There are a million ways they can release this water, so the fact that they’re doing such good things for these fish for that process is heartwarming.”

The extra water set to come out of Flaming Gorge reservoir in Wyoming during the next 12 months is part of a 2022 Drought Response Operations Plan agreed on last week by the Upper Basin states — Colorado, Wyoming, Utah and New Mexico. The water is intended to help prop up low levels at Lake Powell.

The drought response plan is currently under review by Interior Secretary Deb Haaland and will likely be finalized this week. The timing of any releases has also yet to be finalized, but Stahli said the extra water should allow the Fish Recovery Program to conduct two additional experiments that would not have otherwise been possible.

Each year, the Bureau of Reclamation coordinates releases at Flaming Gorge with groups such as the endangered fish recovery program and the Western Area Power Administration, or WAPA, which transmits the hydropower generated at the site. Without an extra release from Flaming Gorge, Stahli said, the program would only have been able to conduct one experiment — a method of releasing water at a specific time to disrupt the ability of smallmouth bass, an invasive species, to spawn.

With additional Flaming Gorge water bound for Lake Powell, Stahli said, more work can be done. The first bonus experiment would be a water release timed to help the razorback sucker, one of the four species of fish the endangered fish program is focused on recovering. The other three fish are the Colorado pikeminnow, the humpback chub, and the bonytail chub.

Having additional water in the river during spring peak flows can help push razorback sucker larvae into wetland areas that are more conductive to the fish surviving early on.

The second plan on the fish recovery program’s wish list would be to use some of the water to increase the base level of streamflow throughout the summer and fall, which Stahli said has been shown to help the Colorado pikeminnow survive.

“It’s exciting and great that they were able to take our input and use it,” Stahli said. “It puts the onus on us to go out and monitor and see how well it works — bring back as much data as we can to make the most of the situation.”

Bureau of Reclamation program assistant Rick Baxter said the fish recovery program has done a good job of demonstrating the value of using this water in targeted ways. “So in this case,” Baxter said, “we have a chance now because of this extra water — we’re proposing a hydrograph that will benefit the fish species during the spring peak.”

The extra water would also generate additional hydropower at Flaming Gorge, although WAPA public affairs specialist Lisa Meiman said the administration won’t know exactly how much until the plan is finalized. Meiman said WAPA would prefer the releases to be made when energy is most needed, weekdays during the early mornings and late afternoons.

In the past, a significant portion of the fish recovery program budget has come from the revenue generated by the sale of hydropower, but given the lower flows through the Colorado River system the future of that money is uncertain. Stahli said the program is still working on finding alternate funding and hopes to have a resolution by the end of May.

Earlier this year, the water level at Powell dipped below 3,525 feet above sea level, a key benchmark that water managers had been trying to keep the Utah Reservoir above. The level at which Glen Canyon Dam can no longer generate hydropower, known as “minimum power pool,” is 3,490 feet. More than 3 million people rely on the hydropower produced at the dam.

For now, Blue Mesa reservoir west of Gunnison has avoided extra releases to aid Powell. The drought plan, however, does not rule out the possibility of sending water from Blue Mesa in the future. Some scenarios that were under consideration for the 2022 drought plan included a 100,000 acre-foot release from Blue Mesa.