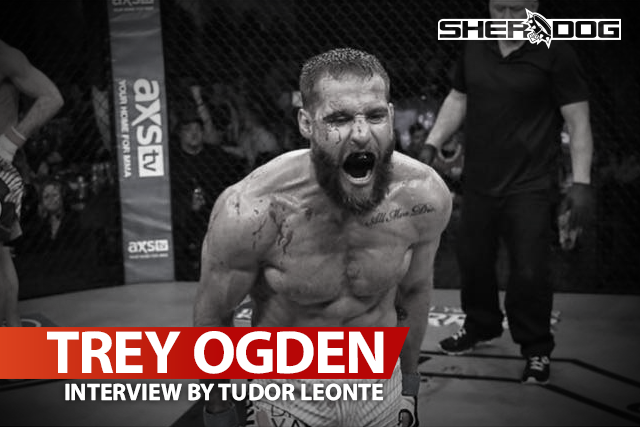 After Short-Notice Debut Loss, Trey Ogden Is Ready to Push The Pace at UFC Vegas 60

Trey Ogden is eager to land his first Ultimate Fighting Championship victory after his promotional debut didn’t go according to plan. Ogden (15-5, 0-1 UFC) walked out to the Octagon for the first time when he locked horns with Jordan Leavitt in April, when he lost a narrow split decision following three rounds of compelling grappling. While he took that fight on short notice, the former Fury FC 155-pound champion confessed that he should have been in better shape that night as he started to feel fatigued towards the end of the clash. Now, “Samurai Ghost” is ready to showcase his improvements against Daniel Zellhuber at the upcoming UFC Fight Night 210.

“I needed to be in better shape,” he said. “I’ve notoriously been a pace pusher in my fights. If you watch my fights, I never basically slowed down. That was like the first time I felt like I had to, but I was coming off a string of injuries and just got a little conservative in my training, and I took the fight on a really short notice. It is what it is. I thought that I’d be able to pull off the short notice thing. I’d never done a short-notice fight, but I did notice in the third round I was more fatigued than normal. I completely revamped my training regimen, completely revamped my strength and conditioning, and increased the intensity to actually surpass what I had done in the past. This was by far my longest, hardest, most grueling camp, which can be seen all over my chiseled physique now.”