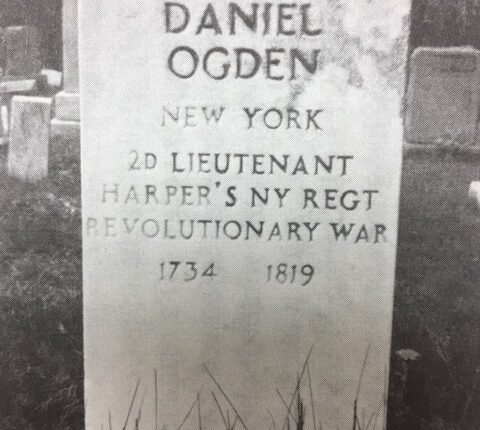 Clearfield County was officially established in 1804; However, pioneers and pioneer families began building houses and settling the area a few years earlier.

James Woodside, Captain Edward Rickerts, Arthur Bell, Abram Goss, Benjamin Fenton, Paul Clover, William Bloom, Thomas McClure, and many others have their place in the history of the county, but Daniel Ogden seems to be the best-known.

Ogden and three of his sons came to Clearfield by canoe on the western arm of the Susquehanna River in 1797. They were New York residents and moved because their property was destroyed in the Cherry Valley massacre.

On the Susquehanna, Ogden met Arthur Bell and they traveled upriver together. Bell helped Daniel Ogden build his house over where Ogden Avenue now intersects Second Street, and then traveled further upriver over what is now Curwensville to build his own.

Arthur Bell’s son, Grier, was the first child to be born among the new settlers in what would become Clearfield County. Bell became a Justice of the Peace in 1802 and would be known locally as Squire Bell, which testifies to his social standing.

Daniel Ogden was a man of great skill and innovation. Rather than hauling his crops the many miles to the nearest grist mill in Lock Haven, Ogden improvised his own mill with an upside-down planer and planer over which he could pull corn on the cob.

His son Matthew eventually built a gristmill with plenty of material but only a piece of iron, a mandrel for a spindle. It should have been a novelty.

The Ogden Mill provided grist to neighboring settlers for many years before a second mill was finally built on Anderson Creek by Robert Maxwell.

Ogden had other talents too. He could sew, build a loom or spinning wheel, repair a weapon, make the millstone for his son’s mill, pull teeth, and become a doctor – all things that greatly benefited the growing community.

Daniel Ogden died in 1819, and many of his descendants still live in the area, as do most of Clearfield County’s pioneer settlers.

Dream big, build big, used to be the American way