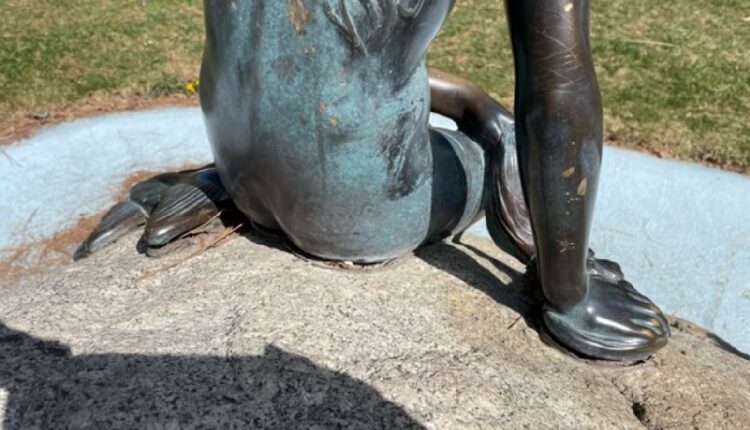 SALT LAKE CITY — Several pieces of artwork are missing from Salt Lake City’s International Peace Gardens after they were damaged in an attempted theft last weekend.

Six pieces of art from a variety of gardens representing different countries have been temporarily removed to undergo repairs.

It’s hard for garden goers to see a place centered around peace vandalized.

“It’s just sad. I mean, there’s not really a reason for it. I feel like especially something like this — super well, put together and manicured like this place,” said Gates Whittekiend.

On Monday, Peace Gardens groundskeepers went into work. That’s when they found artwork that’s been there since the 1950’s and 1960’s with foundations lifted, saw marks, and back pieces hit multiple times.

Luke Allen, Salt Lake City’s Public Lands Department’s Community Outreach, said there have been prior instances of vandalism, but nothing of that extent in such a short amount of time.

“Hopefully, we can make the repairs as fast as we can while still maintaining the artists’ visions,” he said.

Damaged pieces were in the gardens of Wales, Vietnam, Denmark, and a few others.

The stolen artwork, made mostly of bronze and brass, are some of the materials Heath Satow, an Ogden-based artist, said could be traded in for cash.

“I’m sure their intent was not just to damage it for the rear of it. Bronze is mostly copper, so it has a very high street value,” Satow said.

Damaged pieces were in the gardens of Wales, Vietnam, Denmark, and a few others.

The damaged pieces were made mostly of bronze and brass, something a local artist tells me could be traded in for cash.

“Bronze is mostly copper, so it has a very high street value.” @KSL5TV

After safely removing the artwork, Satow said the next step would likely involve heat.

“You would heat up the part that was bent maybe a little bit and try to bend it back as much as possible,” he said.

From there, the pieces would be restored to their formal glory, and a place of peace.

Allen said Salt Lake City is about to launch a new park ranger program. They will then have 16 rangers patrolling their parks.

They’re hoping the rangers are trained in art awareness, so they’ll have a way to better spot something suspicious and keep things like this from happening again.