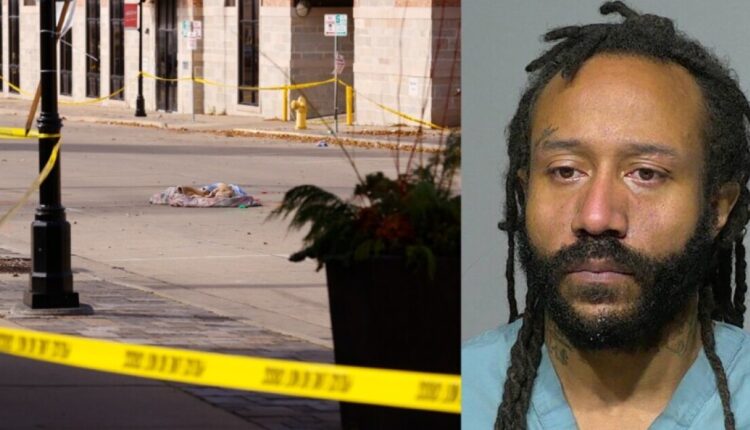 SALT LAKE CITY – The man suspected of driving an SUV through a parade in Wisconsin and killing five people previously lived in Utah, court documents show.

On Monday, police officially named Darrell Brooks, 39, a suspect in the tragedy, which also injured 48 people while allegedly driving through a crowd that was performing at the Waukesha Christmas Parade.

Brooks is believed to be involved in a domestic riot incident before he drove through the parade.

At the time of his arrest, Brooks gave a Milwaukee address as his home. The deposit on the case was originally set at $ 680.

READ: South Ogden man arrested after threatening to kill neighbors with a gun

However, in May 2020, both charges were dismissed with prejudice based on documents labeled “witness issues”, meaning the charges cannot be brought back to court.

A woman previously married to Brooks was divorced by a judge in a West Bank court in 2012 a year after they were married.

Documents show Brooks and Mary Denise Brooks married in Oklahoma in 2010, but became residents of Salt Lake County when they divorced in March 2012. The couple had no children and neither Brooks nor his ex-wife received any child support.

Brooks’ indictment in Utah is but a glimpse of his long criminal history.

“One would have expected that a person with their criminal history, who at the time was likely to have suffered serious bodily harm, would have been held on bail higher than what they could be released,” said Skordas.

“From some reports and some information I looked at, it was pretty clear that he must have been violent, and even the prosecutor is re-examining how this person was released.” Because he judged that person should not have been released, “said Salt Lake County District Attorney Sim Gill.

Some on social media claim the bail reform was to blame, but Gill said it’s not about lowering bail.

“It’s not just about letting people out,” he said. “It’s about making sure we assess the risk if it’s done right. That the person who is at risk for our community should never be released and at the same time we should not detain non-violent people. “