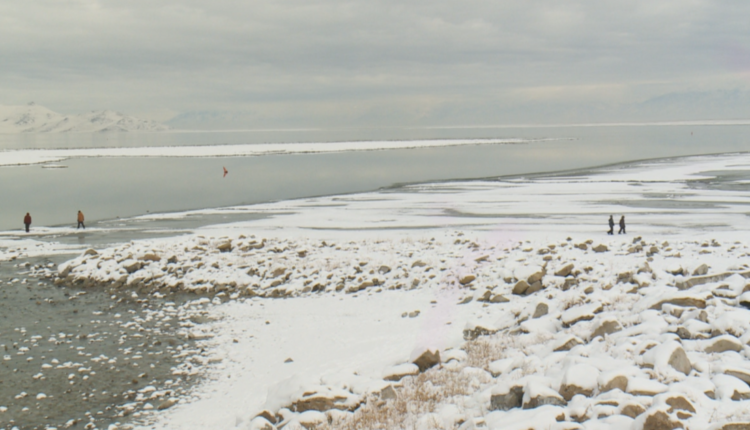 SALT LAKE CITY — An environmental group involved in efforts to save the Great Salt Lake said progress is being made in helping it recover.

“It’s really unprecedented the amount of money and the amount of attention that is going toward the lake and saline lakes in the region,” Marcelle Shoop, the saline lakes program director for the Audubon Society, said in an interview Wednesday with FOX 13 News.

On Utah’s Capitol Hill, the legislature is again expected to take up a series of measures including water conservation bills and funding for efforts to help the Great Salt Lake. The United States Congress recently passed a pair of bills that authorize federal studies and work to come up with data and plans to help saline lakes.

The congressional bills, Shoop said, are a “big deal.”

“Better plans, better information upon which to base decisions,” she said.

The Great Salt Lake is at its lowest point in recorded history largely due to water diversion, Utah’s mega-drought and a changing climate. It has alarmed environmentalists, politicians and the public. A shrinking Great Salt Lake impacts public health, wildlife and the state’s economy. Dust storms are already blowing off the lake and scientists have warned the exposed lakebed contains naturally occurring toxins like arsenic that can harm people over time. The drying lake also reduces snowpack, which feeds into Utah’s lucrative ski industry and there are also harms to wildlife, including millions of migratory birds that use the lake as a shelter. Polls have shown Utahns overwhelmingly support protecting the lake.

The legislature last year gave the Audubon Society and The Nature Conservancy $40 million to secure water rights for the lake itself. They can borrow or buy them. The environmental groups have successfully done it before helping the Great Salt Lake. Contracts with the state of Utah and oversight councils are being put in place, Shoop told FOX 13 News. Asked if they were close to securing water rights, Shoop said she could not say much but added that work was being done.

“There’s interest and you know, we’ve got to work through each one of those interests and also go out and look for other opportunities as well,” she said. “So we’re looking forward to really becoming much more active on that front.”

In a recent interview with FOX 13 News, House Speaker Brad Wilson, R-Kaysville, said Utahns could expect to see measurable water flowing into the Great Salt Lake that wouldn’t otherwise within the next year. He has also pushed for the lake to have its own water rights.

Shoop said it is not too late to save the Great Salt Lake, but warned it will take a long time.

“I think it will take us time to turn it around. It’s going to take action on the part of everyone to change the way we think about using water and looking at opportunities to make sure we have water going to the lake because it’s such an important necessity,” she said.

This article is published through the Great Salt Lake Collaborative, a solutions journalism initiative that partners news, education and media organizations to help inform people about the plight of the Great Salt Lake—and what can be done to make a difference before it is too late . Read all of our stories at greatsaltlakenews.org.

Government leaders sworn in for the new year