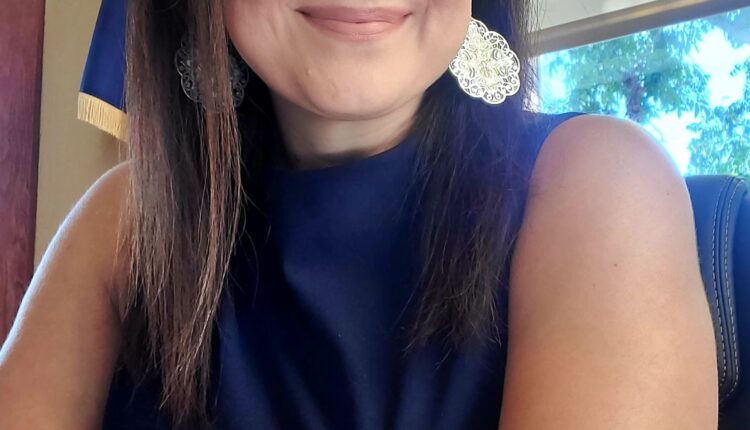 When Michele Van Stavern was nominated for Queen of Midland College Homecoming in 1999, she wrote in her biography that she wanted to be a judge. In June 2021, 43-year-old Van Stavern achieved her goal. She is now the Justice of the Peace for Precinct 1 in Kendall County.

“When I was growing up, I had a friend whose mother was a judge at the city court,” explained Van Stavern. “I think that gave me the idea of ​​becoming a judge too. Took a long way to get here, but it was a great drive! “

She spent her early years in Vernal, Utah, and later moved her family to Wyoming when she was in high school. In the summer after graduating from high school, she traveled to Midland to look after her aunt’s sons.

“I thought my move to West Texas was temporary, but I really enjoyed it, so I started taking classes at Midland College,” Van Stavern said. “I attended courses and worked part-time as a clerk in the Vice President’s Office for Education. The college president’s office was directly across the street, and one day the student government president, a guy named Mykal, visited the MC president, who at the time was Dr. David Daniel was. I guess Dr. Daniel was something of a ‘matchmaker’ because he came out of his office and told me I had to meet Mykal. So I did what he told me and now Mykal and I have been married for 20 years and have three children! “

While studying at Midland College, Michele was an active member of the Latin American Student Association and also moderated the Teen Court Monday night. She claimed that the Teen Court experience added further impetus to her desire to become a judge one day. In May 1999, Michele graduated from Midland College with an Associate of Applied Science in Criminal Justice and moved to Texas Tech.

“My original thought was that I would go to college in my home state of Utah, but instead I followed Mykal to Texas Tech,” she said.

The couple eventually moved to Amarillo and then to Dallas. After giving birth to their first two children, they moved back to Midland and Michele worked for the Midland County Sheriff’s Office. After the birth of her third child, she resigned from the Sheriff’s Office and worked part-time for the Midland College Police Department as a dispatcher.

“Midland College needed more licensed police officers, so they sponsored me to go through the police academy and get my Texas Law Enforcement license,” explained Van Stavern. “While working at Midland College, I was also assigned to the US Marshal’s Fugitive Task Force in Midland. Every other Thursday I reported to federal court and helped the marshal’s office, mostly issuing arrest warrants. I then worked for the MC Police Department for two years and then returned to the Sheriff’s Office as a crime scene investigator. “

In 2015, Mykal’s job took the family to the San Antonio area and they settled in the nearby town of Boerne. In February 2016, Michele accepted a job as a patrol officer with the Boerne Police Department. She also completed an online bachelor’s degree in Justice Administration from Wayland Baptist University.

“During my first two years as a patrol officer in Boerne, I worked at night because I could be home in time to take the children to school and pick them up in the afternoon,” she said. “This schedule worked great during the school year. I would sleep during the day while everyone was gone. However, the summer vacation and school vacation were a bit tough. I remember that I didn’t sleep much during those times! “

In 2018 Van Stavern moved within the Boerne Police Department and became school resource officer. This gave her the opportunity to have the same lessons as her children.

One night while driving after a high school football game, she was hit by a drunk driver and suffered multiple fractures, including a wrist, elbow, and four ribs. She also had a traumatic brain injury, a laceration on her left arm that was torn by her tendons, and a torn biceps. Due to the massive blood loss, she suffered hypovolemia shock and received blood transfusions. Although she still has scars and a “got” wrist, Van Stavern returned to work just 10 weeks after the accident and received the “Fit for Duty” award from the Boerne Police in 2020 and 2021. She currently runs three miles every morning.

Last spring, Van Stavern moved to serve the remainder of the vacant position of Justice of the Peace in District 1, Kendall County.

“I didn’t want to apply, but my colleagues and friends kept encouraging me to do so,” she said. “I figured I might as well apply. Being a judge was a lifelong dream, so I might as well try to make that dream come true. “

In June, Michele Van Stavern resigned from the Boerne Police Department and began her current duties as Judge and Justice of the Peace in Kendall County.

“The funny thing is my family was excited to get rid of the police radio that went off day and night,” she said. “However, on my first day as a judge, I got a police radio and said I would need it, so we still have a radio in the house!”

In her current role, Van Stavern is responsible for overseeing the day-to-day operations of the Kendall County Courthouse, the second oldest courthouse in Texas. She said her working hours are between 40 and 50 hours a week and include responding to deaths in the precinct and determining if they were due to suspicious causes and whether or not to order an autopsy. She is also responsible for hearing petty claims – anything from $ 1 to $ 25,000 – eviction cases, debt claims, and banking lawsuits such as traffic quotes known not to be guilty. She is one of four judges in the county, and two of them have been in their respective positions for over 30 years.

“I don’t have the years of experience the other judges have, but my law enforcement experience definitely helps,” said Van Stavern.

She and the other three judges take turns in the prison in the mornings to supervise the inmates and to provide bail or bail. Her experience in the Midland County Jail when she worked for the Sheriff’s Office served her well in that capacity.

In her spare time, Van Stavern loves to watch soccer with Mykal and her children – Shea, who is in her freshman year at Texas Tech, Cristina, who is in 10th grade, and Ray, who is a fifth grader. She also enjoys watching her children’s sports games. Her son Ray started taking jiujitsu lessons last year and Van Stavern draws on her experience to teach defense tactics to Boerne Police to help him.

Van Stavern said she would like to continue serving as a judge in Kendall County and looks forward to her upcoming campaign. Their term of office ends on December 31, 2022.

“Michele is a hard worker, determined and tenacious,” said Richard McKee, Midland College police chief. “To steal a quote from Dwayne ‘The Rock’ Johnson, she’s” the kind of person who, in the morning, when their feet hit the ground, the devil says, ‘Oh crap! She is up. ‘ I enjoyed working with her and watching her career development. “

When the Eye on Older Patients Is a Camera