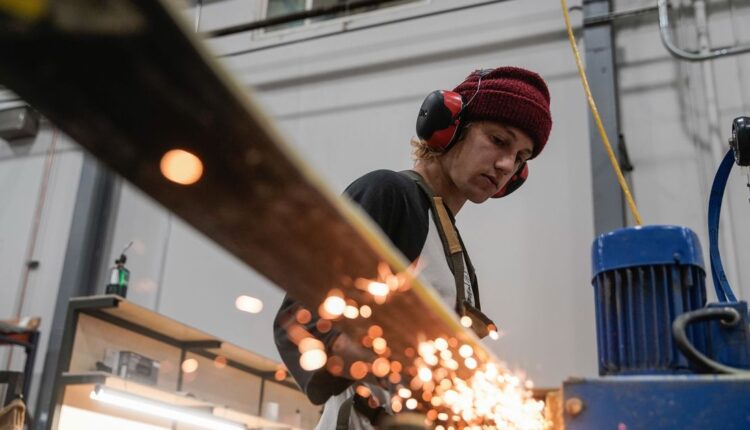 Petroleum is likely to permeate the room you are sitting in. Its products can be found in the kitchen utensils you used for cooking and breakfast, the soap you cleaned up with, and the toothpaste and toothbrush you used after you ate. It’s probably because of your clothes. It is definitely up to the computer you are reading this on.

And if you are a skier, petroleum products are an integral part of the construction of your ski. Unless you own a pair of WNDR alpine skis.

The Utah-based company has made waves in the ski industry since it was founded in 2019 as an offshoot of the Californian startup Checkerspot, mainly due to its use of algae-based bioplastics as a substitute for petroleum products in ski production.

You read that right – seaweed. When thinking of a long-lasting alternative to plastic in the household items listed above, algae probably doesn’t come to mind. But in its third year in the ski industry, AlgalTech from WNDR Alpine is proving to be a reliable and profitable replacement for petroleum-based plastics.

The company now has three skis in its line of products, each priced at $ 699, with older models being offered at a discount.

If sustainability and performance weren’t enough to position WNDR Alpine as the future big name in skiing, two of the minds behind the project could be – Matt Sterbenz, General Manager Winter Sports at Checkerspot, and Pep Fujas, Vice President Marketing and Product Development.

As a former professional skier, Sterbenz launched 4FRNT skis in 2002, which have become a leading innovator in park, big mountain and backcountry skiing. Fujas is also an accomplished ski professional, with almost two decades as an athlete for the industry giant K2 Skis, who even launched a ski with his name, the “Kung Fujas”.

Both WNDR Alpine and its parent company have high ambitions. Checkerspot has its sights set on all American manufacturing and hopes that the success of its algae-based materials can encourage a move away from petroleum products.

The goals are more targeted for the fast-growing WNDR Alpine, which almost doubled its workforce last year, tripled the size of its Salt Lake City plant and plans to open a new flagship store in the west of the city in the coming months. The company plans to use its algae products to launch a line of clothing and plans to partner with other ski and outdoor companies to help them transition from petroleum.

Although Checkerspot holds multiple patents, much of the technology isn’t new, and Marshland said the company is focusing more on partnering with potential competitors rather than using sustainability as a marketing ploy.

“We want this to be as systemic as possible, rather than keeping all the bio-based materials to ourselves because we have to fool ourselves if we believe a backcountry ski line is going to save the world,” he said. “But something that could actually have a significant impact is the widespread adoption of algae oils, algae ingredients and algae materials in multiple industries … with these skis we will get as close as possible every year. ” 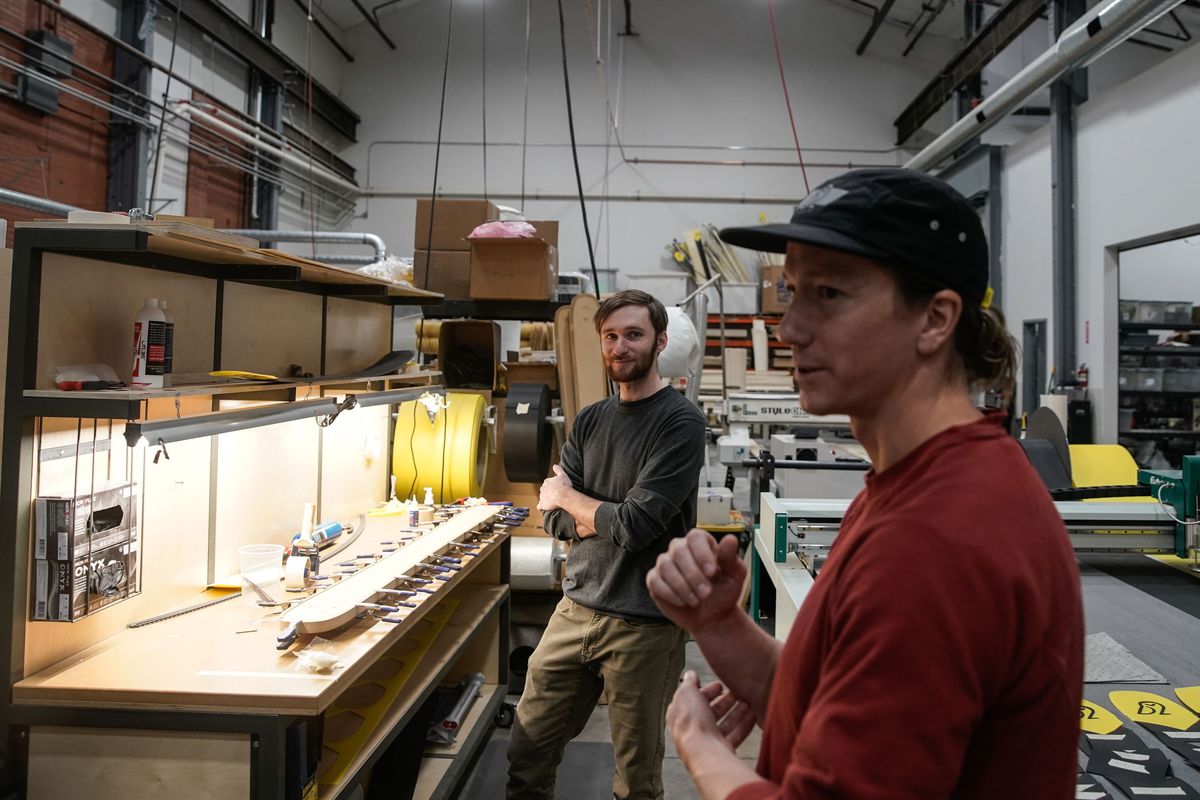 In an industry full of company promises to reduce emissions, offset CO2, eye-catching electric vehicles and recycling programs – measures that skeptics often refer to as greenwashing – WNDR Alpine has emerged as the only manufacturer of ski hardware as a Certified B Corporation. The prestigious label is awarded to companies with “the highest standards of verified social and environmental performance, public transparency and legal accountability for the balance of profit and purpose,” according to the B Corps website.

“Ski making is an incredibly wasteful process, I can’t stress that enough,” shouted Marshland over the hum of machines in WNDR Alpines’ 22,000-square-foot factory.

Much of this waste comes from the use of thermoplastic ABS – acrylonitrile butadiene styrene. Plastic, for laypeople. Most skis are made from a mix of ABS plastic, fiberglass and wood for the core, a polyethylene material for the base, metal edges and an ABS plastic sidewall.

And while the finished product from WNDR Alpine may look like this As with all other ski manufacturers, it has successfully replaced ABS plastic in most stages of production.

So far the feedback has been good. The skis can withstand excessive stress from Fujas and other professional athletes, equipment reviews are generally positive, and Marshland said he can count on one hand the number of returns the company has made.

“Wood distributes vibrations a lot, but the algae foam helps to alleviate that,” said Fujas, who was approached by Sterbenz in 2018 when he was still under contract with K2.

Fujas admits he was initially skeptical when asked to leave one of the biggest names in the industry, which had dozens of skis in its line of products, for a startup that only offered one model at the time. “But I got on my skis and they skied great,” said Fujas, and it wasn’t long before he saw Sterbenz’s place as more than a gimmick.

“Skis have to withstand a lot of forces,” says Fujas. “Between the environment, heat, cold and the forces that are exerted solely by skiing itself – you have to put a lot of weight on the ski, it has to bend, it has to function in many different ways. So this really helps to prove what these materials are capable of, so that you can present this to other interested companies. ” 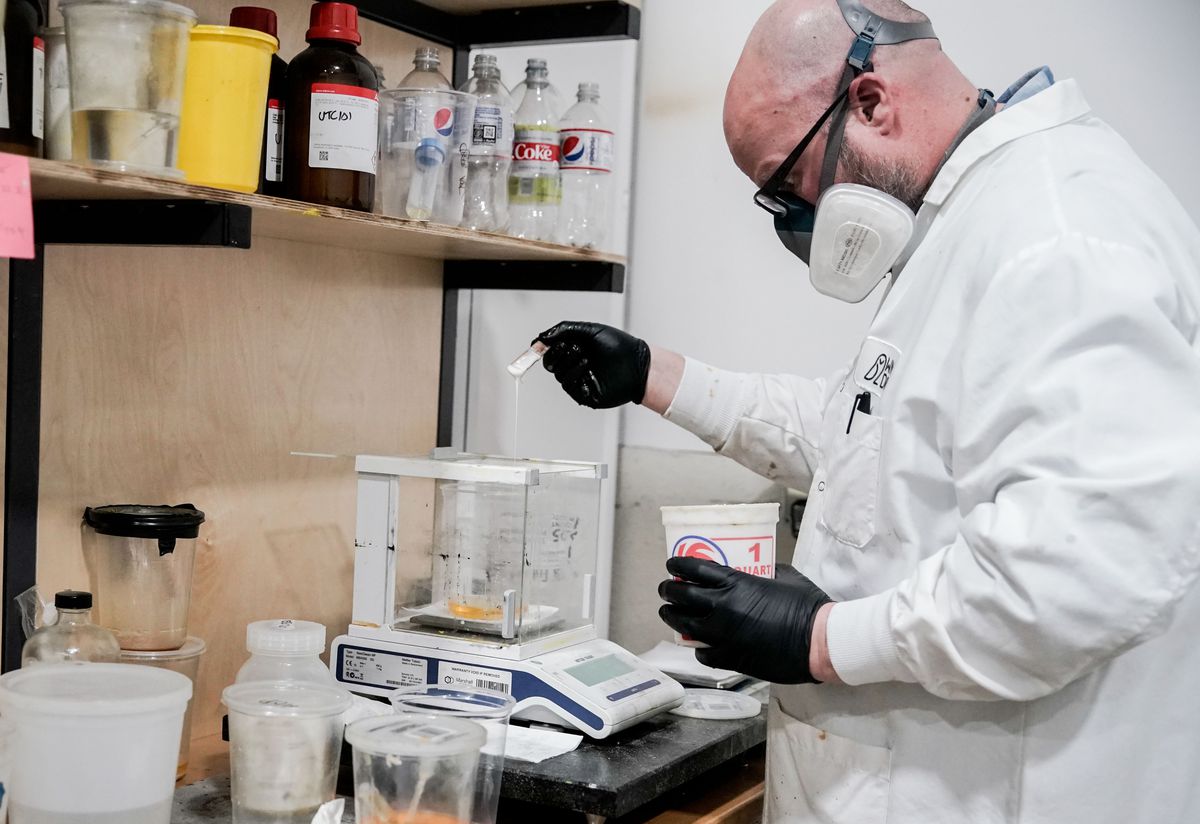 From the petri dish to the slopes

The process begins in Berkeley, California, where oil is made from microalgae grown in fermentation tanks. This oil is a precursor to a number of plastic substitutes, including the polyurethane material used in WNDR Alpine skis. The oil is shipped to Utah, where a chemical reaction creates a solid foam.

The foam is cut into stringers – narrow strips that are laminated onto aspen wood to form the ski core.

In addition to the foam, WNDR Alpine makes a liquid polyurethane that is poured into a channel cut around the perimeter of the core to form the sidewall, essentially the side of the ski over the edge.

ABS plastic also forms the sidewall of most skis, which are shipped to businesses in a solid, rectangular shape, attached to the core with resins and epoxies, and then cut off to create the tapered ski profile. It’s one of the many wasteful steps in ski production highlighted by Marshland.

“You end up milling it down and wasting a lot of the material you just bought and dumping it right in the landfill before it even becomes a ski,” Marshland said, noting that the algae-based oil eliminates excess material that is used in the side wall construction. 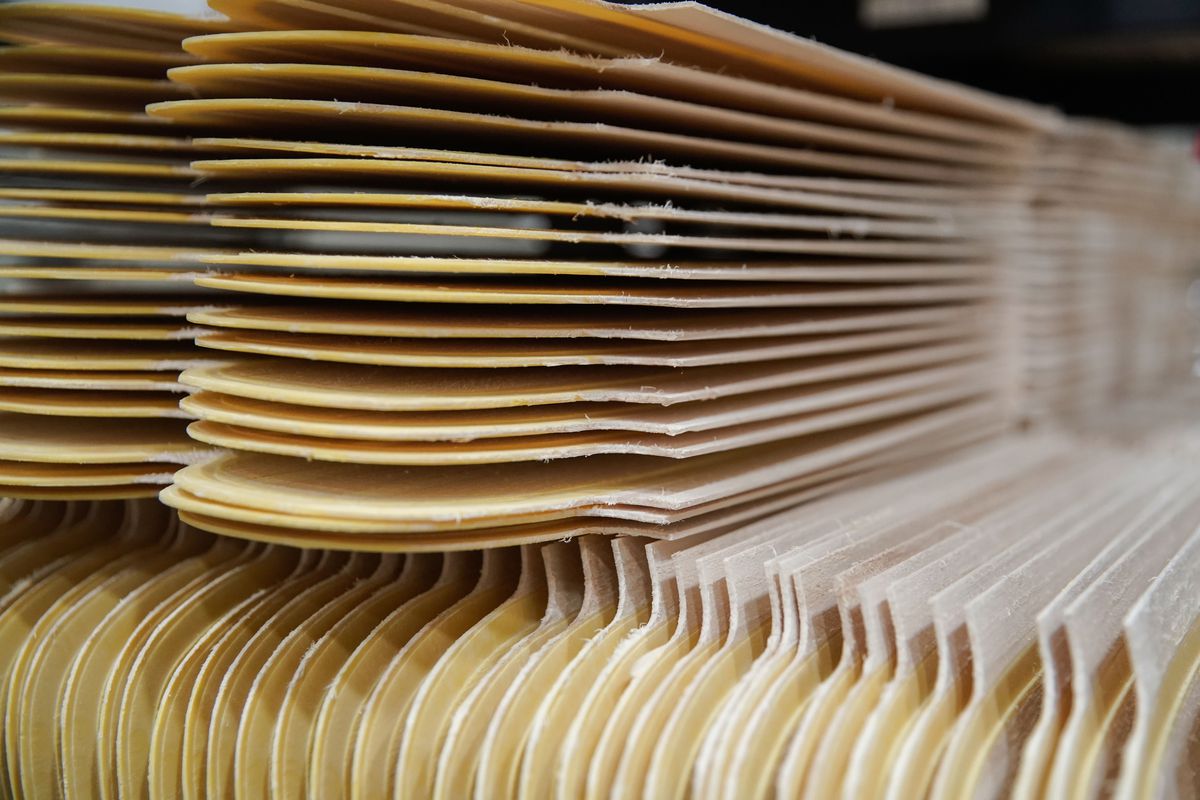 And while there is still a lot of scrap on the WNDR Alpine sales area, instead of throwing it in the trash, the leftover material is recycled to make ski racks. After all, Fujas wants to see the scraps used to make everything from countertops to bike racks.

“I guess 99% of ski production goes straight to the landfill. So that’s usually all rubbish, ”said Fujas, pointing to a rubbish bin full of ski rubbish. “We loop everything together and use it in a new application.”

The company has also done well in the supply chain problems that are suffocating most American industries, using wood from Michigan and shipping its seaweed oil domestically.

WNDR Alpine currently markets itself as a backcountry ski company, although both Marshland and Fujas emphasized that their products can be used in the ski area. This summer they are planning to release a splitboard – a snowboard specific to the backcountry – and WNDR Alpine clothing is also in the works. 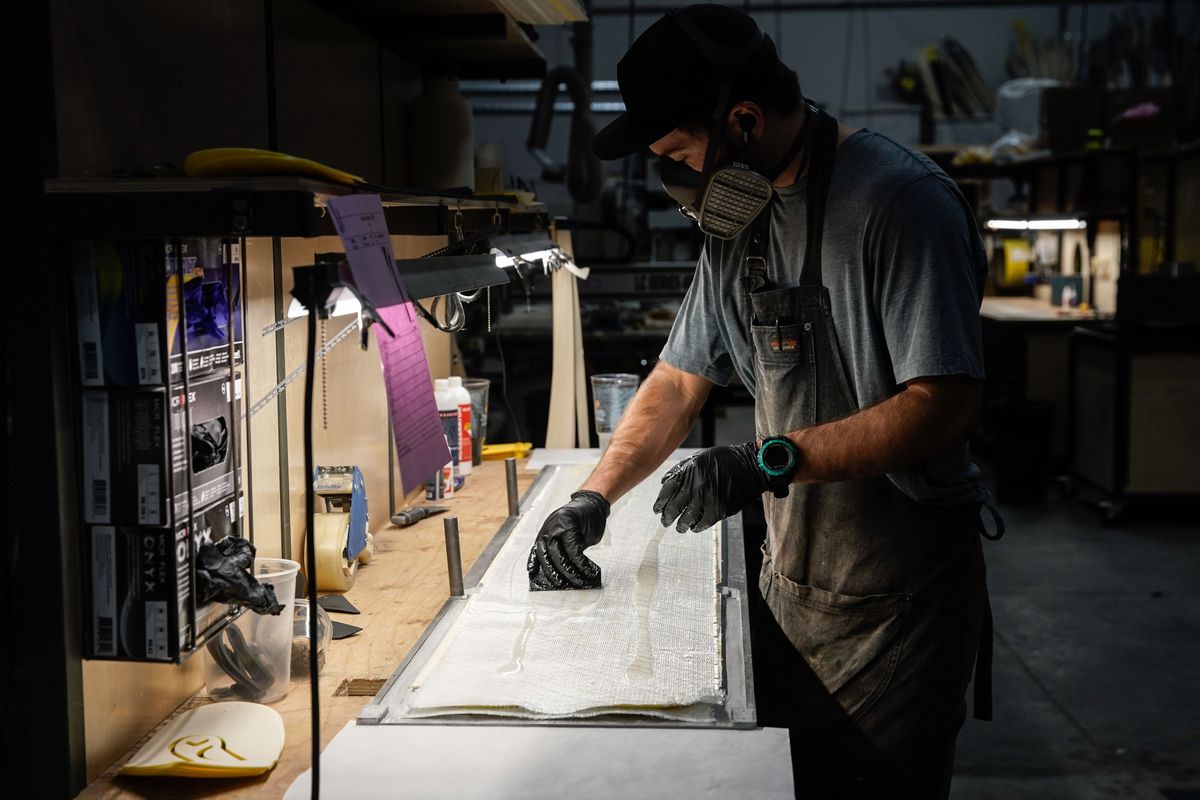