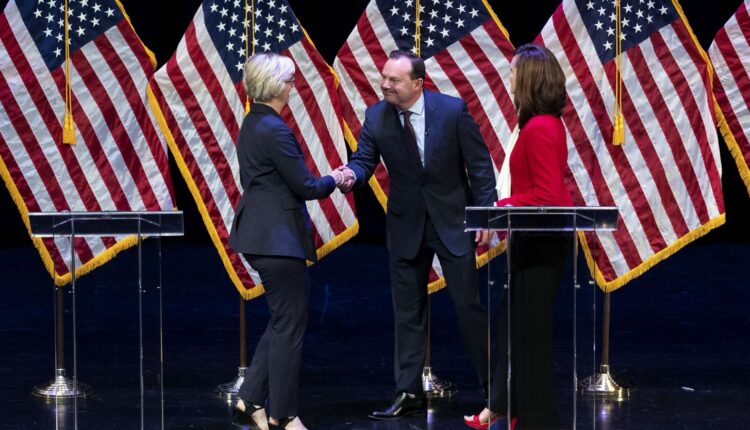 Inside the BYU years of Utah’s GOP Senate candidates

The student body president. The political science whizkid. The football coach’s confidant and daughter-in-law. When Becky Edwards, Ally Isom and Mike Lee face off in the Republican primary for US Senate next week, they’ll share at least one thing in common: a path to politics that began at Brigham Young University.

All three spent time as undergraduates in Provo — Edwards graduating in 1981, Isom in 1993 and Lee in 1994. Edwards also received a dual master’s degree from BYU, and Lee earned a law degree from BYU Law.

In brief vignettes, this series explores a few of the formative years for each candidate, and how BYU shaped their political careers and current run for office.