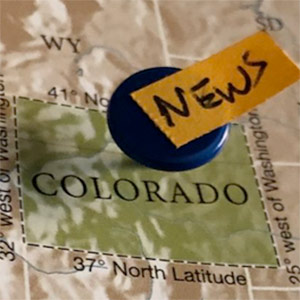 This story is an excerpt from a lengthy summary by journalist Corey Hutchins of the changes in Colorado’s media landscape in 2021. You can read the entire article here.

If 2020 was a thorn in the side for the local media business, as layoffs, vacations and deep cuts from COVID-19 thinned our news scene, 2021 ushered in a kind of “new normal”.

The local media industry hesitantly recovered along with recurring advertising revenue, and the year saw a bumper crop of digital news startups from Boulder and Denver, Broomfield and Franktown to Pueblo and the San Luis Valley. Colorado once again led the way in the fight to save local news – this time with a unique, first-ever effort in the nation to locally owned and run a number of Denver area newspapers. Elsewhere, changes in ownership affected about 20 other news organizations in Colorado, from ski towns to Trinidad.

In Loveland, a successful union campaign gave a Colorado newspaper the right to bargain collectively for the first time since the 1940s. And a team spirit among formerly competing journalists that grew in 2020 has taken root across the state in the past 12 months. The Colorado News Collaborative, known as COLab, grew to more than 250 journalists from more than 160 editorial offices by the end of the year.

Meanwhile, awareness of diversity, equity and inclusion in Colorado newsrooms was paramount for media reformers and some members of the press. Journalists of color pushed news organizations to get better – and they made an impact.

The blood-sucking vampire hedge fund owner who notoriously gutted The Denver Post has sunk his fangs in more newspapers nationwide. Some local outlets trying to build trust with their audiences still couldn’t wean themselves off from inappropriately sponsored content. And as long as April appears on a calendar, a publisher somewhere will be fooling himself …

In December, West Virginia-based Ogden Newspapers announced it will buy Swift Communications, a Nevada-based newspaper chain that operates a dozen or so Colorado newspapers, including Vail Daily. At the same time, Vail Resorts bought a ski resort from the West Virginia businessman who runs Ogden.

Meanwhile, Cherry Road Media, “founded less than a year ago” as a subsidiary of a “New Jersey-based technology company,” bought The La Junta Tribune, The Fowler Tribune, The Bent County Democrat, Ag Journal and The Trinidad Chronicle-News. The Trinidad newspaper’s previous owners were locals.

Colorado Democratic Congressman Ed Perlmutter co-sponsored a resolution reviving the House of Representatives’ feeling of the importance of local print and digital journalism to the continued well-being, transparency, and prosperity of government at all levels and survival and the freedom of the United States expresses states as they are known today. ”

Colorado received two mentions in Harvard’s Annual Nieman Lab Predictions for the Near Future of Journalism. One of them noted through fundraising campaigns for local newsrooms how “regional matching campaigns and collaborations in Colorado have picked up.” Another prediction described The Colorado Sun as one of the “next generation local news organizations.”

The Colorado Freedom of Information Coalition summed up what happened this year in terms of transparency and open government.

Gazette editor Vince Bzdek wrote a column on how the pandemic “weighs on journalists.”

When a windswept grass fire in a suburban area quickly turned into a monster fire storm that set about 1,000 homes in Boulder County on fire, local journalists and weather forecasters were quick to explain how climate change has helped create the conditions for it to be the most devastating fire in the history of the state will. A ‘Next’ fundraiser by KUSA 9news raised $ 1 million in a single day to help those affected.

As 2021 draws to a close, Netflix said “Don’t Look Up,” a star-studded comedy co-created by Denver journalist David Sirota and Denver-born Adam McKay, was the most watched release on the streaming media Service over the Christmas holidays. Ben Smith wrote about it in the New York Times and said the film “nails” our “media apocalypse.”

Corey Hutchins is the interim director of the Journalism Institute at Colorado College, the Colorado-based associate for the Columbia Journalism Review’s United States Project, and a journalist for several news agencies. Read more at https://coloradomedia.substack.com

Police Agencies to Participate in Distracted Driving Enforcement This Weekend