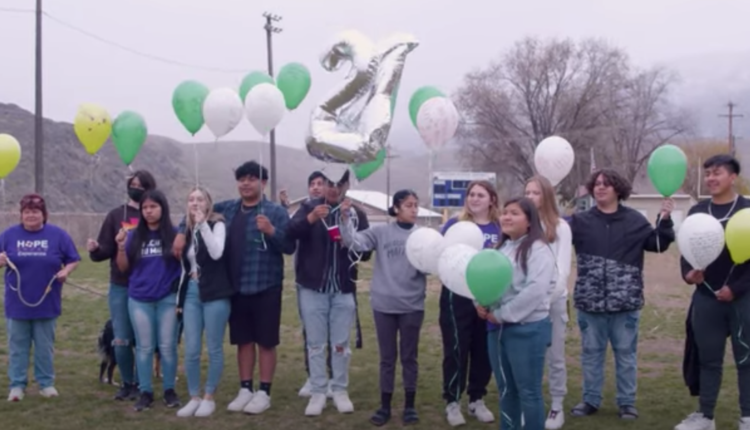 PATEROS – The void left behind by a beloved Pateros High School student who took his own life was sensed and seen throughout the school district this past year. However, determination by district staff and a group of courageous students who knew and loved the departed young man banded together to produce an emotional lifeline for those afflicted by an ailing mind. What materialized from it all? Hope Squad.

“It was amazing for us because it gave us something to do with our grief,” said Pateros School District Psychologist Holly Weston. “It brought all the kids together….”

Weston says the late student was a talented wrestler who made it to the state tournament with support of the community and fellow students, K-12, behind him.

In the ensuing months after the student’s death, a Hope Squad at Pateros High School was formed. Hope Squads are group support systems that prevent suicide through public awareness and education, reduce stigma, and serve as a resource to those touched by suicide.

“We had to talk about some hard things,” Weston said. “We talked about things to look for in peers and some kids feel like they had missed things with their friend and so, we really have to be careful and this is not about ‘you know you did wrong’ this is about ‘we didn’ t know and now we do better.’”

Harveen Gill is a senior at Pateros High School and is a member of the Hope Squad.

“Hope gives me a chance to live on with life. Just the word itself gives so much meaning to my life. I’ve had a lot of situations in life regarding not just suicide, loneliness, sadness and stress and all that stuff from family, school, life, and hope is something gave me a chance to live my life on. With the kids that are in the Hope Squad program, they give me a chance to smile; I go in everyday… this is what I live for. I have my family, I have my friends, everything. It made a really huge impact after this program started.”

Kinden Hook is a ninth grader at Pateros High School and a member of Hope Squad who was tragically subjected to suicide twice in his own family. Hook’s brother took his own life when Kinden was three and his sister committed suicide when he was 11.

“I really had to live with the stigma of being like ‘that family,’ you know. I just really felt like there shouldn’t be that stigma and I’ve always wanted to do something like that, but didn’t really know how and so I really thought the Hope Squad would be that perfect opportunity,” Hook explained. “No one really knows why that person had done what they had, but then Hope Squad brings us light to it. It’s giving trust in other people and tools to see how people behave and what that means for them. Knowing that there is someone or something out there that is going through the same thing as you but has made it through. Seeing someone who’s lived through that and knowing that you can do that yourself.”

School staff say the kids from the late student’s class came up with the idea to form Hope Squad and now take pride in helping kids having a difficult time.

In addition to Pateros High School, there are Hope Squads at Pioneer Middle School in Wenatchee and Wahluke High School in Mattawa.