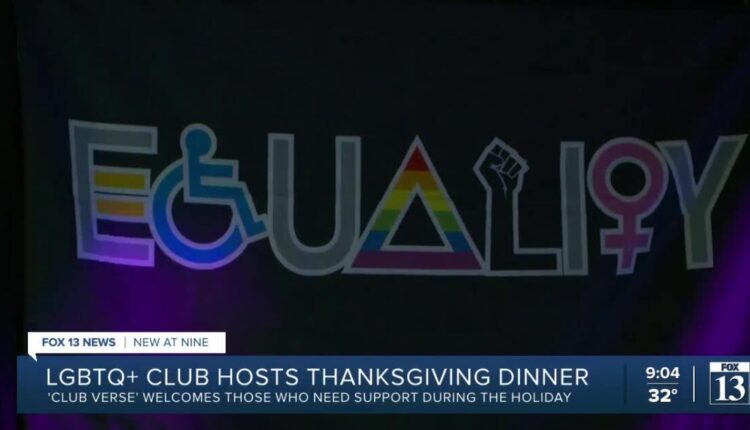 SALT LAKE CITY — Members of Utah’s LGBTQ community say Thanksgiving will now never be the same. The Club Q shooting has been weighing on their hearts all week.

“You know, the community comes together. We take care of each other,” said Jasmine-Arabella Post.

For Utahns who are LGBTQ+, the holiday season can be a very dark time.

“I’ve had friends who have been disowned by family members, so it’s kind of a tough time,” said Lynn Katoa. “We don’t want anybody to be out on the streets or be alone. We just want them to be able to come home.”

That’s why Club Verse hosts a Thanksgiving dinner for anyone who stops in.

“They can come and they can relax. They can breathe,” said owner Michael Repp. “They can actually just exist and not have concern about what’s happening around them.”

The owners hosted Thanksgiving dinner for seven years at their previous business. Club Verse opened less than a month ago and the owners are happy to begin the tradition at the new location.

Club Q in Colorado Springs had the same Thanksgiving tradition. The shooting has been on everyone’s mind every week.

In a time of hurt, there’s hope. For Tecuani Mckee, they came in to Club Verse knowing nobody and left with a place to freely be themselves.

“It’s just been very relational here. Which I wasn’t expecting,” they said. “I’m just really excited for the potential.”