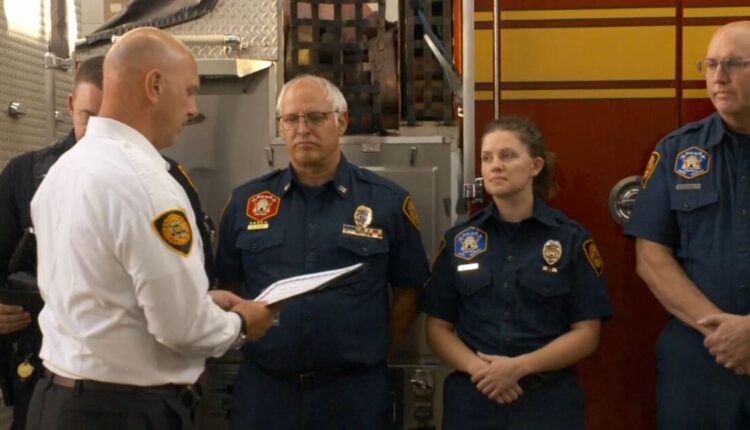 SALT LAKE CITY — A group of Salt Lake City police officers and firefighters were recognized Monday for their response to a shooting the night University of Utah football player Aaron Lowe was shot and killed.

“They went out of their way to save a life,” said Chief Karl Lieb with the Salt Lake City Fire Department.

On Sep 26, 2021, Fire Station 13 received a call and arrived at the scene, only to realize circumstances were far worse than expected.

“The firefighters that were on-scene needed help. They were waiting for more responders to come to the scene,” described Lieb. “In the meantime, police officers jumped in there and started taking care of the patient.”

“They were doing CPR on the one victim and trying to do breathing control on the other victim,” said Captain Matt Taylor.

Taylor said typically, one critical victim takes eight to 10 people to administer care. At the time, he only had two.

“I’ve been a paramedic for over 20 years. I’ve been to a lot of shootings over the years,” he told the group, “And your help on that scene, I honestly believe made a difference for the one victim.”

On Monday, five officers and four firefighters received the Meritorious Company Award for their actions that night.

“It entails actions that exceed your normal job descriptions, above and beyond what would be expected from a standard kind of response,” said Lieb. “They do these things and not everyone recognizes it.”

Bradford’s amateur filmmakers have been meeting for 90 years. Now they’re the stars