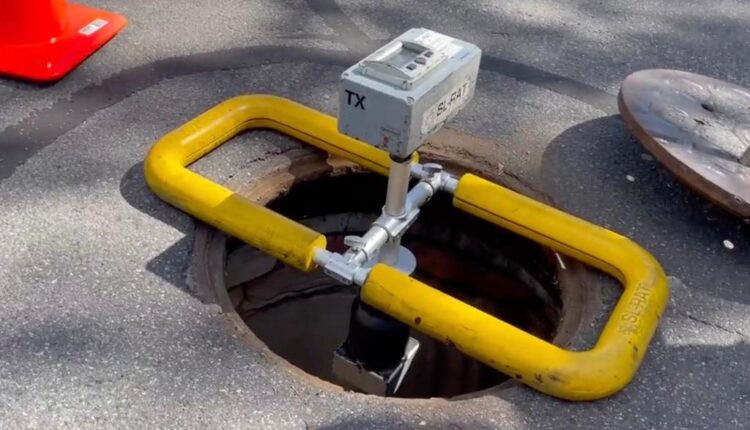 Residents of downtown Salt Lake City have reported hearing strange music coming from the sewers, sparking some to speculate that the sound may have extraterrestrial origins.

“[It was] just really kind of eerie, but it was beautiful,” Rosemary Olsen, a musician and downtown resident who reported hearing an augmented B chord repeatedly outside her window, told news station KSTLV.

Olsen told the outlet that she posted about the noise on the neighborhood app Nextdoor, where other residents reported hearing similar tones.

“Someone else said ‘Oh, that was my band practicing, it was supposed to be a minor 7th. I guess we blew it.’”

The mystery was cleared up by the Salt Lake City Department of Public Utilities, who said the sound was coming from the Sewer Line Rapid Assessment Tool, or Sewer RAT.

First used in 2015, the Sewer RAT system sends tones from one end of a maintenance hole to another; a change in volume indicates that there is a blockage or cleaning in the pipe.

“One [transmitter] will emit the tone and the receiver will listen for the tone,” wastewater collections manager Steve Terry explained.

“The receiver, as it listens for this tone to come through, then it will assign it a score as far as how open and unobstructed the pipe is.”

Public Utilities director Laura Briefer said that the Sewer RAT is an environmentally-friendly solution that keeps workers out of tight spaces and away from excess waste.

“We greatly reduce the amount of water and energy needed in order to do a traditional water line assessment,” she said.

Despite the noise, Olsen approves of the innovative Sewer RAT.

“I thought that’s very earthy work and they’ve made it into something ethereal and beautiful,” she said.