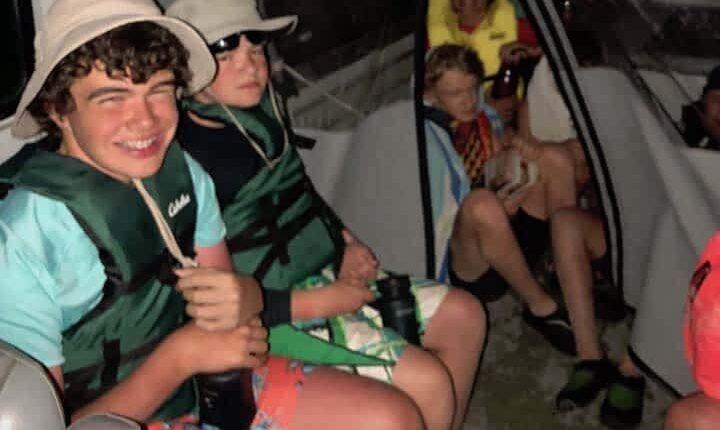 Sweetwater County Sheriff Mike Lowell said the group of nine Boy Scouts and three adults from Saratoga Springs, Utah, were on a rafting trip that began Thursday morning when they rafted their rafts in the Green River in the area Jamestown laid. Her plan was to drive down the green, to the Flaming Gorge, then south to the Big Firehole to join other members of her group who were already camping there.

By 9:00 p.m., the scouts had traveled about 15 miles downriver from Jamestown but were now in Flaming Gorge and were still nine miles from their destination at Big Firehole. It was getting pretty dark by now. Unable to paddle any further, they reached the east bank of the ravine and called for help using a handheld radio.

The group camping at Big Firehole received the call, drove east to a point where cell phone coverage was available, and contacted the Combined Communications Center in Green River. Two Sheriff’s Office NCOs, Steve Powell and Todd Poppie, responded to the call for help in the Sheriff’s Office Marine Unit patrol boat anchored in Buckboard Marina south of Firehole.

Lowell said MPs estimated the stranded party’s location and navigated north in the near-total darkness using the boat’s sophisticated radar, sonar and GPS system, and located the scouts near Slippery Jim Bottom around midnight. Neither in the group was worse for their experience and was transported to Big Firehole on the Marine Unit boat.

Lowell attributed the successful rescue to the skill and knowledge of Powell and Poppie. Powell, he said, has extensive law enforcement training and experience, and Poppie had a long career in the Navy before entering his current law enforcement service. 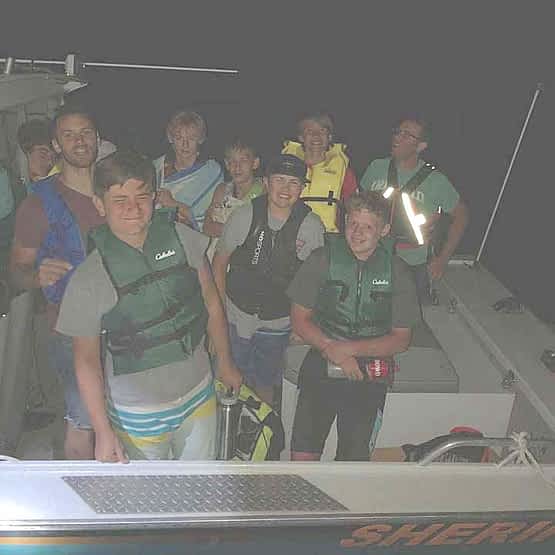 Nine of the group of 12 aboard the Sheriff’s Office Marine Unit boat. Sheriff Mike Lowell said the ship’s sophisticated navigation systems made the rescue possible. (SCSO)