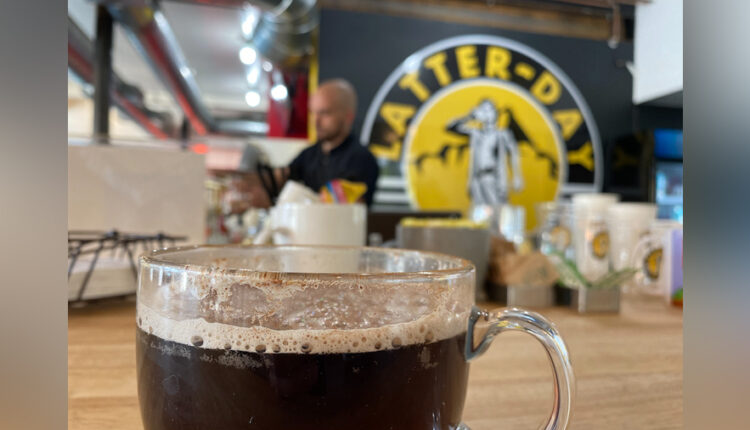 PROVO, Utah – New business has picked up on an unlikely product that it hopes will convert more than a few believers of the local religion.

Just blocks south of Brigham Young University, Latter-Day Café at 495 East and 600 North serves coffee-flavored hot and cold drinks that don’t quite taste how they taste.

Draper said the drinks are made with capomo, also known as a Mayan nut.

While Capomo is caffeine-free, customers have a choice of whether or not to add caffeine to their creations.

The consumption of coffee and tea violates the word of wisdom of The Church of Jesus Christ of Latter-day Saints.

Draper said he converted to church as a teenager and gave up coffee at the time.

When the COVID-19 pandemic broke out, Draper said he was involved in real estate in Pennsylvania.

“When the eviction freeze occurred, half of my tenants just paid the rent overnight because there was nothing I could do about it,” he said.

Draper said he had returned to a personal passion – creating “the world’s best counterfeit coffee”.

The Latter-Day Café in Provo opened its doors on September 1st. On the Latter-Day Café website, the company says the product “serves to satisfy the coffee cravings of both the millions of Restored Church members whose spiritual and health standards prevent them from enjoying coffee freely, and the millions others who love the taste of coffee but feel uncomfortable about the serious damage that coffee growing is causing to the most sensitive ecosystems on earth. “

Draper said he’s looking in the community for partners to help the fledgling company expand to new locations on the Wasatch frontline.

In the meantime, he said business has gone from stable to busy at his first location and he hopes this continues.

“It’s a healthier coffee alternative, it’s more environmentally friendly than coffee,” said Draper. “The word is spreading. You invent a better coffee and the world will find a way out for you. “