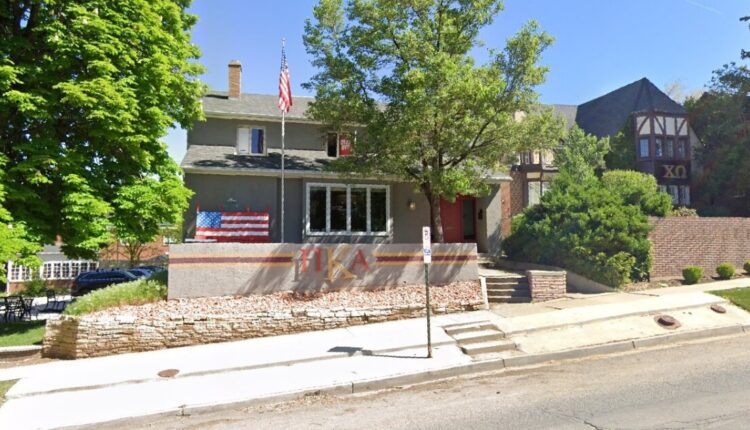 U of U student claims being drugged, sexually assaulted at fraternity

SALT LAKE CITY — Police are investigating after a student claimed they were drugged and sexually assaulted at a University of Utah fraternity house.

The university said a student went to the Pi Kappa Alpha house on Thursday and “remembers feeling sick, nauseous, and as if they had been drugged,” according to an alert release.

When the student was taken to the hospital, they reported that they had been sexually assaulted at the fraternity house. Hospital staff and the university police department contacted the Salt Lake City Police Department about the allegations.

“I was like, ‘Oh my gosh.’ and I didn’t think that would happen again because I heard about a couple, a couple months ago, and I was kind of crazy, it can’t happen again,” said student Megan Morris.

Because the fraternity is located off-campus, Salt Lake City police are now leading the investigation.

In a statement released Monday, the university said Pi Kappa Alpha leaders are cooperating with police, and all social events at the fraternity have been suspended until further notice.

“The University of Utah supports and believe victims when they report cases of sexual violence. It takes great courage to report these crimes, and we encourage survivors to reach out in the wake of these notifications for support from friends, victim advocates, counselors and/ or law enforcement,” the statement read.

In April, fraternity and sorority leaders sent out a letter addressing alleged sexual assaults occurring in Greek houses. They said they stood by survivors and pledged to improve education for their members. The letter came months after the university suspended fraternities and sororities after two reports of sexual assaults that had allegedly taken place at fraternity houses.

Students say more education and resources need to be made available to keep incidents involving sexual assault from happening on campus.

“I hope whatever it is, that everyone is safe and that progress is going to be made going forward and stuff to try and eliminate that from happening again, but, it’s still pretty terrifying,” said Megan Morris.

Officials ask anyone who knows anything about the incident to reach out to police at 801-799-3000.

Students who have been harmed by sexual assault are asked to reach out to the university’s victim-survivor advocates. To make an appointment: call 801-581-7776, or email [email protected]