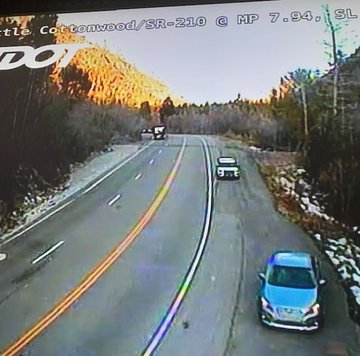 On Sunday afternoon, there was an accident involving a rolling minivan traveling north on I-15 at mile post 246, two miles north of Santaquin. According to Sgt. Cameron Rodin of the Utah Highway Patrol, all four people in the minivan were buckled up and were not injured.

The UHP also reports that the minivan had a tail that got it rolling.

On Sunday evening, a fatal accident on Little Cottonwood Canyon / SR-210 forced the highway to be closed at mile post 8, near Tanners Flat.

The highway was expected to be closed for several hours on Sunday evening, causing significant delays. However, a lane was opened in both directions shortly after 8 p.m. Nevertheless, according to the authorities, significant delays and temporary closures by drivers can be expected.

The traffic on Saturday was no better

On Saturday, traffic on I-15 near Roy southbound was jammed for miles due to three separate accidents against 5600 South. There were also heavy traffic jams on I-80 near Tooele that lasted for several hours.