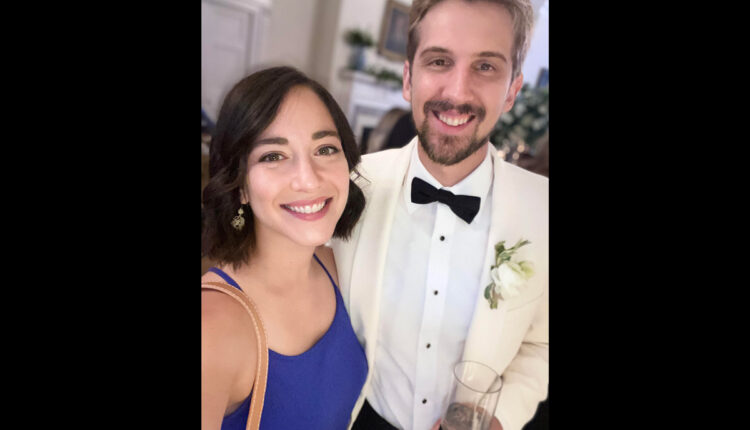 Elizabeth (Liz) Essman, daughter of Richard and Vicki Essman of St. Louis, and John-Christopher (JC) Ogden, son of Jared and Judy Ogden of Blairesville, Ga. have announced their engagement.

Liz is the granddaughter of Herbert and Sue Orenstein; Betty Shaikewitz Morgan and the late Joseph Shaikewitz; and the late Noel Essman, all of St. Louis.

Liz graduated from Mizzou and earned a master’s degree from Indiana University’s School of Public and Environmental Affairs. She is the operations manager of a local nonprofit and adoptive mom to a 5-year-old lab mix named Miley.

JC graduated from Sewanee University of the South, followed by a master’s degree in Accounting at Vanderbilt University. He works as the financial controller of Triumph Systems. Aside from his CPA, JC earned the title of Thru-Hiker, backpacking the 2000+ miles of the Appalachian Trail.

A September 2022 wedding is planned.