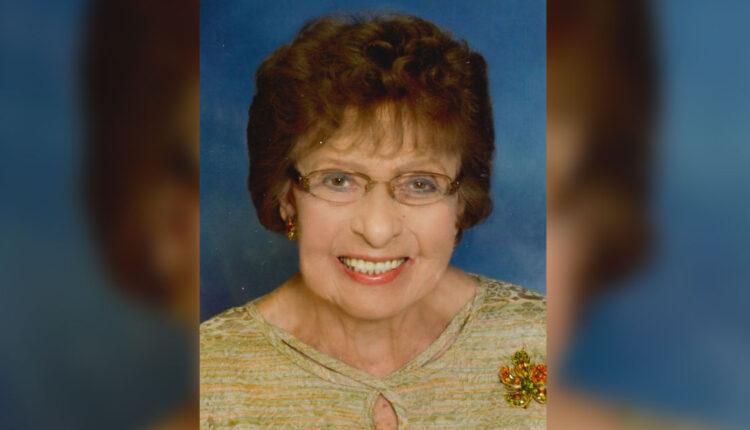 Marna was baptized on May 26, 1935, at the Union Congregational Church in Green River, Wyoming. Marna grew up in Green River, Wyoming and graduated from Lincoln High School as a Salutatorian with the Class of 1950. She was immediately hired by Westvaco Chemical Corporation, later known as FMC Corporation. Marna was the secretary to the first five plant managers for 16 years.

She resigned from her position at FMC in 1966 when her daughter was born. Marna was united in marriage to Mahlon Grubb in 1955 and later divorced in 1982. During their time together they enjoyed raising their two children, Melanie and Michael. When their children were growing up, they especially enjoyed water skiing and camping at Half Moon Lake.

In 1982, Marna was employed by the City of Green River as an Administrative Assistant to the mayor and city administrator. She was then promoted to City Clerk and served in that position until her retirement in 1997. While working for the City of Green River, she was honored as the Outstanding Employee in 1987. In 1995, Marna was honored for Outstanding Achievement in municipal service by the Wyoming Association of Municipal Clerks & Treasurers.

In September of 1992, Marna received the Judge & Mrs. Percy Metz Memorial Award for research and preservation of Green River History from the Wyoming State Historical Society. In 1992 and 2002, she was awarded the Distinguished Citizen Award from the City of Green River. In 2005, Marna moved to Seward to be closer to her daughter, Melanie, and her family. While in Green River, Marna became a member of Emmanuel Lutheran Church in 1965.

After moving to Seward, she was a member of St. John Lutheran Church. Marna also enjoyed the Lutheran Women’s LWML, the Seward Senior Center, Seward’s Women’s Club and playing pinochle.

A service was held at 10:30 am on November 10, 2022, at St. John Lutheran Church, Seward with Pastor David Rempfer officiating the service. In lieu of flowers, memorial contributions may be made to the Sweetwater County Historical Museum, 3 East Flaming Gorge Way, Green River, WY 82935 or to the Wyoming Children’s Society, PO Box 105, Cheyenne, WY 82003.