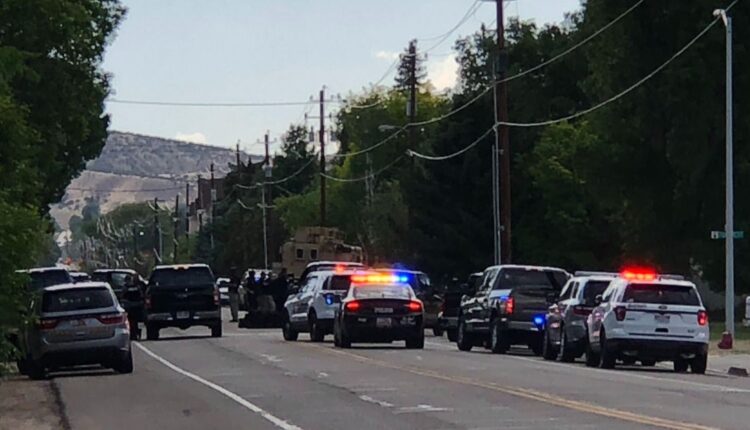 VERNAL, Utah – Vernal police have arrested a suspect in connection with a shooting that resulted in a man being hospitalized.

According to Vernal Police, the dispatch received a call for an unknown reason to dispatch medical personnel in the 250W and 400N range in downtown Vernal.

When the officers arrived, they immediately found that a grown man had been shot multiple times. Medical staff provided care and took the man to a local hospital.

Officers were able to identify a potential suspect in the shooting and a group of officers was dispatched to track down the suspect.

About half an hour later, officials were conducting a traffic check on a vehicle near 700 W and 450 S when the suspect escaped from the vehicle and ran on 500 S to a nearby apartment.

For the next two hours, the police tried to negotiate with the suspect. The man eventually left the apartment and did not cooperate with the orders and made his way back to the house. Upon entering the house, a police K9 was released and the suspect was taken into custody.

The suspect received medical attention on the spot and was taken to a local hospital for treatment for bite wounds.

500 S was closed during the incident and surrounding homes were asked to seek shelter on site for security reasons.

No identities or the condition of the victim were released.

From bath bombs to resin jewelry, Craft Lake City has a workshop for you at the annual DIY Festival