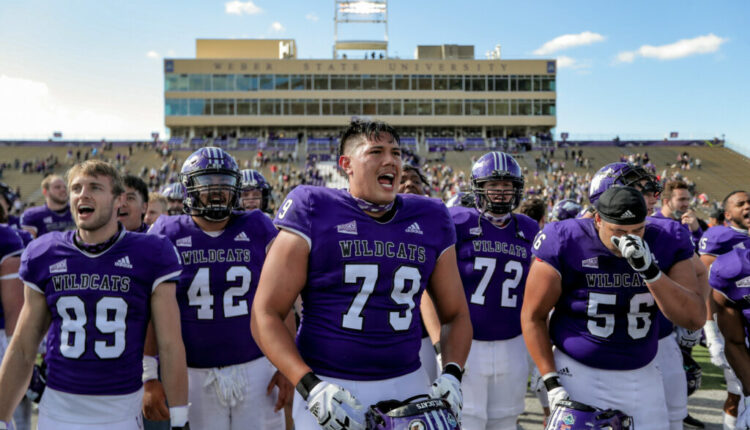 After the miraculous roller coaster ride that Weber State won 28-23 against Northern Arizona on March 27, the Wildcats are now turning to their next opponent – rival Southern Utah University.

The WSU will travel south to Cedar City on April 3 to take on the Thunderbirds.

While SUU only has a 1-3 record, the record may not fully tell how good the team really is. The three defeats of the Thunderbirds brought together only four points.

The wildcats defenses have their hands full as they try to contain a dangerous Thunderbird air strike. In four games, second quarterback Justin Miller has thrown 1,100 yards, 13 touchdowns and three interceptions for SUU.

Miller threw a season high of 422 yards and 3 touchdowns in SUU’s loss to Idaho on March 27th.

Miller has two talented receivers in Brandon Schenks and Landen Measom, both of whom receive an average of over 70 yards per game while combining nine touchdowns.

The Thunderbirds’ passing attack is second in Big Sky at 297 yards per game, while the Wildcats allow the conference’s second smallest number of passing yards at 215 yards per game. The ability of the Wildcats secondary to take in Miller and his recipients will be an important matchup to look out for.

Offensively, the Wildcats will seek to use their ground play on the heels of a dominant 253-yard rushing performance against northern Arizona. SUU allows just over 120 rushing yards per game.

Weber jam Josh Davis comes in and leads the Big Sky in frantic yards at 106 yards per game.

It’s been almost 18 months since these two teams last met. The Wildcats defeated the Thunderbirds in this competition with a score of 29-14 in Ogden.

Wildcats No. 2 seem to improve to 4-0 over the course of the season.